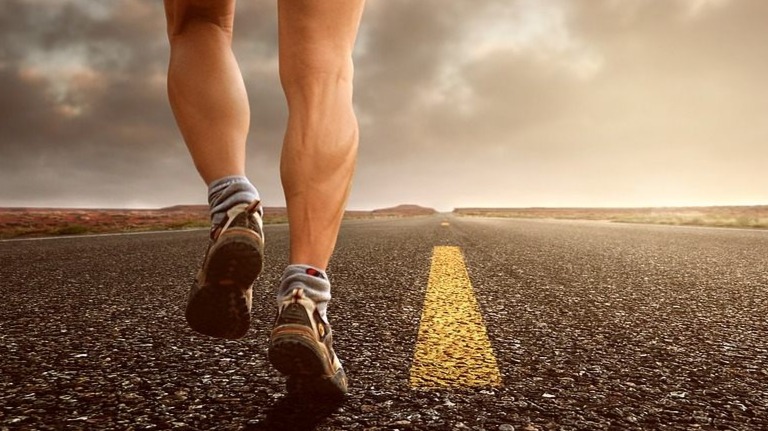 Move to Earn: STEPN Up My Crypto Game

Now, when it comes to the world of crypto, I've got to say that even with all the hitches and hiccups along the way, it just keeps getting cooler. And with all the developments in blockchain gaming lately, I'm guessing pretty soon traditional gaming companies will either have to get on board or get out of business. You either adapt or die, right?

By the way, have any of you guys invested in STEPN yet? It was a Binance Launchpad project launched early last month, and at the time of this post, the token is exchanging hands at $2.39, down 23.3% from its all time high two days ago, but 2265% higher than its all time low price of approximately $0.10 on March 11th. Full disclosure, I haven't invested, but the project has caught my attention.

STEPN is part of a new wave in blockchain gaming called move to earn. Similar to play to earn, it proposes to compensate users in crypto for simply staying active. Now, guys, when you have an active lifestyle like mine, flitting from one thing to the next, a project like this seems pretty attractive, right? So is it feasible? Let's discuss.

What is Move to Earn?

According to CoinGecko, Move to Earn (M2E) is a web3 concept similar to the gamified exercise movement popularised by Nintendo in games such as Pokémon GO as well as other fitness games in its Nintendo console and the Wii. In addition to the appeal of healthy living, however, M2E kicks up the attraction a notch by offering financial rewards simply for being active.

STEPN is one of a few M2E games. It captured attention traders in the past month because its price was soaring, and so it attracted a wave of FOMO traders. There are other M2E games, however, among them the Solana based NFT game Genopets, a move to earn NFT game designed around a digital spirit animal which evolves according to your daily activity, and sweat mining app WIRTUAL where you earn WIRTUAL rewards for walking, running, swimming, and cycling.

A closer look at STEPN

STEPN is a free mobile app which rewards users for walking. Now where are my running shoes?

Oh, right, there's a hitch, so before you throw out your Fitbit, let's move in for a closer look.

While users can try out the app for free, there's a somewhat steep entry price if you want to earn crypto.

For STEPN to work so that you can earn cryptocurrency, you'd have to purchase NFT sneakers which last for a certain amount of time... and with beginner prices of approximately $800 to $900, they aren't exactly cheap sneakers, all right?

To buy the sneaker, you have to deposit SOL into STEPN's in app wallet, and then you have to wait for the energy to be replenished. Oh, and about the energy, while you may personally have the energy to be on the go all day, your sneakers won't, so depending on the level of sneakers you purchase- there are four types: walker, jogger, runner, and trainer- there'd be a different allotted time for energy. So, $800 for like ten minutes every day.

Still, if you're into the game, and you're willing to make the deposit, walkers earn green satoshi tokens (GST) as the in-game currency which can then be swapped for SOL. GMT is the governance token. Some users are saying the investment is worth it,

So guys, what are your thoughts about STEPN and the move to earn concept? Will you be investing in an NFT sneaker and stepping into this new realm? It's pretty cool if you could afford it, I guess. It's early days yet so I can't speak to the sustainability of the project, but it is definitely interesting. I'd only wish the price of the sneakers were a bit cheaper, but then, if your daily rewards are significant, I guess it's understandable. And if you can't afford to earn with STEPN, will you be looking at one of the other M2E games?  If you've already tried out a move to earn game and earned rewards, I'd love to hear about it.

On another note, do you see traditional gaming companies getting in on the action soon? I mean, Ubisoft is already in and Nintendo has indicated that it's interested though there are no immediate plans to join blockchain gaming. So what do you think the next few months will bring? I think we can all agree that if there's one thing the metaverse has shown us these past months it's that a lot can happen in a short time, right? And so, I'm definitely interested to see what happens in the coming months.

Well friends, it's Sunday, and all this talk about blockchain gaming has whet my appetite. I think I'm going to watch a rerun of Ready Player One. Seems apt.

Before I go though, I'd like to take this moment to thank you for your time, attention and support since I've been on this platform. I truly appreciate each of you. Have a great day, my friends, and please remember to be safe. Arrivederci!

This article was first published on read.cash where I blog under the pseudonym Trifecta.