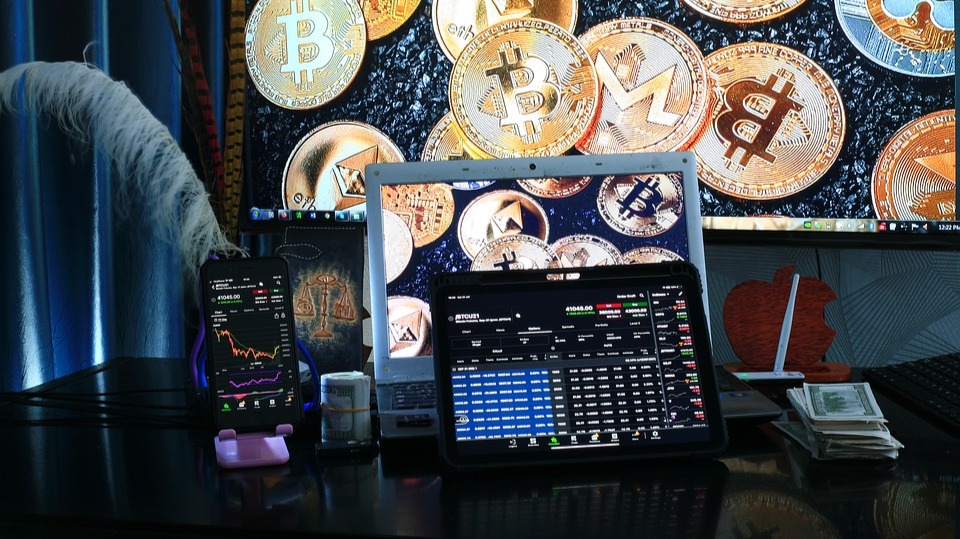 I Like Crypto, Does This Make Me A Psychopath?

Guys, I'm sorry, it's taken me some time to bring an update to you this morning. I was sitting and penning  a short note to the team of Australian professors who recently published a study labelling people like me who like cryptocurrency as impulsive, psychopathic, Dark Tetrad personality types. I mean, guys, really? So we're going to stoop to insults now?

According to a report published by The Conversation, Professors Di Wang, Senior lecturer at Queensland University of Technology; Brett Martin, Professor of Marketing at Queensland University of Technology, and Jun Yao, Senior Lecturer in Marketing at Macquarie University, argue that there's a close relationship between Dark Tetrad personality traits and cryptocurrency. And if you're wondering what dark tetrad personality traits were, my guys, I didn't know what they were either, but I sho' did find out.

According to PsyPost, "Dark Tetrad traits describe the anti-social personality traits of narcissism, Machiavellianism, psychopathy, and sadism... Narcissism involves the tendency to be overly concerned with one’s self-image, Machiavellianism involves the tendency to be deceitful and manipulative, psychopathy includes callousness and lack of remorse, and sadism involves pleasure from inflicting pain on others." It appears that these personality types are more likely to believe wild conspiracy theories and invest in highly speculative investments with wildly fluctuating prices like Bitcoin and other cryptocurrencies.

The Australian professors explain that cryptocurrency investments appeal to gamblers because of their high risk and potential for high returns, and to persons who distrust government because they are not backed by traditional, fiat currencies. These findings are based on an online study of 566 persons, 26% of whom reported they own crypto while 64% expressed an interest in crypto investing.

Well, guys, it's interesting that the goodly professors would arrive at this conclusion after their detailed research and so I wanted to find out what criteria they used to classify their respondents. Were they only Australians? Were they respondents from developed economies? Were they business people, executives, university graduates? I couldn't immediately access the details in the study itself and- wild, gambling personality type though I may be- I wasn't exactly willing to pay US$35.95 to get it either.

And so, the next best thing was a letter to the professors, right? See, I wanted to explain to them that if Dark Tetrad was the label that I must wear, then maybe they should understand the push and pull factors that contributed to my introduction to the world of cryptocurrency which included the need to find a legitimate way to earn an income when other avenues weren't forthcoming; the benefits of using a quick, efficient, and low cost payment system that is not limited by geographic borders; and yes, after having my access to very small sums of money limited by mainstream finance, an alternative to the traditional financial system.

I am also very confident that there are quite a few other people like me who have myriad other reasons for supporting cryptocurrency, including a love of technology, for example, and I felt that the disclaimer tucked away at the bottom of the article stating that, "we are not suggesting that everyone interested in crypto displays dark tetrad traits" was a little disingenuous.

Anyways, guys, if you'd like to read more about the study, and you're willing to make the investment to get it, I'll share a link with you right here.

But tell me, my friends, do you think that this assessment by the team of marketing professors was fair and accurate? Would you say that your interest in cryptocurrency is driven by a dark, evil, selfish, Macchiavellian, sadistic side? I don't know, guys, I reject it, but then again, maybe I'm in denial.

Anyways, my friends, I'm off again. There's been some concerning developments over in India where cryptocurrency exchanges appear to be slowing down operations following the introduction of the 30%  tax on cryptocurrency gains from  the beginning of this month, and as reports show the volume of crypto transactions plummeting. I'm keeping tabs on it, and I'm also paying close attention to the US where data, to be released by the Labor Department today, is expected to show high inflation. Against all of this, cryptocurrency prices have been plunging over the past few days, with a Bloomberg report projecting that Bitcoin could fall to as low as $26,000.

These are indeed rocky times, my friends. And so, as I leave you, I urge you, as always, to be very careful. Arrivederci!