Another Look at FTM

So guys, at the time of this article, Fantom (FTM) is trading at $1.38, after plummeting from a height of $3.28 in January to lows of $1.04 just about ten days ago, due  in part to an overall slump in crypto prices coupled with the FUD that followed the announced departure of prominent developers Andre Cronje and Anton Nell.

Is this new rally a sign that FTM is recovering from the shock of Cronje and Nell's announcement? Do you think that the project will return to its glorious heights and that it is in fact independent of the moves of any one developer? Or do you think that FTM's rising prices is  solely as a result of an overall rally in the market? Let's get into it.

Another look at FTM 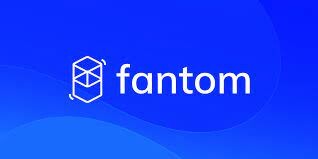 Created as part of the Fantom Foundation in 2018 by South Korean computer scientist, Ahn Byung Ik, Fantom describes itself as a decentralized, highly scalable, permissionless and open-source blockchain platform for DeFi, crypto dApps, and enterprise applications.

Its mainnet, Opera, was launched in 2019, and today is run on a DAG-based asynchronous non-deterministic algorithm which helps to lower the costs and increase the performance of dApps while also enabling the use of smart contracts.

As with fellow competitors, Fantom seeks to solve the Blockchain Trilemma, ensuring speed, security and decentralization. It enjoys a transaction speed of between one and two seconds, boasts  at transaction costs of $0.00001. Due to its decentralized nature, decisions relating to new changes on Fantom, including, upgrades other key decisions defining the network's roadmap, are reserved for holders who stake their tokens in Fantom's network.  FTM is the native token of the Fantom network and 80% of FTM available is already in circulation.

Among the many projects in the Fantom ecosystem are Yearn Finance, SpookySwap, Curve, CREAM, Beefy Finance and others.

Statera is available on the Fantom network as well.

The Fantom project gained popularity in 2021, with FTM rising in value from a low of $0.01 on January 1 to an all time high of $3.46 in October of the same year. And though the token later lost some of this value due to an overall slump in the market, it had certainly attracted a lot of attention from investors.

Cronje and Nell's relationship with Fantom 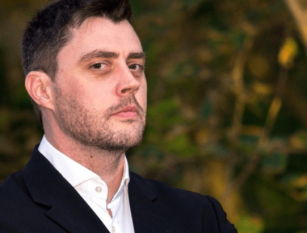 Andrew Cronje, a prolific blockchain programmer and Yearn Finance Founder, worked with the Fantom Foundation for three years and eight months. Anton Nell was a senior solutions architect on the Fantom network.

At the beginning of March 2022, the crypto community was shocked by the announcement that both Cronje and Nell were both leaving the crypto space altogether. The announcement came from Nell via a tweet on March 6th where he quickly assured that the decision to leave was not the same as a rage quit because of online hate for a crypto project or a knee jerk reaction because "building in defi sucks". It was a decision that had been coming for some time now.

And, with the crypto space being as volatile as it is, of course, FUD kicked in and prices plummeted as investors scrambled to stave off losses. Yearn Finance lost double digits as did FTM, prompting at least one developer on Yearn Finance to note that Cronje had not been actively involved with the project for some time.

To add fuel to the fire, media outlet Rekt published an article on March 9th  titled "The Fantom Menace". The article which has since been deleted, alleged that the DeFi space was corrupt and that Fantom, Solidly, SpookySwap, Abracadabra, and Geist were "multiple projects all entwined into a system designed to extract maximum value for a small set of insiders who are now steadily exiting the stage".

Reporting on the movement of FTM tokens from private whale wallets held by the Foundation to centralized exchanges and an alleged subsequent fall in prices, Rekt concluded that in the best case scenario, Fantom was showing gross mismanagement of foundation funds, while in the worst case, "the entire network has been misappropriated in order for one individual to take as much profit as possible".

Shortly after the Rekt article, as investor confidence plummeted further, the Fantom Foundation also published a statement roundly condemning the Rekt  article as "full of factual inaccuracies" with the potential to cause harm.

Pointing out that Fantom's success is not as the result of one individual's contributions or a handful of persons, but rather due to the input of thousands of persons, the Foundation noted that its intent "has always been to help grow and support the ecosystem by developing a decentralized, permissionless, and leaderless chain that anyone from the world can interact with".

The Foundation also pointed out that Cronje, while confirming his intent to leave the DeFi and crypto space, had clarified that the Fantom team had been nothing but honorable throughout his engagement with them. Cronje had also expressed his confidence in the technology adding, "I have no doubts that they will continue to succeed.”

Further, it was noted that Cronje did not build Fantom's technology- "no one person can"- and was associated with Fantom primarily as a high level advisor, while Nell was never a core developer of Fantom.

"Andre helped establish the existing team of developers, but it is the team themselves that have built the Fantom technology stack," the Foundation stated. "Some of the developers on the core team have been with Fantom for years, and are actively making further improvements to the technology going forward, most notably with the middleware / FVM, and snapsync, which will allow nodes to sync much faster."

It was also clarified that neither Cronje nor Nell terminated any projects but rather handed over any involvement, e.g. user interface to existing teams: "Andre and Anton have not been running 25 projects simultaneously. No two individuals could. As mentioned, many (if not all) of these projects have their own teams."

So where does that leave Fantom, and what does the future hold?

With a general upswing in the market, it appears as though FTM is slowly recovering ground. At the time of this article, FTM tokens were exchanging hands at $1.38, having risen somewhat from a low of $1.04 this month. While I can concede that some of this is due to the overall positive sentiment in the markets lately,  I also believe that FTM will continue to recover and grow over the long term.

The FTM project itself seems solid, and while Cronje's skillsets will be missed, no doubt, as would Nell's, I actually believe that the project might benefit  from growth away from a centralizing figure(s). Some analysts are projecting that the token can hit a new all time high this year. While I may not venture so far- call me conservative- I do believe that it will recover the ground lost. This, of course, is just my opinion as a humble sailor of the crypto-seas and certainly not investment advice.

But tell me guys, what do you think? Do you think that FTM will continue to grow and hit an all time high this year? And what do you think of Cronje's latest decision to leave the crypto space altogether? I know we're rehashing an old conversation, but now that the dust has settled giving us more time for a clearer perspective, I'd love to hear your thoughts on this one.

Okay guys, that's it for now. I'm off again in my quest to find noteworthy projects and stories. Until the next one, please remember to be safe. Arrivederci!