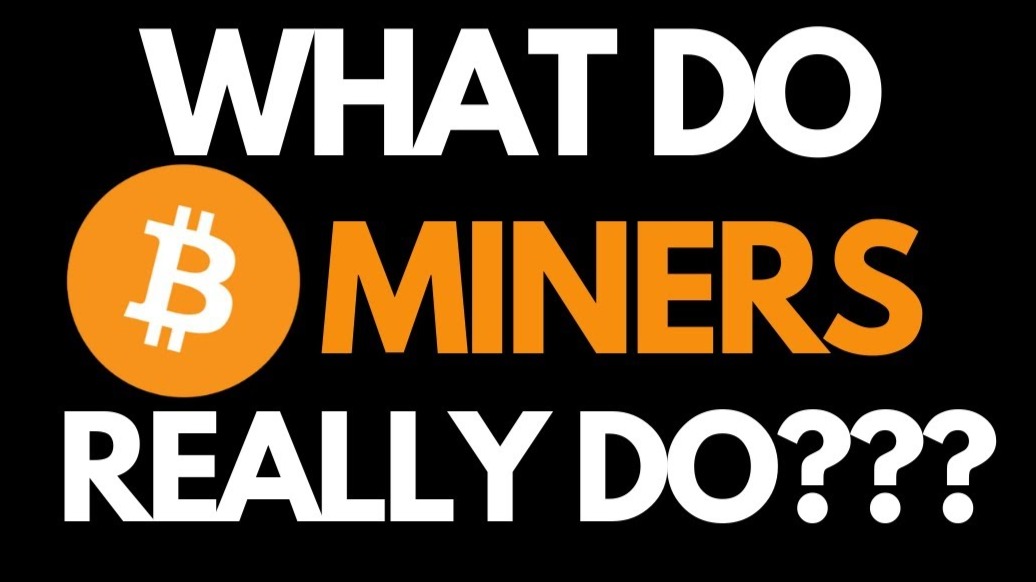 What Do Bitcoin Miners Actually Do? ₿ How Bitcoin Mining Really Works?

In this video we are going to answer the question, What Do Bitcoin Miners actually do?

We have all heard that mining computers are working to solve a complex mathematical equation, but in this video we will discuss specifically what they are doing to solve that equation and earn the mining reward.

The block header is hashed over and over by miners by altering the nonce value. Through this repetition, Bitcoin miners attempt to create a proof of work, which helps miners get rewarded for their contributions to keep the blockchain system running smoothly and efficiently.

As a part of a standard mining exercise, a block header is hashed repeatedly by miners by altering the nonce value. Through this exercise, they attempt to create a proof of work, which helps miners get rewarded for their contributions to keep the blockchain system running smoothly and efficiently.

The difficulty target is a measure of how difficult it is to mine a Bitcoin block, or more specifically, to find a hash below the given target. A high difficulty means that it will take more computing power to mine the same number of blocks, making the network more secure against attacks. This also keeps the time to mine a block constant at around 10 minutes.

The "nonce" in a bitcoin block is a 32-bit (4-byte) field whose value is adjusted by miners so that the hash of the block will be less than or equal to the current target of the network. The rest of the fields may not be changed, as they have a defined meaning.

The miner or group of miners who guesses the correct value is granted the mining reward.

A Chain of Blocks