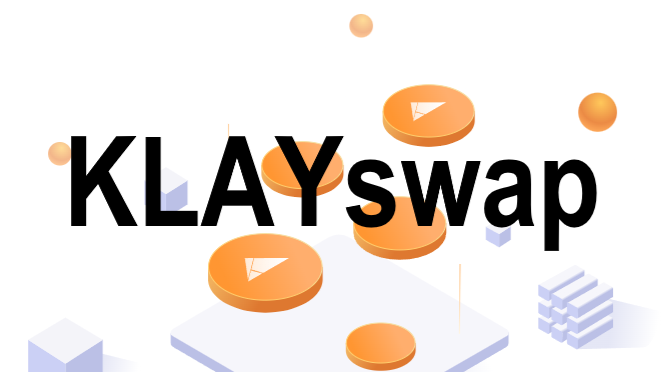 KLAYswap KSP: A Decentralized Exchange on the Klaytn Blockchain

KLAYswap is a DEX for Klaytn tokens and the most used dApp on its blockchain.

Klaytn is a blockchain that is very popular amongst businesses in Asia because it makes it easy for them to build their own private blockchain projects that all connect to a public main chain where they can interact with each other and profit from the security of a public chain without compromising on the features of their own chains. The main chain itself can run dApps that can be used by anyone. The KLAYswap protocol is one such dApp for decentralized trading.

Decentralized exchanges are a fundamental part of any DeFi ecosystem, because not only do they allow people to trade tokens but can also be used by other dApps and their developers. Being able to buy a token is necessary for a project to grow and raise funds and any dApp that liquidating collateral or uses part of its fees to buy back and burn its native token needs a DEX for that. The governance of the Klaytn blockchain is rewarding their developers which means that there will be likely be no shortage of dApps and the KLAYswap could become a core application of the entire blockchain.

The DEX works like Uniswap does. There are liquidity pools for trading pairs that offer their supplied tokens to traders. The price is set automatically by the protocol that bases the price depending on how much of the two tokens are in the liquidity pool relative to each other. The Orbit bridge also allows the trade of tokens from other chains on the DEX.

Every smart contract blockchain needs a DEX and KLAYswap is filling that role for Klaytn. It could grow a lot if more people use its blockchain and build more dApps on it. Since Klaytn is fast, scalable and very popular in Asia especially amongst businesses it could become a very big player in the crypto world. However, the Klaytn blockchain is rather centralized which makes KLAYswap also centralized despite it having a fair launch for its token.

KSP is the native token of the KLAYswap protocol. It is used for governance, as reward for depositors and to pay a fee that is being burned for creating a new token pair. 50% of the transaction fees generated are also used for buy backs and burns of KSP tokens.

There is a max supply of 126,144,000 tokens. There was a fair launch which means that there was no pre-minting or pre-sale but instead the entire supply was from the beginning mined by liquidity providers. The amount of tokens that are being distributed is being halved every two years which means that early supports are earning the most, in fact 50% of the entire supply is being distributed in the first two years.

5% of the supply is earned by single side depositors, 55% is being earned by normal and plus liquidity providers and 40% is being earned by existing KSP holders that are staking their tokens in the governance pool. For the first two years there will be a 15% commission fee on all minted tokens that are going to the developers to fund further development in the early years of the protocol. This will stop after 2 years and in total 7.5% of the entire supply is going to the devs.

The value of the KLAYswap token depends on how many funds are in its protocol and on how many transaction it is processing. Since it’s the main DEX of its blockchain it will grow together with it since most new dApps on Klaytn will depend on KLAYswap for trading. There is a max supply that was launched in a fair way and it’s mostly going to early and long term supporters, there are also burn mechanisms that will give the token more value if the DEX is used more. The only downside is that Klaytn itself is kind of centralized.

The token is currently not supported by any bigger centralized exchange. The best way to buy the token is thru the KLAYswap DEX directly but you need KLAY coins for that. You can use the KLAYswap with a normal MetaMask wallet if you connect it to the Klaytn blockchain.