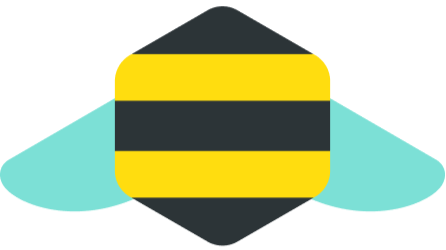 1Hive is proud to introduce you to Celeste, a Subjective Oracle protocol which is used for resolving disputes. Celeste is a fork of Aragon, built by the 1Hive community, with a few differences which help in protecting the users and the system as a whole.

To become a Keeper (active participant in Celeste) you need to stake HNY (dashboard guide: https://1hive.gitbook.io/celeste/keepers/keeper-dashboard), and you also pay fees in HNY in order to create and appeal disputes.

You may ask ‘Is it necessary?’. For example, if someone creates a proposal to take a large amount of money from the common pool without any obvious benefit to the community and they currently own a large amount of HNY, there is no way for other HNY holders to prevent them from staking their HNY to that proposal and stealing the money. With Celeste this proposal could be challenged and should Celeste deem it not inline with the 1Hive Agreement, it will be cancelled. By adopting Celeste we will see the gini-coefficient (difference in wealth/power/income) of Honey decrease resulting in a more resilient and decentralized community.

To create an action (proposal or a vote), a user must put a collateral of 0.3 HNY in Honey Pot. If the action is finalized/executed/cancelled, the user can claim the collateral back. Actions can be challenged anytime they are available for being voted on. The challenger specifies a settlement amount and puts in his challenge amount (0.3 HNY) plus Celeste fees. Within 3 days the creator can settle the action. But, if it happens that the creator disagrees with the challenge, he can choose to dispute it which raises it to Celeste to decide the outcome.

When a dispute is raised to Celeste, there is an evidence period of 7 days, within which both parties can submit evidence. Once evidence has been submitted, the first draft will employ 3 Keepers. Drafted Keepers must decide on the outcome. They have 2 days to commit a decision and 2 days to reveal their decision. If a Keeper leaks his decision, doesn’t vote or vote opposite to the majority, they will be slashed for a portion of their stake. This is intended to ensure that people actually review the case and make an effort to rule coherently as opposed to not showing up or just voting randomly.

Once a decision has been made by the Keepers there is a 2 day period to allow anyone who opposes the outcome to appeal it. To appeal a ruling requires a deposit of 3x the Celeste fees for employing a new round of Keepers. There can only be a max of 4 appeal rounds, 5 rounds total including the initial round. In the 5th round every Keeper is deployed to decide on the outcome and the vote weight is determined by the amount of HNY they have staked.

Once the majority ruling becomes the outcome, a function can be executed which will either unpause or cancel the action associated with it. At this stage all the owed amounts to users will be settled. Keepers get the active reward by voting with the majority and they also get a passive reward (for staking HNY) which they must claim once a month.

Celeste is one of the most important integrations for 1Hive. It is enabling the community to dispute and block proposals that may have sufficient support to execute but which do not align with the expectations of the community defined in the Community Covenant.

If you have any questions, join our amazing community, there are many people who will be more than willing to help you.

In case you run into any trouble hop on Discord: https://discord.gg/kYF8uHy6

Get involved in the conversation on Telegram: https://t.me/honeyswapDEX