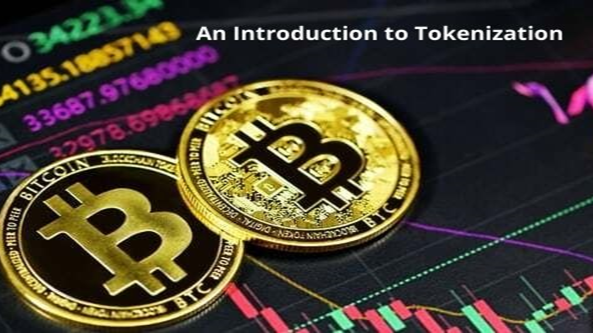 An Introduction to Tokenization

Digital transformation has brought about a lot of changes in a number of sectors around the world. With the evolution of blockchain technology, many powerful tools, and use cases have been introduced. One of the most important applications of blockchain is tokenization. It is a relatively new way of tracking, transacting, and representing securities and assets. With tokenization, many of the manual and laborious processes have been automated. Moreover, it helps in reducing the chances of errors and increasing the efficiency of processes.

The application of tokens has been increasing significantly in recent times. Tokenization has the potential of transforming the markets and introducing new product offerings. However, in order to make the most of tokenization, it is important to know the tokenization fundamentals. In this guide, you will get to know about the tokenization basics, starting from what is tokenization to its benefits and more. Let’s begin!

Before going into the details, it is essential for you to understand what is tokenization. In simple terms, tokenization is the process of converting ownership rights of assets into digital tokens. In other words, it takes an already existing function or asset and represents it in the form of tokens. It is the process of substituting sensitive data with non-sensitive data known as tokens that don’t have any exploitable value or meaning. It stores the original data outside the original environment in a safe and secure manner.

Tokenization is irreversible and undecipherable. When it comes to the purpose of tokenization, it mainly aims at protecting sensitive data while preserving the data for business utility. Tokenization is mostly popular among banks as it enables them to protect sensitive data such as bank account numbers and credit card numbers. However, they are also used by other financial institutions around the globe.

Here are some of the most significant benefits of tokenization.

One of the prominent benefits of tokenization is operational efficiency. The token allows streamlining the IT infrastructure and systems to facilitate sharing among different participants without the need for a third party. This, in turn, helps in reducing the transaction cost significantly. Moreover, automating the manual works reduces the chances of potential inefficiencies. In addition to this, tokenization also automates the process of sending and receiving transaction clearance and settlements, thereby enabling faster transactions.

Transparency is a by default benefit of tokenization. All the transactions on the network are readily accessible to the participants. It helps in the easy identification of ownership of different assets. However, in a number of industries, transparency may not be acceptable for specific use cases. For instance, transparency can be tricky in the case of the asset management sector. The solution is to leverage privacy-enhancing technologies in order to avoid the exposure of sensitive information.

As tokenization allows automation of different processes and transparent record-keeping, it helps in reducing costs significantly. It can reduce fundraising costs as well as bond issuance costs. Moreover, by lowering the chances of human errors, tokenization makes it quite easy to manage various compliance requirements. The compliance rules can be directly programmed into the tokens.

By now, you must have gained a lot of knowledge about tokenization fundamentals. The value that tokenization offers to enterprises is the main reason for the increase in the demand for digital tokens. However, apart from enterprises, individual users can also benefit a lot. For instance, individuals can now trade the assets that were inaccessible before in order to meet their capital requirements.

Having in-depth knowledge about tokenization is the key to making the most of its exceptional benefits. In order to explore more about the tokenization basics and dive deeper into the topic, taking up a blockchain course is an ideal option.  Start gaining more information and explore the future possibilities of digital tokens!