5 Quick Ways to Turn Your Metabolism into a Furnace 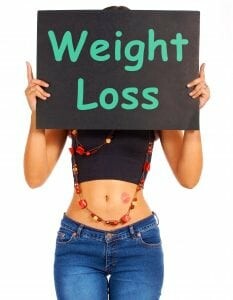 Like millions of people worldwide, I've struggled with being overweight for a long time, starting all the way back to when I was a teenager.  At my worst, I weighed 330 pounds and suffered from a pretty severe instance of heart arrhythmia during a major hike.  I was 26, only four years removed from being relatively healthy and active (I was still overweight, but being large framed, at 235 I was still in pretty good overall shape) to being one step away from a major heart attack.  That's a wake-up call.

The problem was, I couldn't find anything that would work.  I tried the Mediterranean Diet and it worked great, but I couldn't afford to spend that much on food, being way down on the income level.  No carb diets just have major health problems, and the moment you have any bread, it seemed like you put on ten pounds in water weight.

So what was left?  The moment of embarrassment came for me in one week?s time.  This was when I was all the way up to 330, and I sat on and broke, two toilet seats in one week.  Even worse, this wasn't in the privacy of my own house, but at a friend?s apartment and at my aunt and uncle's house.  Yeah, they may have been the cheap type of cardboard-like toilet seats, but the absolute humiliation of that made me determined to lose the weight once and for all.

There is no magic solution: I knew changing diet habits and starting to work out again would be necessary, but I needed to find something I could do and stick with.  That's were revving up the metabolism comes in.  Metabolism is the rate at which your body burns calories (and fat).  Your body is designed to burn calories efficiently, and through bad habits that can cease to happen, but with some good habits, this can be fixed.

Drink lots of water.  This is one you may complain about seeing everywhere, but for many people, this is simply the most important rule.  Drink lots and lots of water.  Ice water is preferable since the body has to heat up to ingest it.  Although the exact number is controversial, there are studies saying that if your 8 glasses of water a day are ice water, then your body burns up to 50 calories warming it up.  That's not a lot, but it adds up to 18,000 calories burned over a year or roughly 5 lbs.

In addition, water helps all your organs function at top capacity, including your kidneys and liver.  This is important because it makes sugars easier to process, and means less gets stored as fat.  Being hydrated is the most important aspect of making sure your body is functioning normally, and research has shown from many studies that metabolism can slow down in people who are dehydrated, but can raise as much as 30% immediately after having a large amount of water.

Water also flushes out your system, fill your stomach so you're less hungry, and can make you feel better, which makes exercise far easier.

Eat Breakfast.  I was never a breakfast person and often skipped the meal, but it turns out this is the worst thing you can do.  Does your body go into? starvation mode? when you haven't eaten in a while, and when you're in starvation mode, your body burns the absolute minimum number of calories.  To get your metabolism going, you should eat a meal in the morning.

If you just slept (and getting enough sleep is a big part of losing weight? there's a free tip for you) then you've gone about eight hours without food, even longer since your last meal.  A small meal for breakfast is good, and it gives you a chance to eat foods like oatmeal, skim milk (I know 2% tastes better, but every little bit counts), and fat-free yogurt.   These foods have fiber and calcium, which are both strongly recommended for people trying to lose weight.  Get low or no-fat kinds.  Fresh fruit is good, as well, since it has natural sugars.

If you don't eat breakfast, not only does your body burn fewer calories in the morning, but your metabolism isn't kick-started until AFTER lunch, which means less of that meal gets burned, and more gets stored as fat.

Cardio before breakfast.  Yeah, I know.  This is the tip I skip the most, and I shouldn't, because it's the best one.  While cardio should be a major part of your plans since it is the best way to burn calories and fat (you should want to eventually get up to 6 hours a week if you can), by far and away the best time to do this is right before breakfast.

Why?  Because of the way your body burns calories varies on a lot of things.  If you just ate and then exercise, it will use the freshest calories and carbs.  In the morning, the body will see you need energy, and since it doesn't have carbs and won't burn too much sugar, there?s only one place left in the morning to get energy: your stored body fat.  Cardio helps you at any part of the day, but if you do it in the morning before your first meal, then you will burn calories directly from your fat.

In addition, exercise creates what is called? afterburn. Afterburn is a rise in your metabolism (translation: a rise in the calories your body is burning) a full day or even two days after your exercise session.  Basically, your body, in anticipation of needing more energy, will burn more fat and calories than usual after a work out, even for up to two days.  The hottest part of the afterburn is immediately after working out, and then it gradually tapers off with passing time.

So what do you think helps most?  Afterburn from exercising at 9 at night or afterburn from right before you eat breakfast?  Work out in the morning.  Even 20-30 minutes on an exercise bike makes a huge difference.

Add in some weight lifting.  It's a myth that you can turn fat into muscle.  Fat cant just transform that way, but you should still weight lift.  Muscle burns more calories at rest than fat does, and weight lifting not only will help you strengthen and tone the muscles you have, but it will help to shape your body so as you lose the fat there will be more noticeable differences in how good you look, and the progress your making.

?Resting Metabolism,? or what your body burns by itself just doing nothing, accounts for up to an amazing 70% of all calories your body burns.  Do more muscles mean more fat burning and don't worry, you can?t look like a bodybuilder without supplements and a crazy diet plan that includes INCREASING your calorie intake by 1,000s a day.  If you lift weights with a reasonable diet, you?ll get better results and look good doing it!

Don't starve yourself.  When you cut too many calories and go into starvation mode, your body may lose weight, but it?s losing muscle, not fat.  Which in turn lowers your metabolism and makes your body lose fewer calories, which will make keeping that weight off nearly impossible, not to mention the health issues.

The human body can safely lose 2-3 lbs. of fat a week.  Any other weight loss is water, bloat, or muscle.  In addition, the weight that you lose slowly is the weight that is likely to stay off, while the body will look to recover some of its quickly lost weight.  Cutting too many calories will lower your metabolism further, which is counterproductive to losing fat.

Figure out what your daily calorie needs are, and then shoot for an amount that cuts a decent amount out, but does?t starve you.  Needs are based on weight, and while you can find an exact formula online, a good rule of thumb for dieters is to go weight times 11.  So if you?re 200 lbs, 200 * 11 = 2,200 calories.  The weight * 11 tells you a good diet amount.?  300 lbs would be 3,300 calories.  Now, these aren't exact, but cutting this amount by 4-500 calories will get you losing weight, especially if youre consistently exercising.

Unless youre very short (think five feet or under) NEVER let your body go below 1,300 calories.  This will put the body in starvation mode.

10 Quick Ways to Turn Your Metabolism into a Furna

Like millions of people worldwide, I've struggled with being overweight for a long time, starting all the way back to when I was a teenager. At my worst, I weighed 330 pounds and suffered from a pretty severe instance of heart arrhythmia during a major hike. I was 26, only four years removed from being relatively healthy and active (I was still overweight, but being large framed, to read more follow this link https://iceprofitness.com/2018/07/01/metabolism-into-a-furnace/