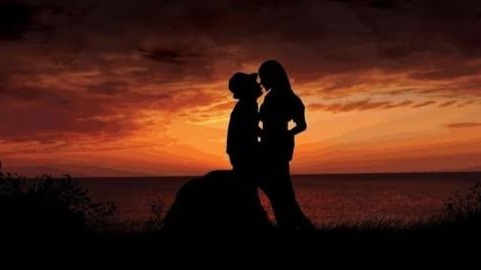 " What Makes Us Attracted to Opposite Sex? (according to Science)"

According to scientists, the moment you feel attracted to somebody other than their looks, you subconsciously check their genes, hormones, energy-type, personality, cultural and religious backgrounds and many more. After you meet the person, your nose picks up the natural chemical signals known as Pheromones.

Men and women judge differently based on the smell. Men get a testosterone boost when they smell an ovulation of women. While women like the smell of MHC molecules which is different from theirs. This is because they wanted to choose a partner who can provide them a stronger baby and different MHC molecules means- a strong immune system. We make all these decisions subconsciously that's why oftentimes, someone you find attractive doesn't look attractive to your friends.

An attraction hormone plays a big role in creating your type.

DOPAMINE—People who are high on the dopamine scale tend to be curious, creative, spontaneous, energetic, restless, enthusiastic, impulsive, and mentally flexible. These are the explorers and the risk takers (personally and in business). They are very good at idea generation. They can’t tolerate people who are boring.These people are drawn to people like themselves.

SEROTONIN—People who have high serotonin activity are more sociable and eager to belong. They’re quite traditional in their values and less inclined toward exploration. These are the builders and guardians. They’re calm, cautious, controlled, like to make plans, persistent, concrete thinkers, detail-oriented, structured, fact-oriented, loyal. They prefer loyal people over interesting or exciting people. These people are drawn to people like themselves.

TESTOSTERONE—People expressive of the testosterone system are tough-minded, direct, decisive, skeptical, competitive, emotionally contained, inventive, experimental, exacting, analytical and assertive. They tend to be good at rule-based systems—engineering, computers, mechanics, math, and music. These are the rank-oriented directors.These people are drawn to their opposites which are the Estrogen / Oxytocin.

ESTROGEN—People who are expressive of the estrogen system tend to be intuitive, introspective, holistic, imaginative, trusting, empathetic, and contextual long-term thinkers. They are sensitive to people’s feelings, and typically have good verbal and social skills. These people are negotiators. They’re big-picture thinkers, tolerate ambiguity well, have mental flexibility and strong executive social skills. They’re highly emotionally intelligent.These people are drawn to people who are the opposite to them.

Many other factors that make us attracted to other people is their voice, the research shows males prefer a female voice type like high-pitched and breathy for it indicates a small body. While females prefer a low-pitched voice that indicates a large-body size. Another thing is the life experiences in the past. Example of this is, maybe you have a tall teacher who defended you on bullies or a small hand of your friend comforted you in your tough times that's why you wanted someone like them too.

Whatever factors that make us attracted to somebody may be a smell, hormones, voice, body shape or it is because of the past, this just means that we should stop thinking about the beauty standards. No matter how ugly you think you are, you would still be beautiful to someone out there which is destined for you. You may not change the way you look, you can always change the way you see yourself. Be confident and just be yourself!

A pheromone is defined as a chemical or a mixture of chemicals that is released to the exterior by an organism that causes one or more specific reactions in a receiving individual of the same species (Shorey, 1977).

Testosterone is the hormone responsible for the development of male sexual characteristics.

The major histocompatibility complex (MHC) is a collection of genes coding for MHC molecules found on the surface of all nucleated cells of the body.