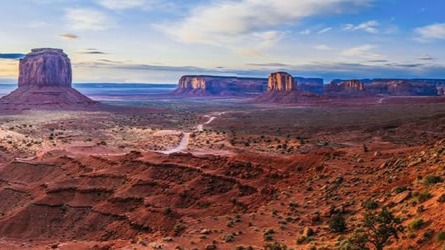 One of the most significant developments in the history of the software gaming industry was the development, in the mid-90s, of the 3D game engine.

Game engine implementers often economize on the process of game development by reusing/adapting, in large part, the same game engine to produce different games[4] or to aid in porting games to multiple platforms.

Said in another way, there are standard, baseline concepts which every game uses, or at least begins with, which are common across games. Gravity, physics, sound, etc.

Before the invention of the game engine, game designers had to code each time they wrote a game, the concept of gravity, that if you threw a ball, the ball would eventually fall to the ground.

This rewriting of code to implement common attributes across all games was time-consuming, error prone, and created vastly different experiences across games.

The game engine, debuted in 1998 by Epic Games in the form of its Unreal Engine, revolutionized the gaming industry, catapulting it to the global phenomenon it is today, and is expected to be more than $300 billion by 2027.

This is because game engines

provide a flexible and reusable software platform which provides all the core functionality needed, right out of the box, to develop a game application while reducing costs, complexities, and time-to-market — all critical factors in the highly competitive video-game industry.[5]

In short, software engines (like other types of engines throughout history) are obvious in hindsight innovations that revolutionize industries, unlocking new potential, opportunities, and markets.

The emerging decentralized finance (DeFi) industry today is like the video game industry in the early 1990s. Concepts which should be universal across all of DeFi like the idea of an “asset” are not. Instead, each time a new “token” needs to be created, developers are required to build everything from the ground up, much like they needed to do with Atari games in the 80s and 90s.

The result is clunky interfaces, security holes the size of Montana, and a lost of wasted time spent on tasks that are not huge value adds, impacting user experience and the pace of innovation.

A DeFi engine changes this, by embedding the very concept of an “asset” as something that is owned by a “vault” with attributes about how it can/cannot behave, such as “it must always be held by something” (whether that something is a vault, a ‘shipping container,’ or a smart contract.)

The end result is that something like Uniswap, frequently cited as the “gold standard” in smart contract development on Ethereum, which requires approximately 1,000 lines of code, can be written in 150 lines.

But you can’t just throw a DeFi engine out there into the wild, it needs to sit on a layer designed to support it and be complemented by a software language designed to exploit it.

And this, to me, is what makes Radix unique and magical. The invention of the world’s first DeFi engine, the Radix Engine. [For more, see the video here (or below].

Bottom line, a DeFi engine (hopefully from Radix) is going to revolutionize DeFi in the same way that game engines revolutionized gaming.