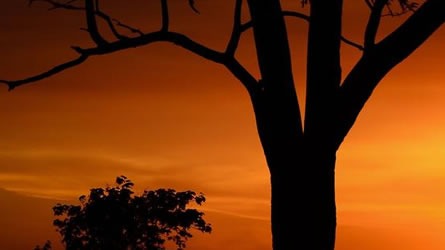 Hits of Capsaicin and the World of “Heat Trips”

tl;dr: Persistence, patience, and a mindset of gradual improvements…a lesson learned via the Carolina Reaper.

Over the last year, I’ve been exploring the world of hot peppers.

The heat in a pepper is measured in Scoville Units.

A bell pepper has 0, since it’s not hot at all.

The top of the line is the Carolina Reaper, which clocks in above 2 million

As my friend Etan says,

“above 1 million is where the shit gets real.”

Capsaicin is the chemical that gives peppers their heat, causes your eyes to sting, and, if you get some on your hands and don’t thoroughly wash before touching your nose or, worse, your butt, well let’s just say I’ve been there and it’s not pleasant. At all.

There are plenty of videos and articles around of people taking the challenge. Personally, I don’t think this is the way to go.

A gradual approach to capsaicin, however, can have very different effects.

My capsiacin guru, an 80-something Holocaust survivor named Nat, grows peppers of all kinds in his backyard. He has Carolina Reapers, Bhut Jolokia/Ghost Peppers, Moruga Scorpion, and many others.

When I first tried it, his advice was simple.

“Take a small square of the pepper and place it on your tongue,” he said. (Note: you should wear gloves unless you know what you are doing).

He demonstrated for me.

“So, it’s kind of like dropping acid?” I asked.

Once the pepper is on your tongue, you just let it dissolve.

Especially when training, it’s smart to have milk, soy milk, peanut butter, even avocado…foods high in fat…that can help alleviate the intensity of the heat.

The first time for each Scoville level is intense. I needed 30 minutes start to finish on a Habanero, which is kind of like the “green belt” of hot peppers.

But the 2nd time gets easier. The 3rd time is even easier.

Until you level up…and then it starts again.

Over time, however, as you learn to respect the pepper, understand the flow of the process, and build a tolerance for the heat, you start to notice something beyond just the fiery sensations that are consuming your mouth.

We have a saying in our family at dinnertime, when I bring out the peppers to add to whatever is being served:

“It’s not a meal unless dad is sweating profusely from his head.”

At some point, I take a paper napkin, open it up and place it on my bald head, patting down. Then, I remove it, and we hold it up to the light, observing the total amount of perspiration on the napkin. From there, we certify if it’s a “meal” or not.

But the in-between part is what now fascinates me.

Now, I am able to monitor the onslaught of the heat from the very beginning stages

Over the course of the heat trip, there’s a little sweat, I can feel the heart beating a bit faster, my ear canals and nasal passages clear up, and there’s a heightened awareness throughout my body.

I’ve had all types of “heat trips” now.

But now, I am starting to enjoy the ride.

Just sitting with it, listening to the dinner conversation, or just by myself, appreciating the cresting and subsiding of the heat wave experience.

It’s not for everyone, but anyone can do it. That’s the point.

If you want to eat a Carolina Reaper, you can. You just shouldn’t do it first.