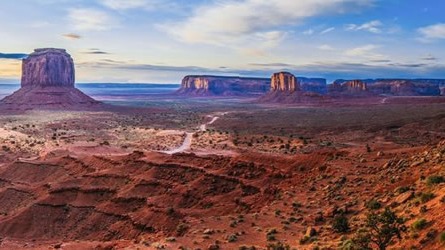 Ethereum: Beneficiary of Its Own Success

tl;dr: Ethereum may just be unstoppable.

A few weeks ago, I wrote that Ethereum had become a “victim of its own success” and that as “Crypto Wall Street,” it would become the hangout for the richest, biggest players in the space (albeit with bridges in and out).

I don’t necessarily think that this is wrong, but after reading Global Public Goods and The Protocol Sink Thesis by David Hoffman and The Most Important Scarce Resource is Legitimacy by Vitalik Buterin, I have considered that m perspective may be a bit too narrow.

Buterin’s piece, like so many of his other ones, is a tour de force of philosophy, game theory, and social psychology. Essentially, he argues that, the core value of any crypto network is not necessarily money or technology or community, it’s legitimacy…the perception by enough people that the way the network is governed and operated is legit.

What’s special about crypto networks is that, if you don’t think a network is legitimate, you can easily opt out and have nothing to do with it again, unlike say a national government.

I would argue that Ethereum, by virtue of what it has accomplished in the past few years, has achieved legitimacy in the crypto world that is only matched by Bitcoin.

With the exception of “brute force,” Ethereum has achieved legitimacy by each of the others. That’s pretty remarkable and it’s a pretty good indication that it’s around for the long haul. Of course, the legitimacy can be withdrawn, but I think the network is sufficiently decentralized and much of the processes have been outlined that it continues to thrive.

That’s not to say there won’t be a fork of the network at some point in the future-that’s definitely possible- but I think Ethereum’s legitimacy gives it a leg up on pretty much everyone else.

Another thing that gives Ethereum increasing momentum is what Hoffman calls “the Protocol sink.” Essentially, the more that services in a network become core to that network and increase the value for the network, the more critical the network is. Ok, that’s a lot. Let’s let Hoffman say it in his own words:

“The more people use an application, the further down in the Protocol Sink it falls, and the more things collect at the bottom of the Protocol Sink, the stronger Ethereum’s gravitational grows.”

In Ethereum, it’s a bit different, since “setting up shop” is the easy part, getting used is the hard part. However, since so many apps do set up shop on Ethereum, the likelihood that a few will be “break outs” that are wildly popular increases. Once that happens, the app “sinks” to the bottom of the protocol, reinforcing the value of Ethereum as a platform.

I remember the first time I heard about Ethereum. Actually, it was a video talking about the “world computer” and it immediately stoked my imagination.

I can only guess what it will look like in another 5 years.

While I could be wrong and a “black swan” event is always possible, the amount of value (both financially and utility wise) that keeps getting baked into Ethereum leads me to think that it’s around for the very long haul.