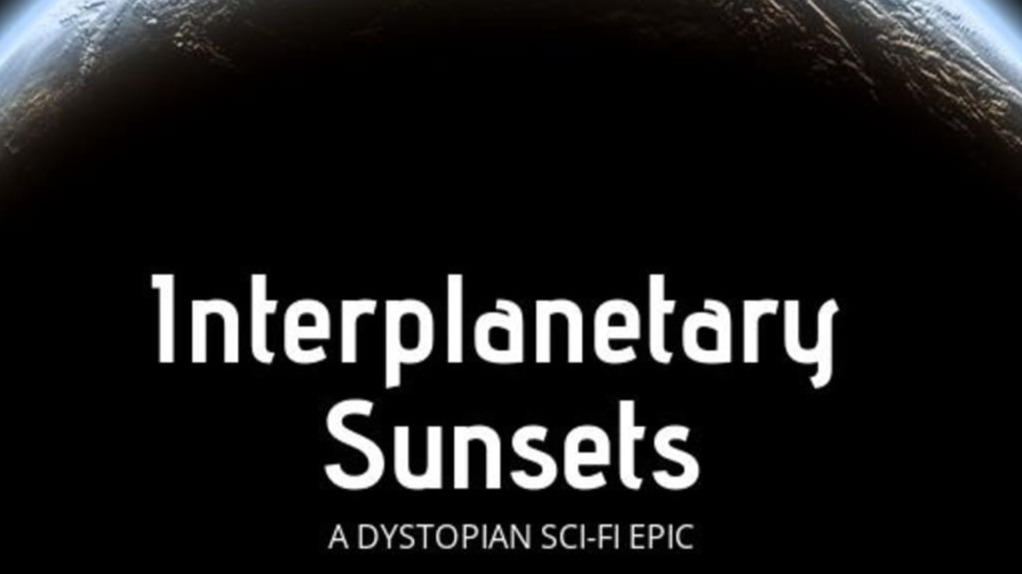 Check out the first 3 chapters here:

Once Voltrex's wandering mind pulled back into the current moment, he realized that his body was strapped to a surgery table. It came as quite a shock at first as he thought any sedatives might have worn off before automated surgical bots began their autonomous procedures. As he panned around the room, he soon saw the overseeing surgery technician and realized he was only recently strapped in. Man, I really need to watch my zoning out habits he mentally noted as he scolded his brain for allowing the subconscious to take over for so long.

"Shall we begin?" The technician inquired in Voltrex's direction.

"Sure. Just to confirm, you are only working on my leg, correct?"

The immediate silence and how the technician phrased his response didn't exactly soothe Voltrex. As the technician left the room, he motioned at Voltrex and pointed towards the window revealing the observation room on the other side. "I won't be far away" He concluded with a slight grin as the sliding doors closed behind him.

It was only a second or two once Voltrex noticed the technician walk into the observation window. The tech's moving lips with no following audible notes led Voltrex to believe that either this room or the observation room was soundproof.

"The procedure has begun" the technician's voice broadcasted over the audio system in the operating room. A slight pain entered Voltrex's right arm as he realized the sleep-inducing fluids had begun to enter his body. "You should drift off before I finish..." the technician's voice faded away as he fell into the consuming darkness of sleep.

Moments passed like nanoseconds as Voltrex was soon pulled back into reality from the depths of his rest. It didn't take him long to realize that Man+Machine decided to get him a package deal as various indicators, status bars, and other displays appeared in front of his eyes. As if he was wearing an AR or VR headset. Glancing down at his right leg, more information appeared in his view.

Well, at least I'll be able to update my leg easier he told himself after letting out a big sigh. As his attention finally drifted around the room, his other senses started to kick in as he noticed the amber flashing lights had started going off in the room.

"Alert! Code Orange! Possible breach on level 87! All personnel please report to your designated areas! Remain Calm and move in an orderly fashion. This is not a drill."

Looking around the rest of the room brought more questions than answers. Nobody was currently in the observation room as well. As he turned and pushed himself off the surgery table, he forgot about the replaced leg and the realization finally hit him. No pain. He could also put more weight on his synthetic leg than with his damaged organic one. Even though he had awoken in anger and grounds for a potential lawsuit for inserting more synthetic parts into his naturally-made being, having no pain when using his right leg definitely brightened his mood.

Unfortunately, his mood was soon to change again as the main surgery room doors soon busted open as Voltrex has met with armed individuals and emblems unknown to him. "That's him! Grab him!" yelled one of the armed foes and before Voltrex could do anything, a brute object knocked him back into the dark void of unconscious sleep.

Floating between the neural cosmos of his dreamy subconsciousness and reality, Voltrex eventually awoken from his forced slumber. It didn't take him long to realize that he's no longer in the "clean and pristine" futurism of the lunar skyscrapers. The orange-stained, rusted metals of the four walls enclosing his room told tales of a previous time. Some of the older decorations paid homage to the Apollo missions from the 20th century.

75 years. Fighting the fears. Sheading impossibilities and tears. Read one of the signs.

"Wow..." he whispered into the silent room. "And I thought the 1950's ads I dug up from archives back in the day were cringey. These slogans take the cake!"

As if offended by the slightest noise Voltrex just made, one of the speakers in his room buzzed and crackled to life.

He turned to face the source of the noise. "Who are you? Where is this place? If this is some sort of game to test my 'new found abilities' then you are in for a world of pain! You hear me, you sick sons of a-"

Voltrex was now very annoyed. "I JUST WANTED MY LEG REPLACED! YOU-"

"I said SILENCE!" the voice said, cutting him off in mid-rant. "You will now exit your room and follow the illuminated arrows in the halls".

The speaker crackled and went silent just as the main door to the room unlocked and swung open. Trickles of light from the LED arrows on the sides of the wall and floors of the rusted metal hallways gave very little light compared to the lighting in his room.

"I am no mouse that chases whatever 'cheese' you have waiting for me at the end of whatever god-forsaken steampunk maze you have here! I. WANT. ANSWERS! I'm NOT LEAVING until I have them!" Voltex yelled at the speaker in defiance, followed by a couple vulgar gestures at what he assumed to be a hidden camera lens.

Almost repulsively, his room door swung shut quite hard and quickly locked back up. The slamming door was soon followed by distant footsteps on the metal floor that slowly closed in on his position. Not long after, the door once again unlocked and opened to reveal three armed individuals (possibly human men?) that made their way into his room.

"Come with us" one of the armed thugs said, raising their hybrid-looking AK-47 in Voltrex's direction. "We know you got a bit synth'd up, but we knows you ain't bulletproof" the thug finished with a smirk as he motioned for the other two thugs to grab him.

Grab two guards. Throw them at threating guard. Due to no additional Man+Machine limbs, detected, survival rate is approximately 5%.

Tuck-and-roll behind the left or right guard. Use as shield, then throw at threatening guard. Due to no additional Man+Machine limbs, detected, survival rate is approximately 15%.

Thanks for all the help, Man+Machine Voltrex though as he mentally cursed the company while raising his hands in sign of surrender. The two thugs quickly grabbed his arms without hesitation and led him down the hallway.

"Smart boy" the gun-waiving thug from before said, still smirking. "You might have made one wrong choice today, but we've got you back on the right path now."

Voltrex didn't return any grins. "Uh huh, let's just get this training exercise over with so I can go back to my home planet in peace. I was promised a better leg, not death threats and captivity."

The gun-waiving thug finally flat-lined his lips. "You really are ignorant to the grander schemes going on, aren't you. That alone is living or, in this case not-so-living, proof" he informed sternly while pointing the muzzle of his rifle at Voltrex's synthetic leg. "Never fear, your eyes will soon be opened up to the light missing from your blackened view" he finished and went back to smirking.

They soon reached a doorway after walking for a few minutes down different corridors. Mr. "Gun-Waver" didn't take long to punch in a somewhat complex passcode into a dated keypad to the right of the closed door. The keypad reminded Voltrex of some time machine automobile known as the Delorean that a mad scientist and teenager drove from an old movie.

Soon, the doorway parted open as the keypad chimed and a green LED illuminated, signaling the passcode was accepted. This doorway revealed an open area with a conference table, some chairs in need of repair and some sort of comms unit in the center of the table. It was here that Voltrex realized they were underground the lunar surface somewhere, as nearby windows simply showed layers of moon rock.

"Welcome to the puries." A voice said behind them.