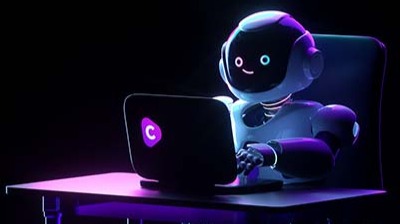 Conversion AI announced on June 29th that they are rebranding to Jarvis AI and introducing a powerful new pricing plan called "Boss Mode." The change comes on the heels of their recent acquisition of popular competitor Shortly AI.

The new development of Jarvis (which started as a pet name for the company's AI writing assistant) "Boss Mode" allows for unlimited access to their industry-leading artificial intelligence copywriting software. This includes improved cognition from AI and the ability to make it write almost anything by typing simple commands.

What is Jarvis (Conversion AI) and how does it work?

Conversion AI (now Jarvis AI) was an early mover in the GPT-3 based copywriting tools space. Thanks to that, they have "grandfathered" access to GPT-3, an autoregressive language model capable of producing human-caliber writing. This has helped their software become the industry's leading AI-based copywriting tool, as has a high marketing budget and a clear goal of becoming known as the top tool in their space.

With Jarvis and other AI copywriting tools, you can "write" entire paragraphs quickly with the click of a button. You can also generate headlines, topic ideas, and even answers to questions. GPT-3 (and Jarvis specifically) have consumed a massive amount of the knowledge on the internet. They may not be up to speed on the latest news, but they can produce excellent content and even help with writing news stories.

What is AI Copywriting and why you should care

This is a significant breakthrough for marketers, bloggers, copywriters, and many other freelancers and entrepreneurs. It makes tedious tasks like content creation much easier and faster to accomplish. AI copywriting can speed up and supercharge your writing process for those who are already passionate about content creation.

What does that mean for you? It means AI can be used to create content more efficiently and effectively than humans on their own, especially as the nature of work changes in our increasingly digital society.

What is "Boss Mode" and why it's more expensive

Boss mode represents a significant upgrade to Jarvis' existing plans. In addition, it's a robust new pricing plan that will appeal to those who are serious about content creation and want the best tools for it.

It costs $119/month, but if you're a blogger, a copywriter, or an agency owner, this is a small price to pay. However, adding a new plan (rather than all new features being added to existing plans) caused some stirring in the community. 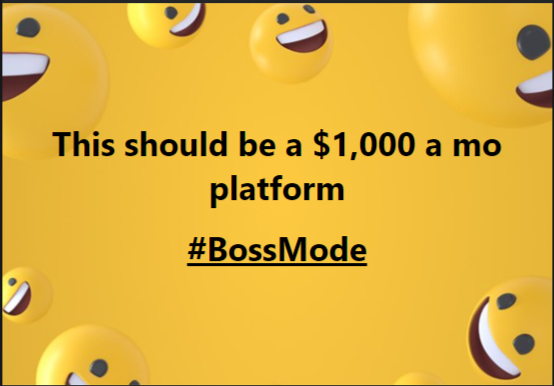 One of many positive reactions to boss mode in the Jarvis Facebook group.

One of many negative reactions to boss mode in the Jarvis Facebook group.

Evidently, the user base is divided; some feel that boss mode is a cash grab and it's unfair to those who don't need the powerful features; others are excited about Jarvis' commitment to providing their customers with the best tools available.

CEO of Jarvis Dave Rogenmoser was quick to offer a compromise to the community, or at least to those that are considered early adopters. However, for the lion's share of its users, the price can only stay the same - and may go up again in the future.

The above screenshot is merely the beginning of Rogenmoser’s extensive response to the community’s mixed reaction.

Ultimately, if you're not serious about using boss mode to save time and earn money, it's probably not the right plan for you.

Jarvis' other pricing plans and who they're for

Up until recently, there were only two pricing plans; Starter and Pro. While some improvements to the overall AI apply to these plans with the update, they remain essentially unchanged. So if you were happy with either of these plans or looking forward to trying them at their current price, don't worry, you haven't missed out. You can sign up for a free trial today and take Jarvis for a test drive!

The state of AI copywriting tools and Jarvis/Conversion.ai

I see plenty of people in the Jarvis community celebrating this update and laughing over how little they care about paying a little extra. On the other hand, I also see plenty of people voicing their distrust and disdain for the company. In all fairness, both camps have a point.

For those who earn money steadily via writing, upgrading to a new price plan isn't a big deal. If it saves you even a couple of hours, it might even feel like a bargain. However, entrepreneurs who are not earning as much could see it as a pinch, and that's a fair reaction.

I find it unlikely that the Jarvis team didn't anticipate the mixture of reactions they got, and they handled them well. This seems like a small part of a marketing strategy that has been working and will continue to work. For every customer Jarvis loses in this transition, they'll likely gain 2-3 new ones from word of mouth alone.

The world of AI copywriting is still reasonably small, but it's also growing, with new competitors and audiences emerging every day. Jarvis' mixed reactions to this announcement in many ways prove that there is plenty of room on the market for competitors, but it in no way suggests that there will be any shortage of happy customers for Jarvis and its future updates.

News on things outside the cryptoverse, mostly marketing related.