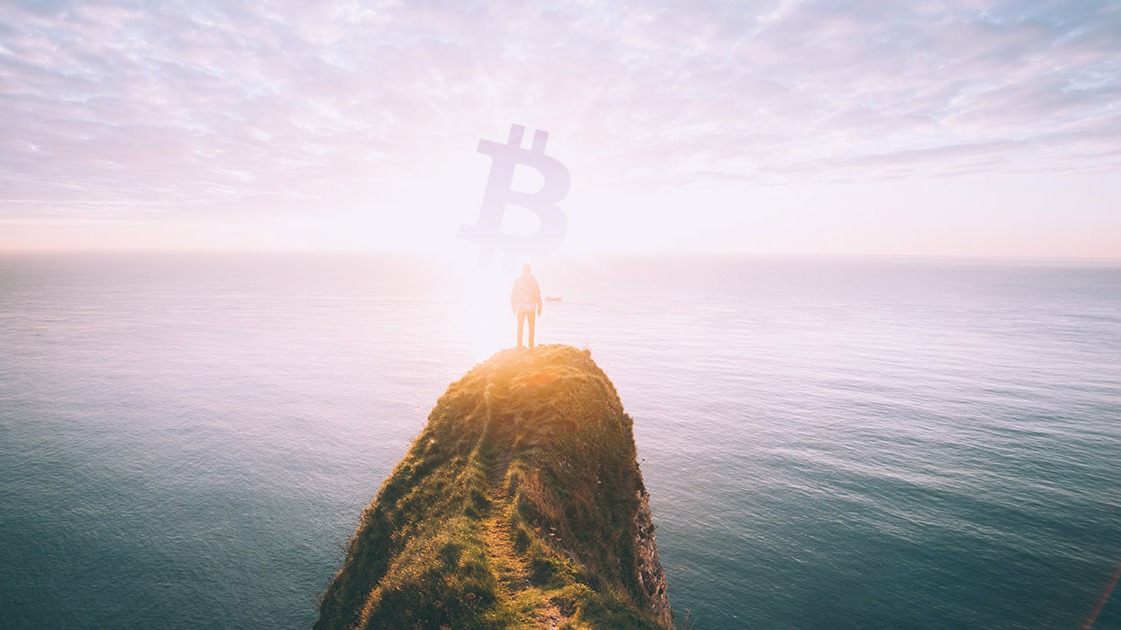 Received a historically accurate bullish signal: Bitcoin will rise in price to $ 13,000 in the third quarter of 2020 ?!

If the first crosses the second from the bottom, then this indicates an increase in consumer sentiment among traders. 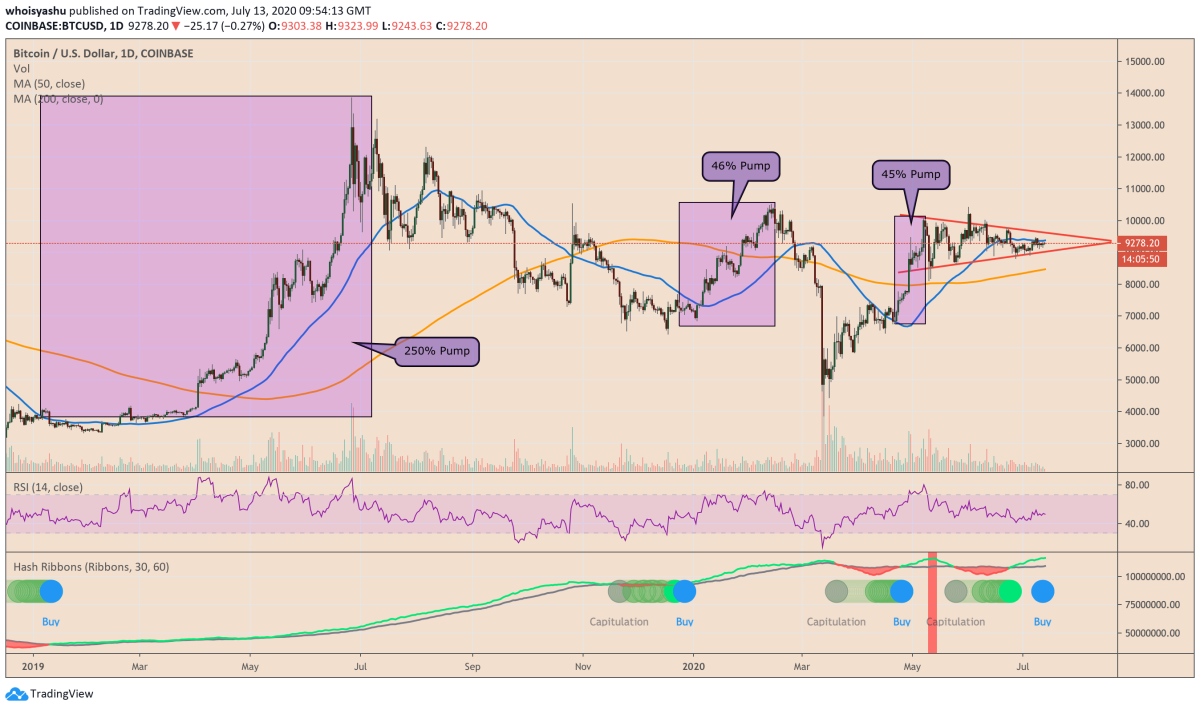 A blue dot indicates the start of a bullish trend. It reflects the fact that miners accumulate more Bitcoins than they sell on the retail market. Earlier, in April 2020, the same signal preceded the growth of the BTC / USD rate by 45%.

Similarly, in December 2019, the appearance of a blue dot on the Hash Ribbons chart led to a 46 percent rally. The formation of the same indicator in January 2019 marked the beginning of parabolic growth by 250%.

The Hash Ribbons signal appeared two months after the third halving, as a result of which the daily volume of issued BTC coins decreased from 1800 BTC to 900 BTC. Initially, this affected the work of miners, because the reward for mining was halved.

Cryptocurrency mining companies were forced to sell their reserves in order to cover operating expenses. As a result, the price of cryptocurrency has fallen.

The buy signal from Hash Ribbons after the halving is extremely special. The next one will have to wait a very long time. ... and so the big bull rally begins.

Symmetrical triangle on a BTC chart

After confirming the buy signal, the bulls can expect at least a 45 percent jump in the rate. Thus, the medium-term goal is around $ 13,000. In order to understand when buyers are testing the specified level, you need to refer to the technical charts: 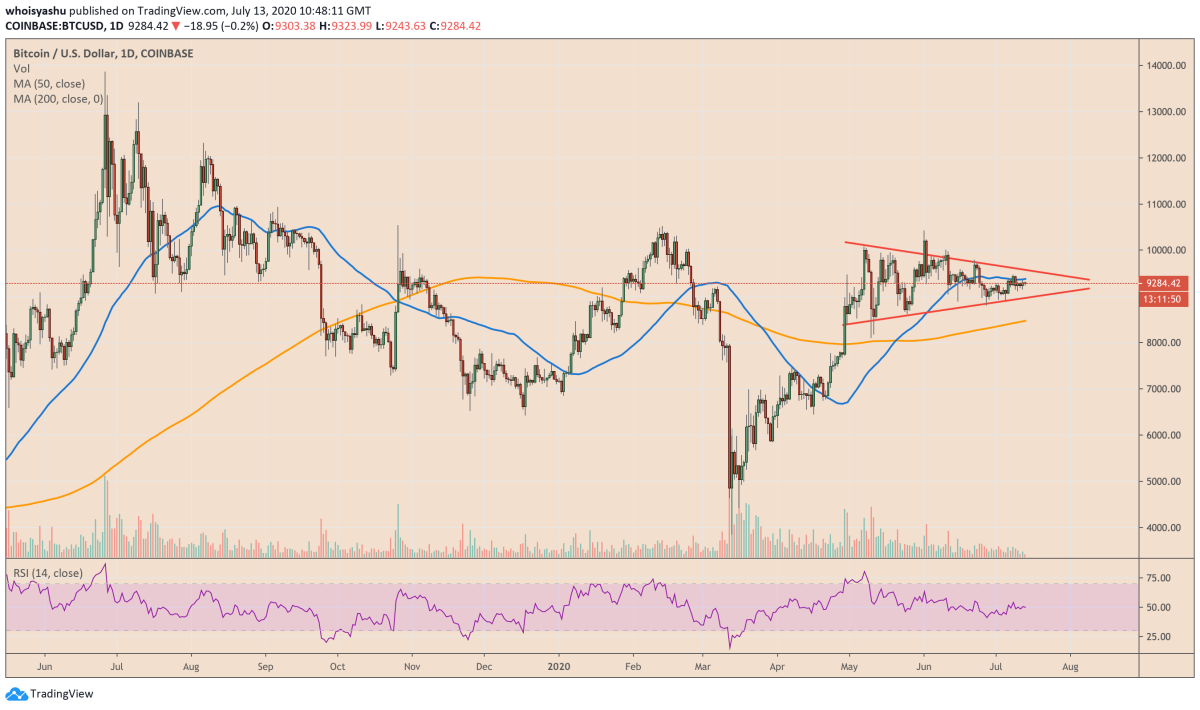 The bullish breakthrough of the symmetrical triangle can be confirmed at the end of August 2020.

Since May 7, the leading cryptocurrency has been trading inside the red pattern. The trend that preceded the formation of the pattern was bullish, so with a 70 percent probability, the subsequent breakthrough will also be bullish.

The first signs of a breakthrough can be noted in the first week of August - it is during this period that the two red lines will be close to the intersection.