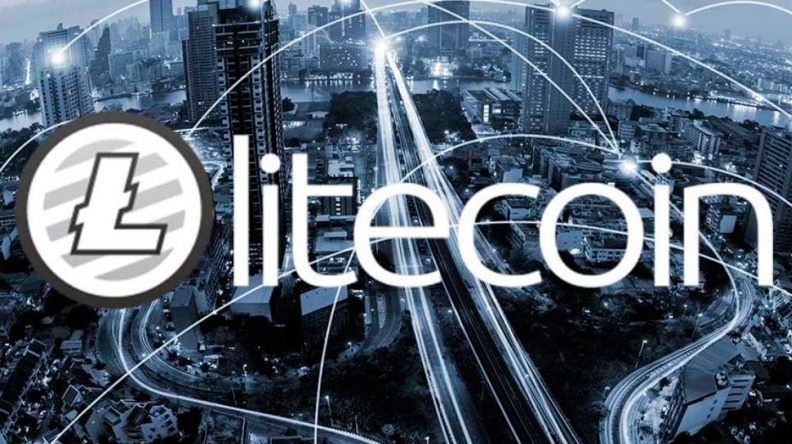 Litecoin does not want to launch a long-term bull trend

Litecoin is trading inside a bullish pattern and is supposed to make its bullish breakout. However, until the price breaks the line of long-term resistance, its dynamics cannot be regarded as bullish. 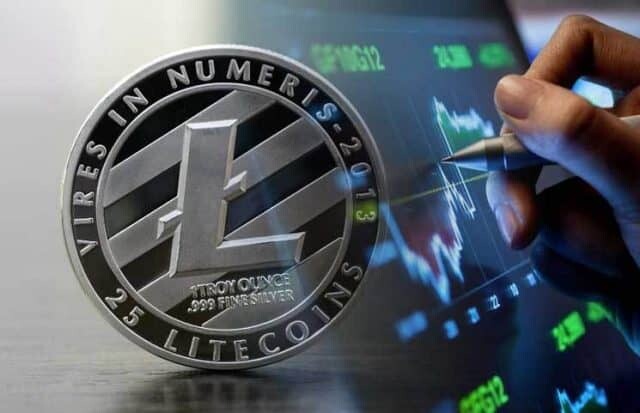 Litecoin (LTC) has been depreciating since February 14, when the price marked a maximum of ₿0.00808.

After the initial fall, LTC began to move along the downward resistance line, which has been on the chart since February 27. The market tested its strength three times. This resistance line is also strengthened by the 50-day moving average (MA), from which the price also bounced three times. Currently, the resistance line and MA are located in the area of ​​₿0.0048.

In the case of a bullish breakdown of this level, the next resistance area will come into play at ₿0.0055. 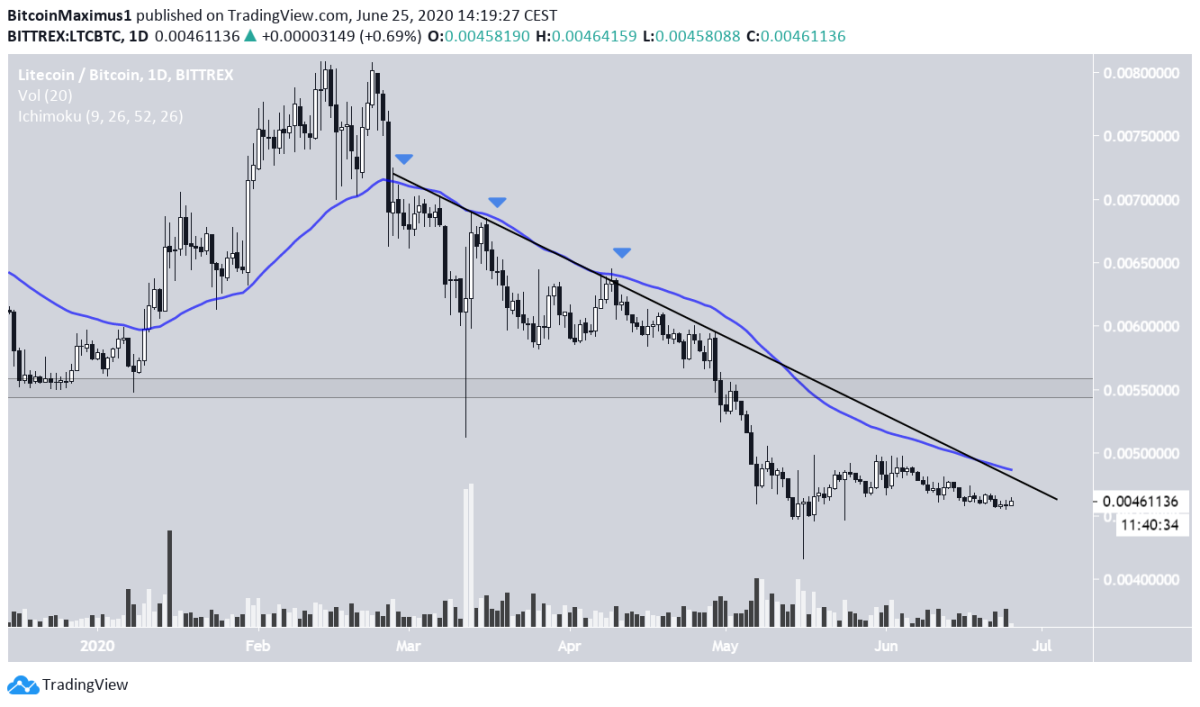 On a shorter timeframe, the LTC rate has been trading inside the “falling wedge” pattern since June 5. This pattern is traditionally considered a bullish pattern, and is expected to pair make a bullish breakout.

Over the past week, the RSI indicator has begun to give strong signals of bullish divergence, which further increases the pair's chances of a bullish break.

If it happens, the closest resistance area will be ₿0.00485. A 50-day MA, which we have already designated in the previous section, also takes place here. 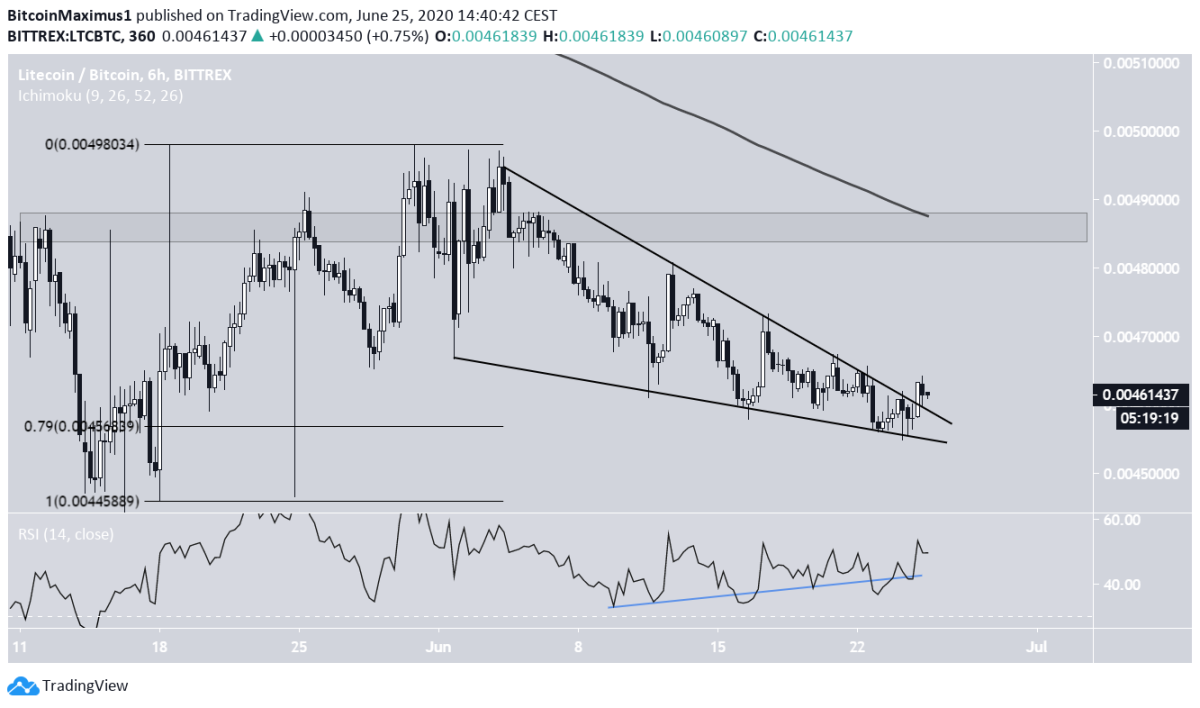 Cryptocurrency trader @ Glowto1994 suggested on Twitter that Litecoin will soon make a bullish breakout from a downward wedge and head for ₿0.005. He believes that the price will reach this level in the correction process A-B-C. At the same time, he adds, the trend of the pair remains bearish, with bullish corrections.

Thus, although we expect a bullish breakout of the “falling wedge” model, we cannot confidently say that the currency started a long-term bullish trend until it breaks above the long-term downward resistance line and the 50-day MA.