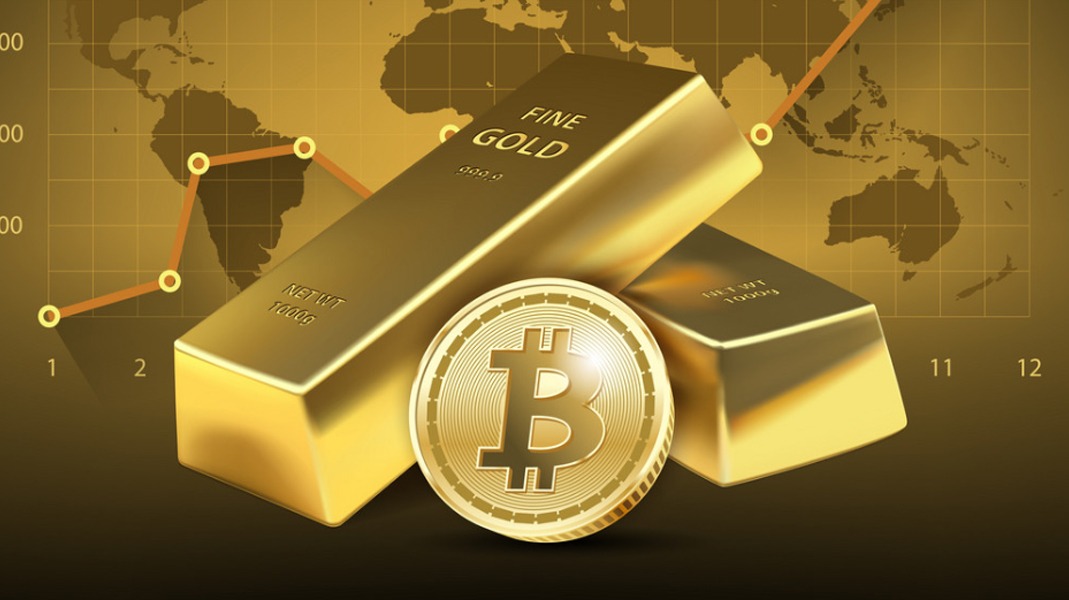 Gold rises in price: Bitcoin will follow the trend of yellow metal. The opinion of analysts

While more risky assets, such as Bitcoin and the S&P 500, traded sideways, gold followed an uptrend.

As you can see in the chart below, the precious metal has shown strength after falling to $ 1,670 in June. Just a few days ago, an ounce of gold was valued above $ 1800. This happened for the first time since the rally in the recovery period after the Great Recession. 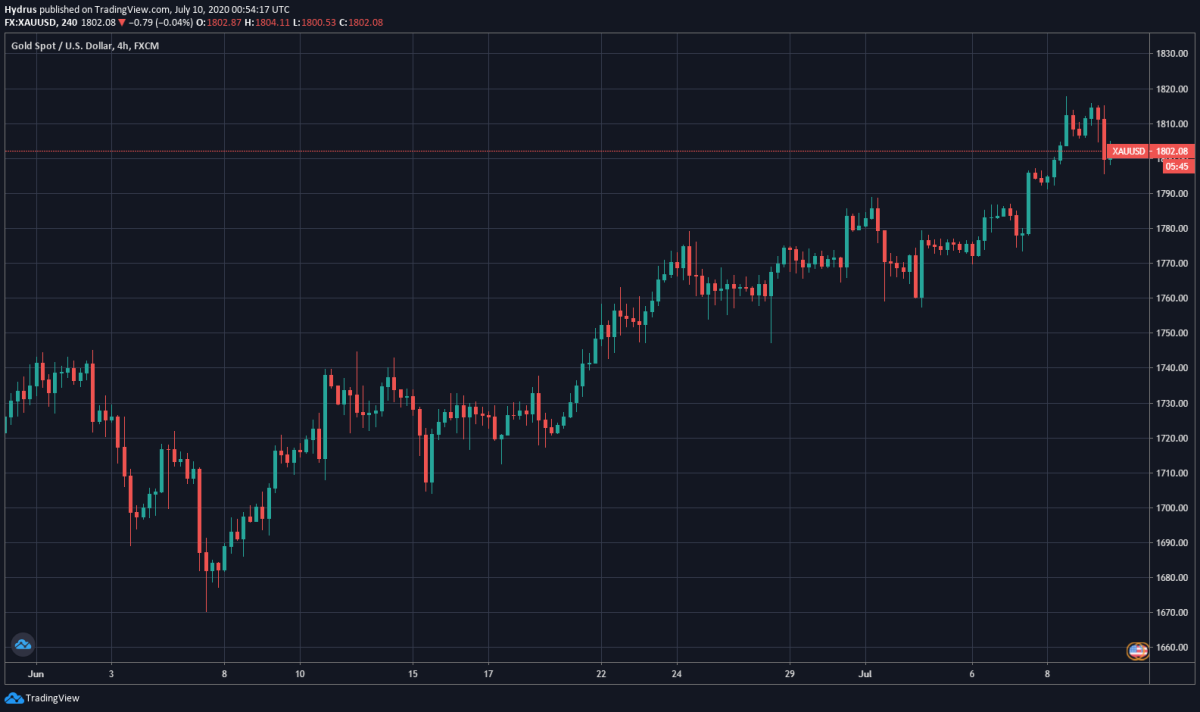 Gold Price Chart (XAU) for the past 1.5 months

Demand for gold is increasing due to the merger of important factors, including the purchase of gold by central banks, the implementation of a policy of cheap money and a weakening dollar.

According to a fractal analysis of a well-known crypto trader, Bitcoin can also begin to rise in price in conditions of increased demand for yellow metal.

The gold market did not have the same consolidation as in the crypto sector. Precious metal rose in price as opposed to the side trend of the leading cryptocurrency. As already mentioned, the XAU has reached multi-year highs.

Analyst JackSparrow predicts that Bitcoin can finally nullify the sideways trend if it follows a traditional asset.

According to the chart published by the trader, the breakthrough may end with the establishment of an annual maximum above $ 10,000:

CryptoKaleo analyst agrees that Bitcoin is lagging behind a traditional asset: 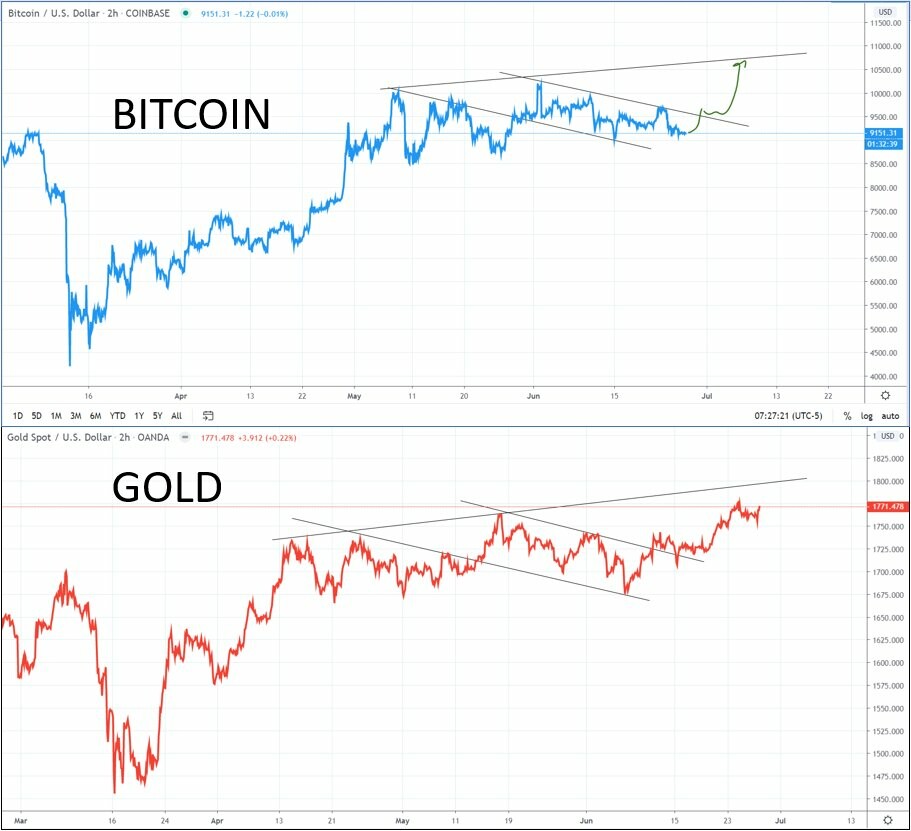 Bloomberg senior analyst Mike McGlone noted in June that the 52-week correlation between the two markets is reaching local highs. In a June Crypto Outlook report from Bloomberg, McGlone wrote:

In our opinion, the growing connection with gold is a “tailwind” for the price of Bitcoin. Now the highest 52-week correlation of BTC with gold is noted, and this should contribute to the development of the trend in a similar scenario. This is favored by the unprecedented policy of cheap money from central banks. 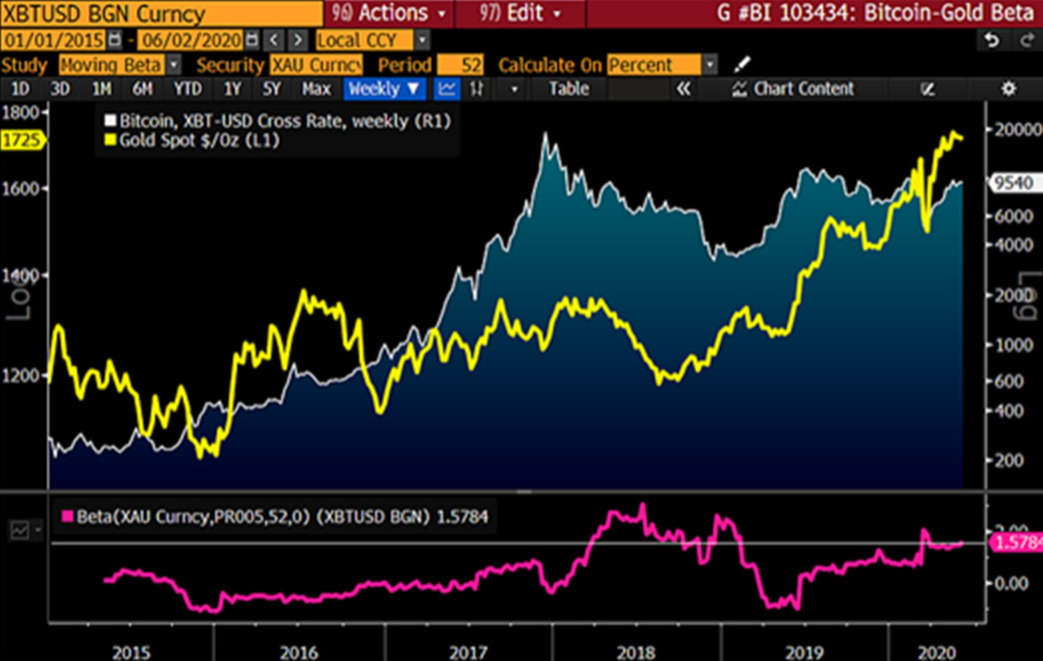 The famous Paul Tudor Jones also noted the similarity of gold and the leading cryptocurrency, which should become a catalyst for growth in the current macroeconomic conditions. 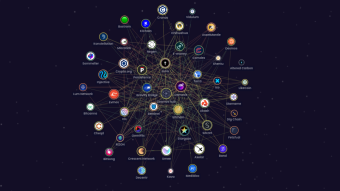