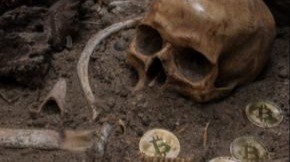 Bitcoin is trading below the cost of mining: it is more profitable for miners to buy cryptocurrency in the market

Recently, a historic event took place in the crypto industry: within 24 hours, Bitcoin depreciated by 38%, and according to Coin Metrics, this is the third largest daily dump. In 48 hours, the leading cryptocurrency exchange rate fell by more than 50%. 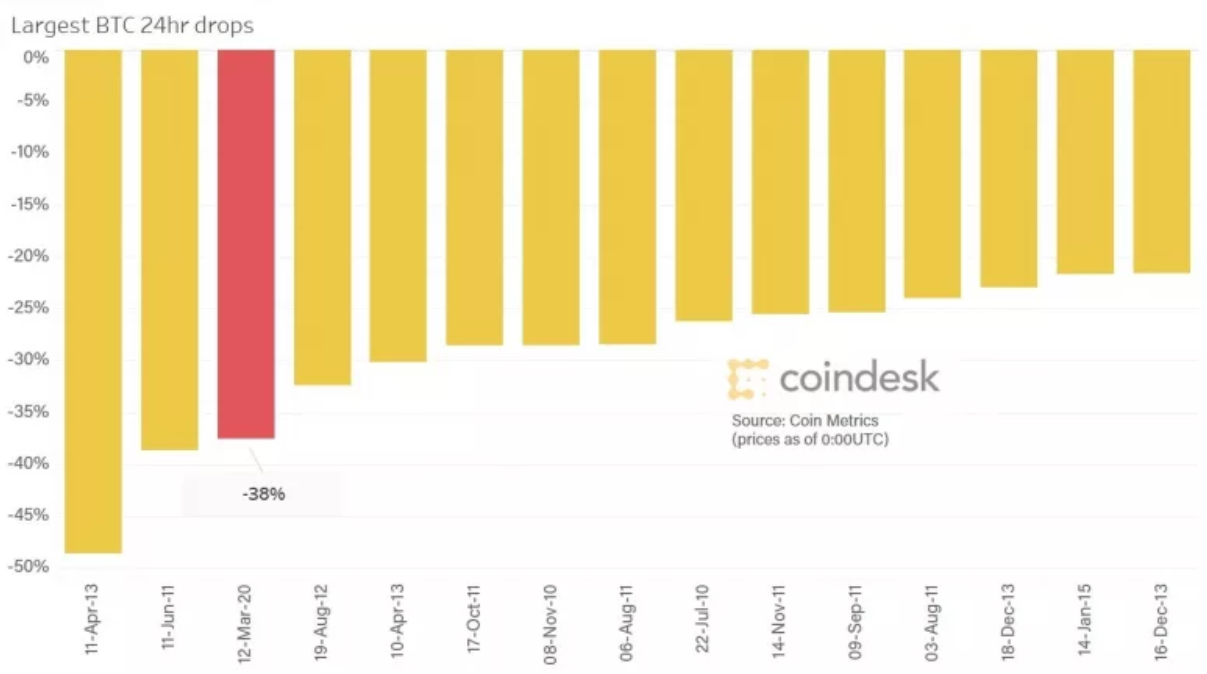 At the moment, the world's first cryptocurrency is trading below the level of costs required by miners to produce each coin. Now it’s more profitable for miners to buy BTC directly on the open market. Could this be a threat to the stability of the BTC blockchain, the upcoming halving and the leading coin rate?

Bitcoin exchange rate fell below the cost of mining

Perhaps, after one of the worst dumps in the 10-year history, Bitcoin is in the most unstable situation.

With the collapse of the stock market and the spread of coronavirus, all areas of economic activity are suspended. Bitcoin and the entire crypto industry are also weakening, as the world is in a state of quarantine and panic. 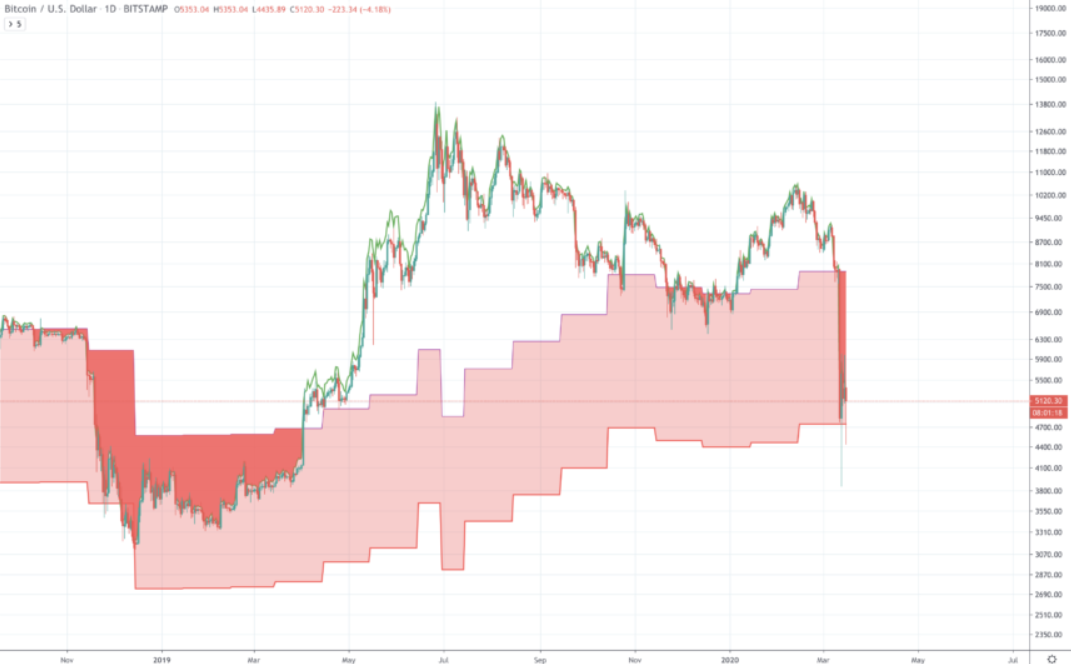 Mining cost and dynamics of the BTC rate

The underlying protocol of the BTC blockchain uses the principle of Proof of Work or Proof-of-Work, which involves the use of computer power by miners when performing complex calculations to check each new block.

The reward for this is BTC coins. But there are also operating costs associated, for example, with equipment maintenance.

And if the total amount of these costs is higher than the cost of Bitcoin, it is easier for miners to buy an asset on the market, and not use miners to ensure the smooth operation of the network.

These are the conditions created now when Bitcoin is trading at the level of 10-month lows. As you can see in the chart above, only with the most optimized work of the miners is the minimum profitability of this direction possible.

Hell after halving: according to mining metrics, the worst is yet to come

In accordance with the current costs of production, the cost of mining is estimated in the range from $ 4,800 to $ 8,000. This means that most miners are now operating at a loss.

Moreover, the cost of mining will increase significantly over the next two months. It was expected that halving would be a bullish event, as a result of which supply and demand will form the conditions for price increases, but this time the reduction in remuneration can be deadly for most miners.

In just two months, the cost of production will double, as a result of which the aforementioned range will already range between $ 9,600 and $ 16,000.

As a result, the difficulty of mining will decrease when some miners close their business, and ultimately this will lead to lower production costs for each BTC. But the initial, sharp reduction in remuneration can have a shocking effect.

The second metric for monitoring the state of the mining industry is the so-called Complexity Tapes or Hash Ribbons. In the past, this indicator signaled that miners were going to capitulate, and at the subsequent reverse crossing, investors received a strong signal to buy Bitcoin. 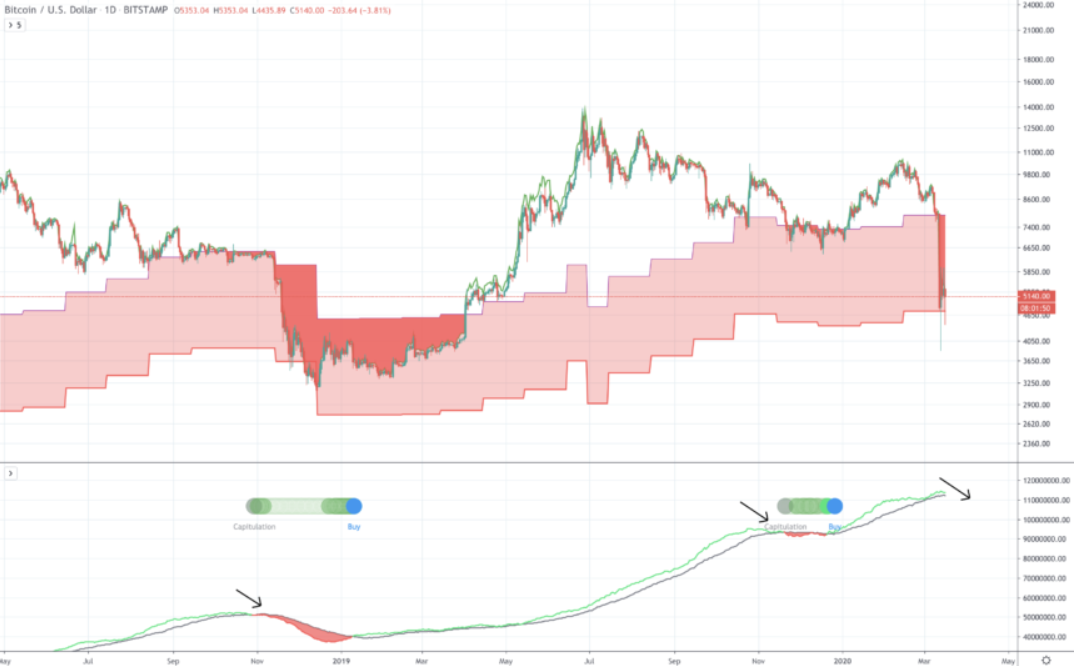 Miners capitulated at the end of 2018 and again at the end of 2019. Now BTC difficulty tapes are once again striving for intersection. With such a negative ratio of the cost of mining and the price level, miners can capitulate again, becoming a catalyst for an additional sale of assets.

However, in the current conditions there is also the only positive indicator associated with BTC mining. It consists in the fact that after the completion of surrender in each cycle, the signal to buy the Hash Ribbons indicator marked the beginning of a movement to a new historical maximum.

Halving surrender and a signal to buy Hash Ribbons

During past market cycles, the Hash Ribbons indicator went through three main stages of surrender before a new bull rally began. At the moment, two phases of surrender have been recorded, and the next major sale of miners could be a final shock before the start of a new cycle.