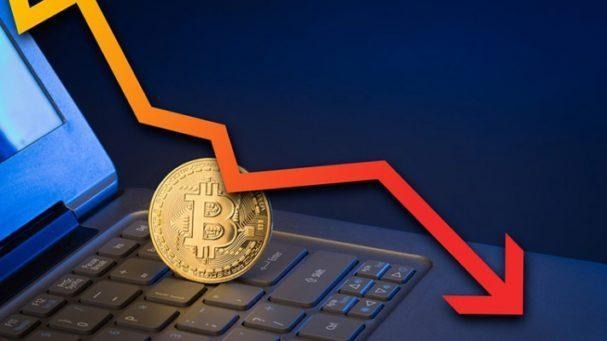 Bitcoin exchange rate is falling, and the dominance index is growing

The Bitcoin exchange rate rebounded from the resistance area of ​​$ 10,000 and is aggressively declining, sifting to the level of $ 9,500. It is noteworthy that in this case, the BTC dominance index is growing. 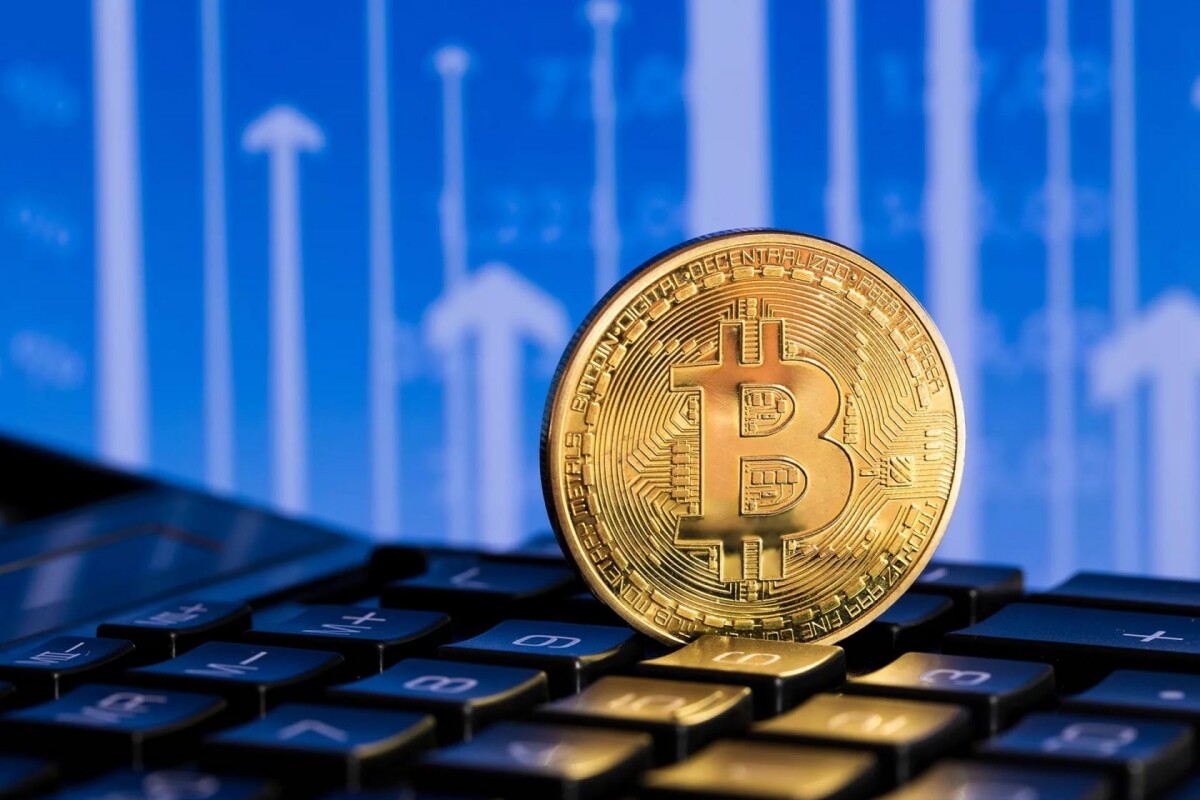 Today, the Bitcoin Dominance Index (BTCD) has appeared at very important levels - in the area of ​​the upward support line, which has been on the chart since February 13. A break below this mark promised the index to fall in the direction of the support area of ​​64.5%.

Meanwhile, strong resistance is formed at the top, formed by the 50-, 100- and 200-day moving averages (MA), while the 50- and 200-day MA are close to the formation of a bullish intersection. Such a large number of resistance levels makes it difficult for the bulls to turn all these levels into support 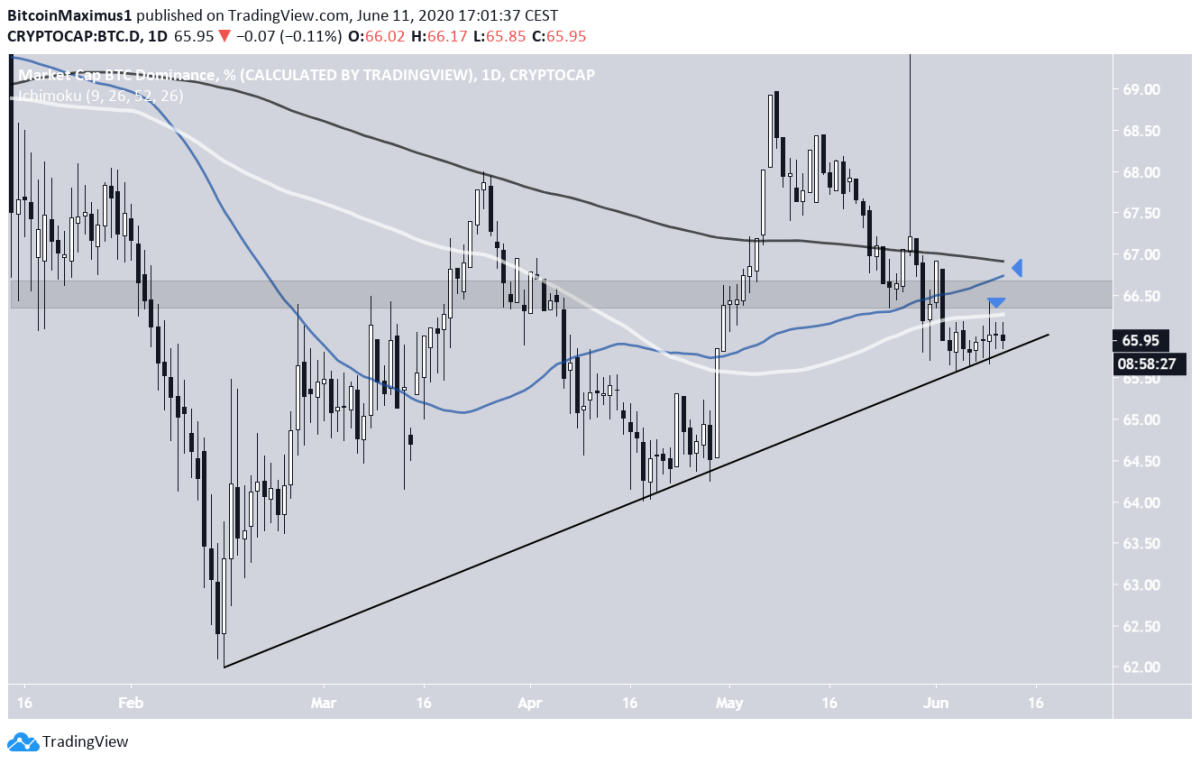 In addition, the BTCD dominance index is also trading inside a symmetrical triangle, since it has been following the short-term resistance line since May 14. Now the price has come very close to the expected border of this pattern, and this may mean that very soon she will have to make a choice and decide on the further direction of movement. 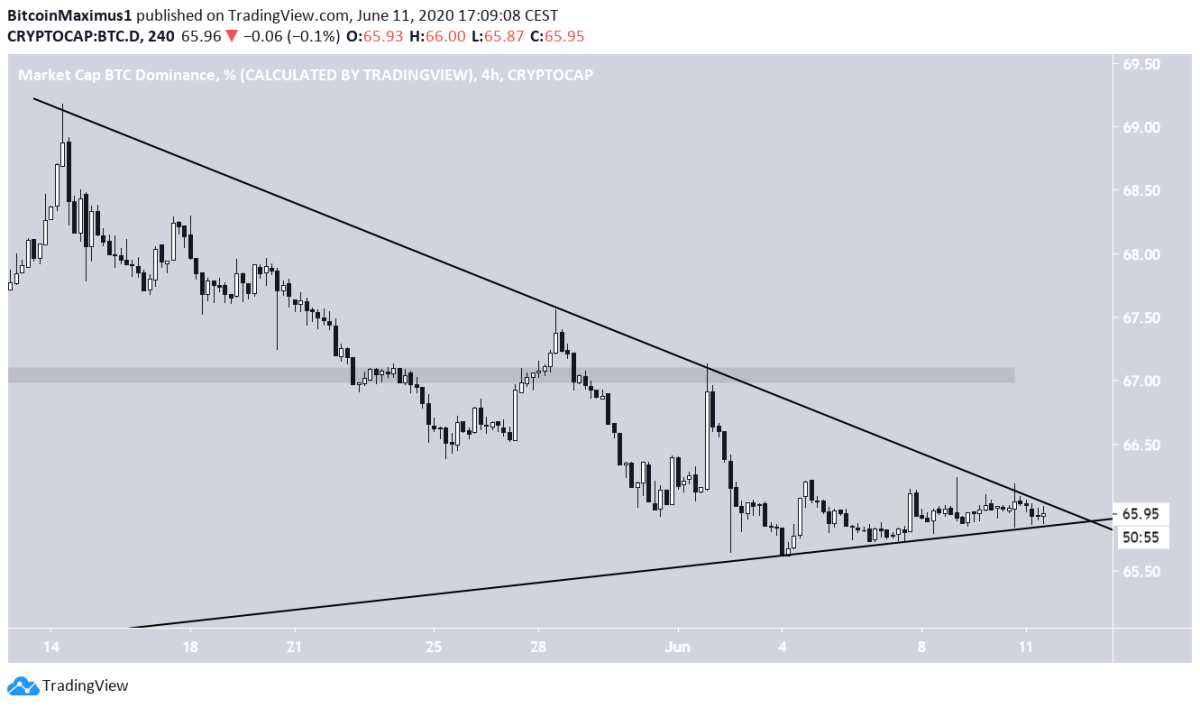 Until recently, the correlation between the exchange rate of Bitcoin and the index of its dominance in the market was direct. The growth of the currency caused the growth of BTCD and vice versa.

However, I am now observing an interesting trend:while the BTC rate is falling, the BTCD index is moving in the opposite direction. And since at the time of writing this analysis, an aggressive collapse of bitcoin was occurring on the market, it can be assumed that it is potentially capable of setting a momentum for the BTCD index for a bullish breakout of the above triangle.

Moreover, as history shows, an increase in the BTCD dominance index can provoke sharp currency movements in both directions. Accordingly, both its collapse and the subsequent energetic rebound are capable of causing a bullish breakdown of the triangle. 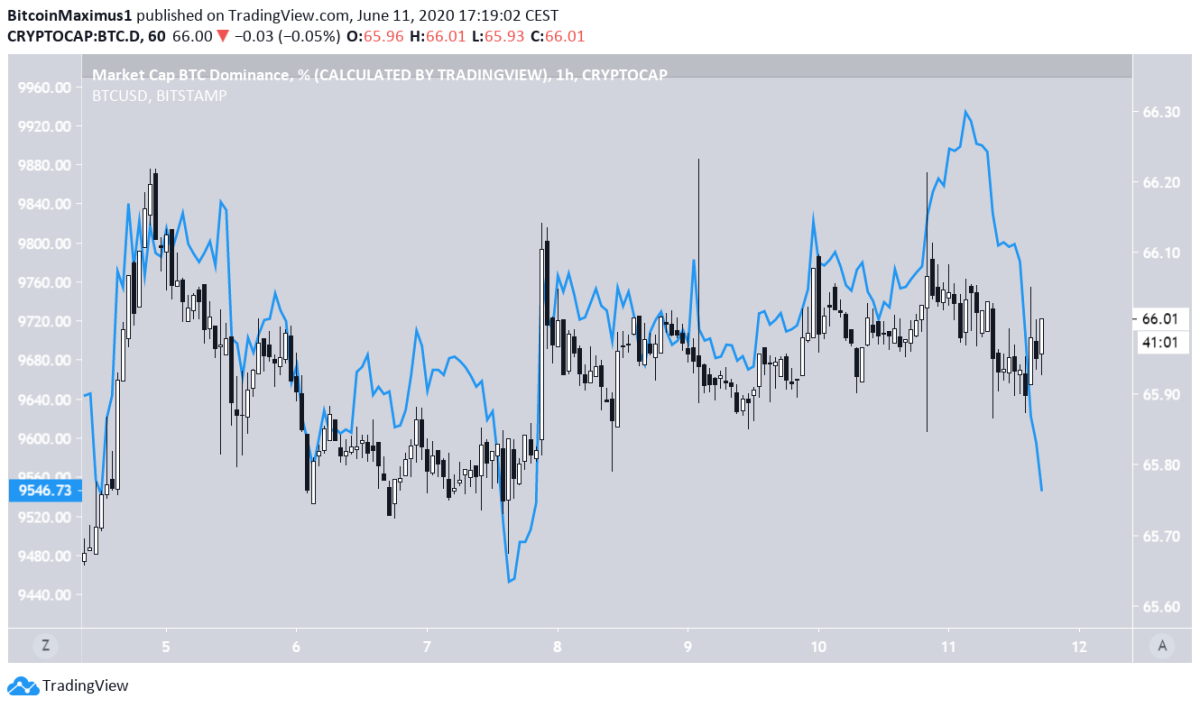 What does bitcoin do?

As for the course of bitcoin itself, today it has lost an impressive $ 800. Rolling back from the morning high of $ 9975.

During the fall, the pair broke through the support area of ​​$ 9,450 and the 600-hour moving average. Hence, the price has already rebounded three times in June, but each subsequent rebound was weaker than the previous one, and the trading volumes that accompanied the bearish candles were higher.

Unfortunately, this pattern indicates long-term bearish signals,warning of the danger of losing support of $ 9,450.

In addition, during the fall, the price pierced the next support area at $ 9,200, although now there has been an energetic rebound from peak lows.And at the time of writing, the pair is trading over $ 9,300.Further support is located in the region of $ 8600.