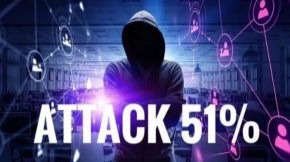 A 51% attack on Bitcoin Cash is valued at $ 10,000: will the BTC blockchain become vulnerable after halving?

The recent reduction in remuneration on the BCH network has affected the hash rate. The most important indicator of network security fell by more than 80% in two days.

As a result, organizing an attack of 51 percent of capacity on BCH is currently priced at less than $ 10,000 per hour. This raises concerns about network security. 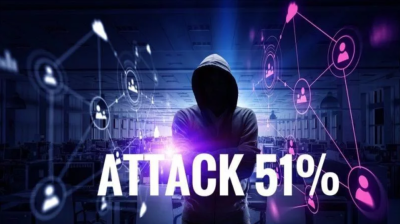 In response to a decrease in rewards from 12.5 BCH to 6.25 BCH, many miners apparently redistributed their power to the Bitcoin network.

According to f2pool, the BCH hash rate dropped from nearly 4,200 pentaches per second (PH / s) to 720 PH / s within two days of halving. Over the past few hours, this figure has more than doubled from a local minimum and currently stands at 1,600 PH / s.

According to fork.lol, the Bitcoin hash rate increased by more than 30% amid a massive disconnection of miners from the BCH network.

Hashrate BTC and BCH for the last 30 days

The sudden drop in hashrate also made BCH vulnerable to 51% attack risk at the moment. The Crypto51 portal estimates the launch of a similar attack on the Bitcoin Cash network using leased facilities at $ 9130 per hour.

Now the crypto community is actively discussing the question of whether such a drop in the BCH hashrate is bad news for Bitcoin, given that the main cryptocurrency network will also undergo halving in about 33 days. One of the opinions of Reddit users:

BTC miners will suffer more than BCH miners if the hashrate suddenly drops by 75% in one day. BCH corrects complexity every 24 hours. BTC corrects difficulty every 14 days. Therefore, miners will work at a loss for a much longer period of time until the functioning of the network normalizes.

It is noteworthy that in the Bitcoin SV network (BSV) about 12 hours ago there was also a halving, however, the miners did not seem to go to other blockchains, and the hashrate remains stable.