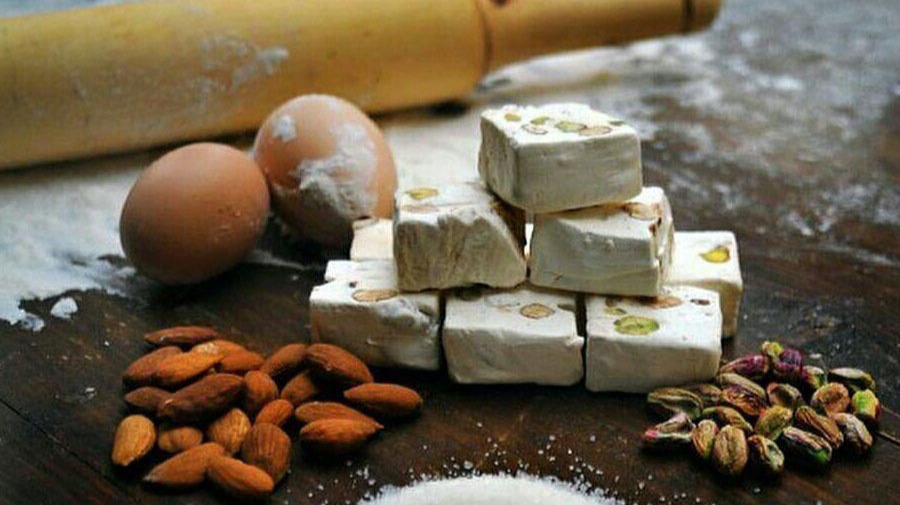 A Divine Flavor Pastry Called Gaz Which in Fact Has Originated of a Tree!

I can say with certainty that the most delicious Iranian sweet is Gaz with an extraordinary taste, and is very delicious, and biting on its white crusty texture is an unimaginable experience.

finding good quality Gaz even in Iran is a difficult task and can be expensive for you but for sure it worth it! You tell me if you can find it easily outside of the country.

Gaz production in Iran dates back to the Qajar period (Dynasty era). Gaz is the main souvenir of Isfahan, Hamedan (Nahavand), Chaharmahal and Bakhtiari, Kerman and Yazd provinces of Iran and is one of the most famous and traditional sweets of the country.

Gaz can be considered as one of the products that were first offered to the world as an export commodity of Iran.

No unnatural substances and additives are used in the production of Gaz, which has other names. In Arabic, Gaz is called "Tarfa" and in Hindi, it is called "Chahaw".

In the past, extract from the Tamarix tree was used to produce Gaz, which was difficult to find, but now it is believed that it is impossible to find a type of Gaz that contains the actual extract of the Tamarix tree (also know of Gaz tree) nowadays. This sweet has long been produced using natural raw materials and traditional tools and methods. Of course, the situation is different today.

The sap of the Tamarix shrub is the main ingredient in making Gaz but actually, it is hard to find and less Gaz producers using it today.

Gzangbin is the most famous species of this shrub (Tamarix) and it grows in desert areas around Isfahan and Khansar county and also in some areas of Chaharmahal and Bakhtiari provinces. From this shrub, a sweet substance is extracted, which is called Gzangbin, and is used in the production of Gaz.

Ingredients of Gaz are including Gzangbin extract, sugar, glucose, egg white, rose, pistachio or almond kernels, and other Tamarix extracts such as Alhagi, Quercus infector. Honey can also be used as a substitute for Gzangbin. 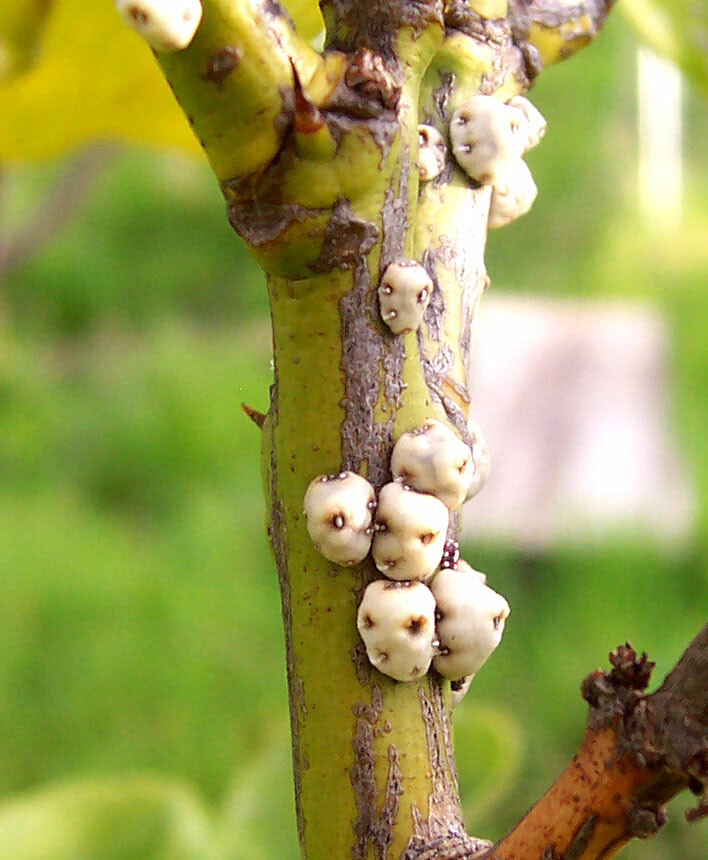 How is Gaz produced?

To produce Gaz, first, mix the sugar in a large bowl with some water (about 20% by weight of sugar) and boil it for 20 minutes, adding glucose before adding the honey (the last minutes of boiling), then turn off the heat below it.

Then pass the ingredients through a strainer to completely remove excess material. The resulting mixture is stirred during heating in large containers to thicken, which is called black Chashni.

In the next step, the egg whites are beaten and foamed to increase its volume. Then add the egg whites to the dishes containing the black Chashni and add a little sugar.

In the next step, add glucose to it, which is done to reduce the concentration of sugar confectionery. In this part, which is called the processing stage, the mixed ingredients are placed under a gentle heat under the stirring devices, and it should be noted that the required heat is such that the ingredients inside them do not reach the cooking stage. If the heat does not decrease, egg whites will burn and the desired puffiness would not be achieved.

Then, for a short time, the heat under the pots (large dishes) is turned on and the mixer has stirred the mixture at a lower speed compared to the previous steps until the egg white-water evaporates and finally Gaz is obtained. Next, the required amount of pistachio or almond kernels is added to the mixture, depending on the type of Gaz. For the pistachio and almond kernels to be completely and evenly mixed with the contents of the pot, mixing devices mix them for 5 minutes. Then the Gaz is molded in special containers. 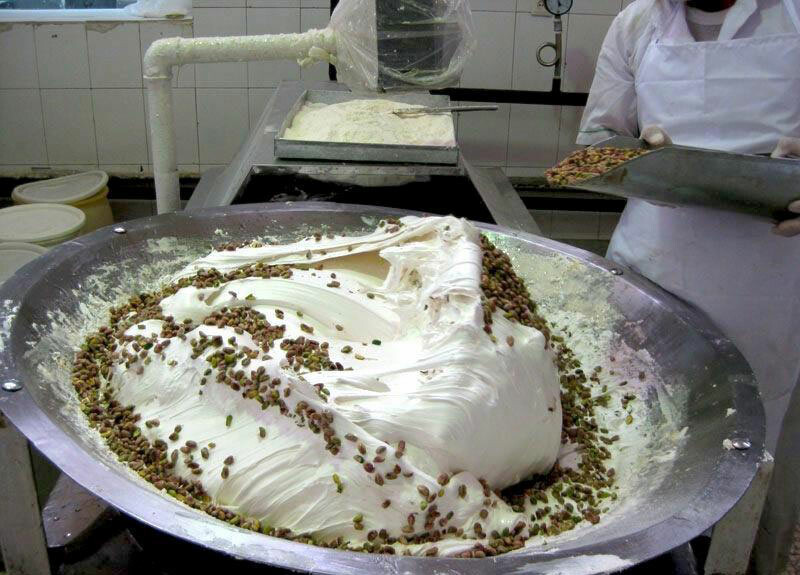