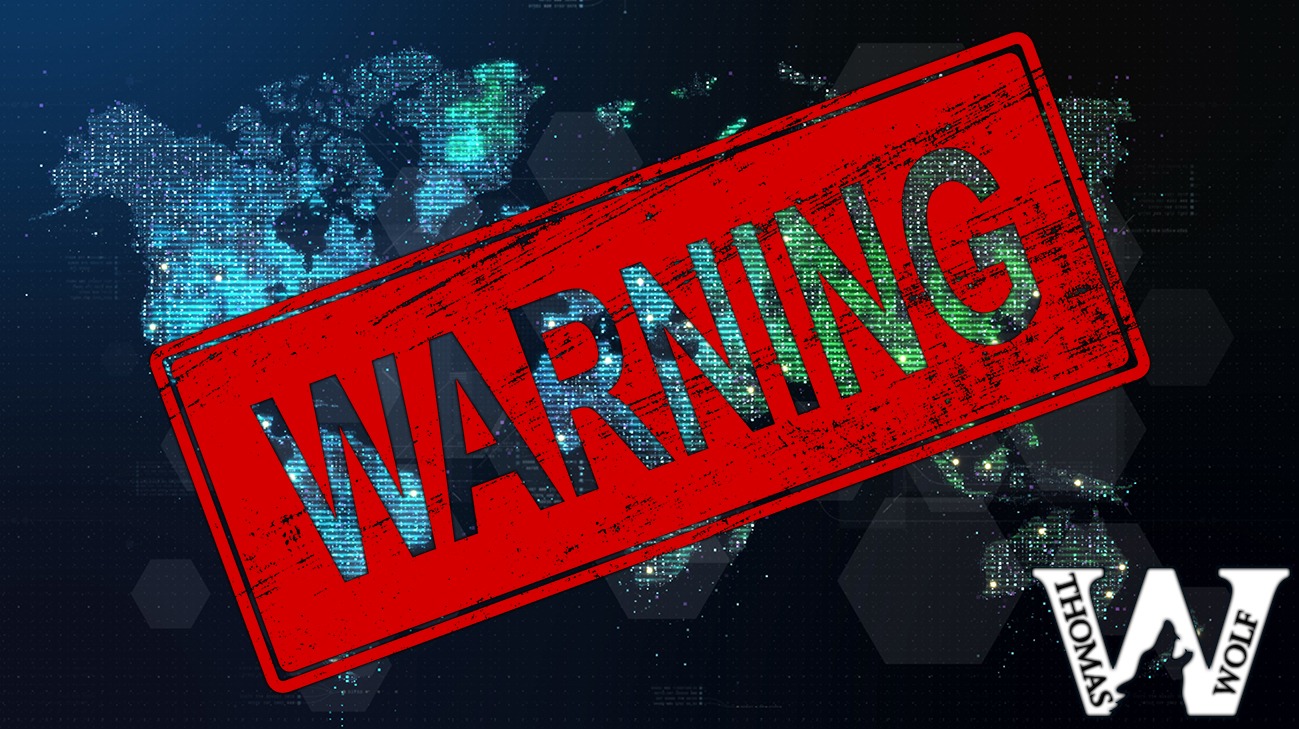 The amount of scams in crypto is staggering and constant, with recent attention to projects using Singapore’s sovereign city-state laws to avoid paying taxes, all while being located somewhere else.

A new Coingape article, “Is Terra’s Singapore Office A “Paper Company?” by Ambar Warrick, well illustrates how Terraform Labs (TFL) aka Terra, who is incorporated in Singapore - is operating out of South Korea’s capital, Seoul.

Warrick laid out a clear abuse of Singapore’s crypto laws, which include no capital gains taxes under the Monetary Authority of Singapore (MAS).  Documents tie TFL to dissolving massive amounts of South Korean holdings a few days before Terra pulled the rug, which is heavily indicative of prior knowledge.

According to SBS reporters, Terra’s Singapore office was nothing but a law office that handled mail for TFL, with tenants reporting never having seen or spoken with a Terra worker.

Seoul has strict crypto laws, including capital gains taxes which has likely been a large factor in Do Kwon and the firm facing tax evasion amounting to roughly $78,000,000 USD in unpaid taxes.  The Seoul government is also investigating the situation to decide if they should take further legal action against Kwon as well.

This comes of little surprise to me after doing a deep dive on a Singapore-based scam project, the AIOZ Network.

Their CEO, Erman Tjiputra was a client of mine briefly and I am not proud of it; he’s the single largest letdown I’ve encountered in blockchain as he comes off as a very nice and intelligent person, until you do a little digging and find countless red flags, anyway.

For the record, I volunteered to sign an NDA (Non-Disclosure Agreement) multiple times.  Not having an NDA with inside information (including on their competition) was a large red flag as scam projects tend not to have a legal department, and they claim to have north of 30 salaried employees.

This also creates somewhat of a moral dilemma as I’ve never lied to my following and did my best to build my reputation on integrity, but also wanted to honor my work. However, given the nature of the situation, I believe it calls for extenuating circumstances.

At the end of the day, I just can’t live with this going on and not warn people. My hope is you will use this free information to make up your own mind, but at least have a fair warning.

After studying the project front-to-back end and watching some shady market patterns, it became clear to me they were wash-trading and using the guise of legitimate circulating supply dispersal to coordinate pump and dumps.

An example is their most recent one which sent the currency over double value, only to quickly fall below 0.09c USD right after - with a 3% increase in circulating supply right afterward, leaving holders hurting in a bear market.  The last increase was 2%, this one 3% (55% to 58%), and they will keep using a linear release to keep upping their profits.

AIOZ denies knowing when its chain releases its circulating supply.  I believe they used a handful of profiles to act as a pufferfish company.  Their CEO claimed to source all of the company's money personally through an AI (Artificial Intelligence) parent company but suddenly became very interested in VCs (Venture Capitalists) and outside funding when their roadmap failed.

They lie about their team numbers by a large margin, have no legal department, don’t have enough edge nodes to power any juicy DApps, their whitepaper is completely irrelevant, their last roadmap failed and their internal v2 roadmap includes the release of an NFT marketplace - the biggest hot spot for wash-trading in cryptocurrencies with no Western legislation to stop it.

They refused team exposure in a pitch deck, if you are not familiar with a pitch deck it is typically used to attract investors, and highlighting the team is a standard component.  Their Telegram admins continually ban people for asking questions and their channel is loaded with bots saying only nice things randomly.

Not even a highlight of the CEO and the previously publicly released names that were on their old website was permitted, gone along with their roadmap, despite there being a second roadmap which people beg for constantly in Telegram only to be told there is no new roadmap, I’ll post it below. 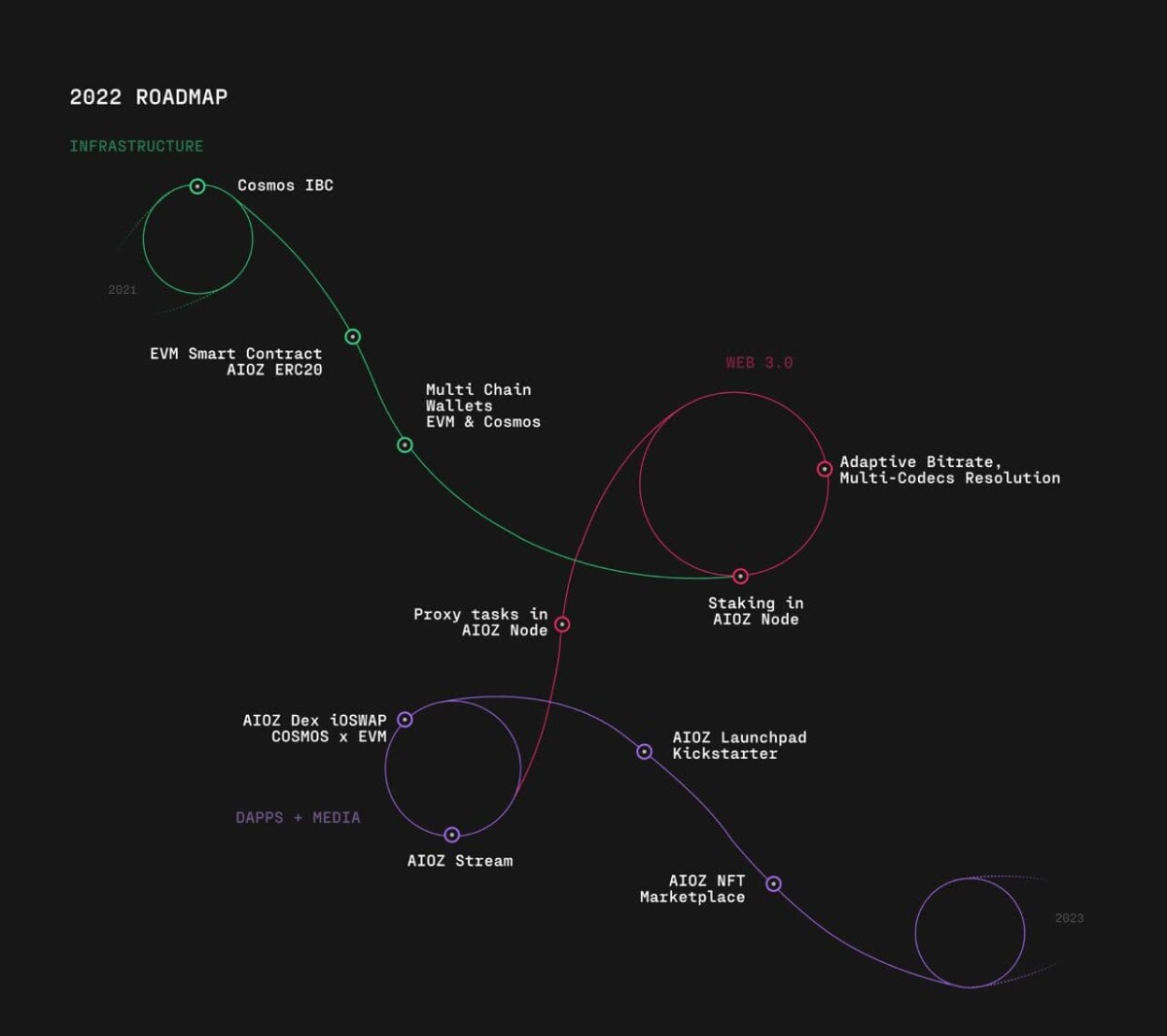 It is quite possible that AIOZ is running a paper office out of Singapore as most of their team is Vietnam-based, which I learned when I researched their backgrounds for a Theta article requested by Altcoinbuzz.

With the company being based out of Singapore, they can use legitimate Cosmos SDK & Evmos (among other) software to legally wash trade without paying taxes.  I can only imagine this will end in a rug pull after many pumps and dumps; this is definitely intended to be a long-term scam.

I now demand 100% transparency in blockchain software and even more so, with project teams, roadmaps, partners, and influencers, to best evaluate project legitimacy. The fact AIOZ uses edge nodes that have instability and low to no earnings is somewhat indicative of a cryptojack, although I think it's just crap software.

With greater concern, I expect to see an uptick in legislation due to the massive abuse people like this have done to the market, and people can do this from the USA, as well. The fact scams can readily make their way onto exchanges like Coinbase and KuCoin is alarming.

Singapore is beautiful and full of technical innovation, but how can you trust people who want to be hidden when you cannot validate their numbers, motives, or location?

I plan to focus on open-source, community-driven projects from here on out, and will only accept contracts from transparent companies.

The faith I have in cryptocurrencies right now is tied to active developer work and legacy or time-proven currencies such as Bitcoin (BTC), Ethereum (ETH), Bitcoin Cash (BCH), Tezos (XTZ) & Stellar Lumens (XLM).