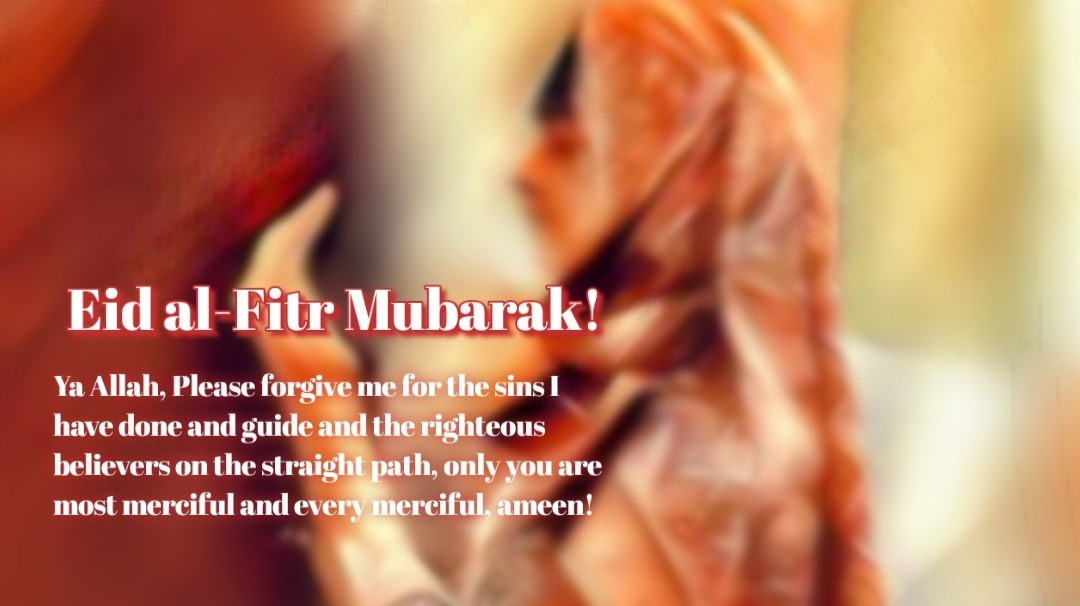 First of all, Eid Mubarak to all the people who are reading this blog today. May Allah accept all your righteous Duas (prayers) and protect you and your beloved ones from the rejected Satan.

Eid is an Arabic term translating to "festival" and Eid ul Fitr is the name of the festival for which all of us got a day off.

The literal meaning of Eid-ul-Fitr is 'festival of breaking the fast. And since all Muslims around the globe observe a long fast called Ramadan starting from dawn to dusk for a month, Eid is a celebration of the end of Ramzan.

My family has no idea about the decision I took. They don't know that their daughter is a Muslim. I do not wear a hijab because that will surely make them aware of the hidden fact. The month of Ramadan made me an expert in hiding food and consuming it at iftar. Yes, I do miss Salah a lot of times when finding a safe stop is not an option either.

Today, I felt like an odd fish between my own family but whatever happened was expected. We did not get a school holiday today because in reality, the moon will come out at night and then the Chaand Raat (Moon night) will start followed by Eid.

Muslims hug each other on this occasion, I hugged my sister after fajr when she was sleeping and that is how my peaceful day began. Only disbelievers do not do anything this day- that's what my Pakistani Muslim friend told me and so, doing at least something became an obligation on me.

I wore a new top, baked a chocolate cake, and prayed. As always, I posted a few pictures on Instagram after locking myself in my room and wearing a hijab with the pretty butterfly pin and writing a quote.

Removing the ill-thought of the negative for Eid ul Adha or Bakra Eid was also on my list. All my life, I hated this festival, I was not a vegetarian as a kid but became one at the age of eleven, and every year when the sharing of WhatsApp messages happened to emotionally hurt others mindset by telling how cruel Muslims are with animals, it gradually filled my heart with hatred too.

Lack of knowledge and physical distance between communities plays a big reason in the manipulation of the brain. It not only happens with Islam but every single religion in the world. Even though was born a Sikh, I lived my whole life in a Hindu area, making Hindu friends and classmates. We used to and still do celebrate Diwali, Holi, and every single festival together.

I never had any Muslim person in my surroundings but virtually I met so many.

Once I was talking with a Muslim guy and somehow landed on the topic of Eid. That time I had a misconception that there are five Eids in total, naming:

I can bet that a Muslim's jaws dropped after reading this right now. That day my friend died in laughter too and then corrected me that there are only two of them. That was not an embarrassing but an informative incident for me. I hope you'd an amazing day and a lot of blessings in this pious season!

There is a lot to learn and a lot to tell.

Ayo, if you're reading this, you may find me on Instagram at @shadowysecret

All along my small life path, I've stayed in the soup of my philosophical thoughts, beating a dead horse and trying to find my actual identity. From Sikhism to Christianity then Satanism and Atheism and finally settling in the peace of Allah by submitting myself as his servant and living a Muslim life- this is a story of a convert which began with shahada on 23rd February 2021. If you want, you can find me on Instagram at @shadowysecret Rest, Allah knows best. : )