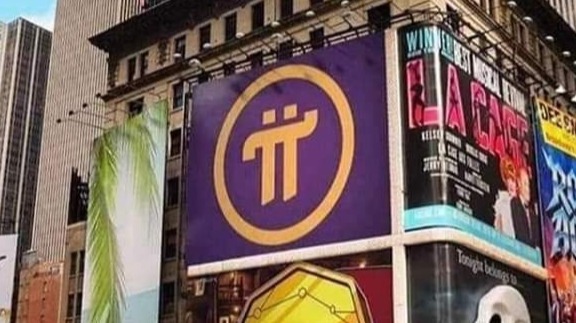 Since Pi does not have a blockchian, you do not believe it is real, suspect. Now what do you say?

Blockchain is a distributed or easier to understand digital ledger than a database in a network. The ledger is shared among those who join the network. This shows that in the entire system there is not only one single location, a single document can serve as a single authority, since duplicates of the same ledger version are located in many places.

All these copies are updated when new data or transactions are written to the blockchain through consensus of all participating. Miners are responsible for approving transactions and monitoring the network by solving sophisticated formulas with the help of a computer. It is a P2P peer-to-peer system, eliminating all intermediaries, enhancing security, transparency and stability as well as minimizing costs and human error.

By allowing digital information to be distributed but not copied, blockchain technology has created the backbone of a new type of Internet.

In his book Blockchain Revolution (2016), Don & Alex Tapscott stated: "Blockchain is an indestructible digital ledger of economic transactions, programmed to record not only those Financial transactions that can record everything of value ".

2 How does blockchain work?

Blockchain technology is perhaps the best invention from the Internet itself. It allows the exchange of value without the need for trust or trustworthy evidence. Imagine you and I bet 50 $ on San Francisco weather tomorrow. I bet it will be sunny, you bet it will rain. Today we have three options for managing this transaction:

We can trust each other. Rain or shine, the loser will pay the winner $ 50. If we were friends, this could be a good way to bet. However, whether it is a friend or a stranger, it is still not easy to pay the other person.

We can turn the stake into a contract. With a contract in place it would be easier for both parties to pay, however, if either of them decides not to pay, the winner will have to pay extra to cover legal costs and possible judgment. take a long time. Especially with a small amount of cash, this does not appear to be the optimal way to manage transactions.

We can turn to a neutral third party. Each of us gives 50 dollars to a third person, she will give the total amount to the winner. But, she can also run away with all the money. So we will choose one of the first two options: trust or contract.

Both trust and contract are not the best solutions. We cannot trust strangers and enforcing contracts takes time and money. Blockchain technology is interesting because it provides us with a safe, fast and cheap third option.

Blockchain allows to write a few lines of code, the program runs on the blockchain, to which we both deposit 50 dollars. This program will keep $ 100 safe and check tomorrow's weather automatically on multiple data sources. Sunny or rainy, it will automatically transfer the full amount to the winner. Each party can check the contract logic, and since it is running on the blockchain it cannot be changed or stopped. This effort might be too high for a $ 50 transaction, but imagine selling a home or business.

The goal of this section is to explain how blockchain works without discussing in-depth technical details, but enough for you to have a general idea of ​​the underlying logic and mechanism.

Imagine a spreadsheet that is duplicated thousands of times through a network of computers, which is designed to update the spreadsheet on a regular basis so that you can understand the basics of blockchain.

Information held on a blockchain exists in the form of continuously harmonized and shared databases. Here's how to use the network with obvious benefits. Blockchain databases are not stored in a single location, meaning that the records are stored in a public, easy to verify. No centralized version of this database exists, so hackers also have no chance to attack it. Blockchain is stored by millions of computers at the same time, its data can be accessed by anyone on the Internet.

A network of nodes

Together, these nodes create a powerful tier 2 network, a completely different perspective on how the Internet might work. Each node is an "administrator" of the blockchain network and automatically participates in the network, the driving force for this participation is the chance to win Bitcoin.