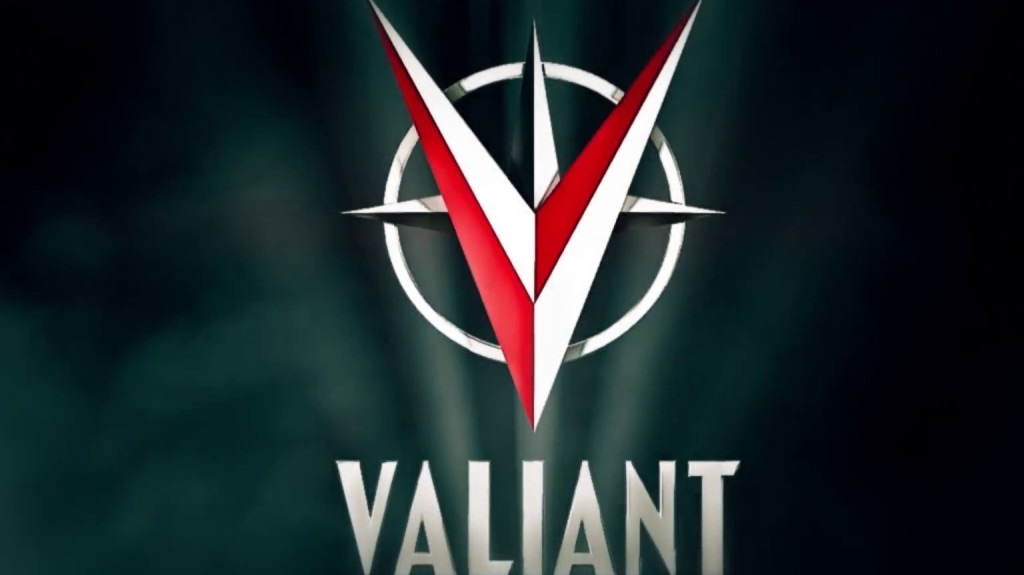 The time has come, and for anyone owning a Valiant Universe Season 1 Mint Pass, you can now mint your first of six NFTs, only paying gas fees!

The Valiant team has been hard at work building their unique metaverse, and play-to-earn game. These character drops, of which there will be six, will be used in their game to earn tokens, gear and more, for their upcoming release.

Their first drop - Punk Mambo - and their continued support of women in the cryptocurrency and NFT scene, has left an absolute brilliant taste in my mouth that's hard to explain. Not only do we have a tried and true company behind this project in Valiant Comics, but they are a team that listens and has done their utmost to provide a fair distribution, and access to everyone who has contributed and been a part of the project. From their constant Twitter spaces, stages on Discord, and collaborations with multiple projects including cryptomonKeys, Borpa (MoMB) and more, they're working relentlessly to make this project work.

Those of us that hold a Mint Pass, had access to mint one of the Punk Mambo NFTs, just paying for gas. With a minting price of 0.077 (~$200), this is one hell of a deal! Mint Pass holders also had access to mint an additional 5 Punk Mambos, however, they had to pay full price for everything except the first mint. Amplify that by the fact the contract used is an ERC-721A contract, and you can potentially mint all 5 NFTs for a very reasonable amount of gas. For example, my free mint cost about $40 in gas, or ~0.017 ETH. If you mint all 5 NFTs you have access to afterwards, people were paying as little as $120, or 1/3 less in gas fees compared to minting them separately, again another way the Valiant team is working for us!

For those interested in obtaining a Punk Mambo for Valiants' upcoming play-to-earn game, Mint Pass holders have been eligible to mint since today at 11am PST (7pm UTC), core supporters (allow list) will be eligible to start minting on February 21st, at 7:00am PST (3pm UTC) followed by the early mint list (won through giveaways on the Valiant Twitter spaces, Discord stages, etc.) at 5pm PST (1am UTC). Any available NFTs afterwards will go to the public sale starting on February 22 at 11am PST (7pm UTC). 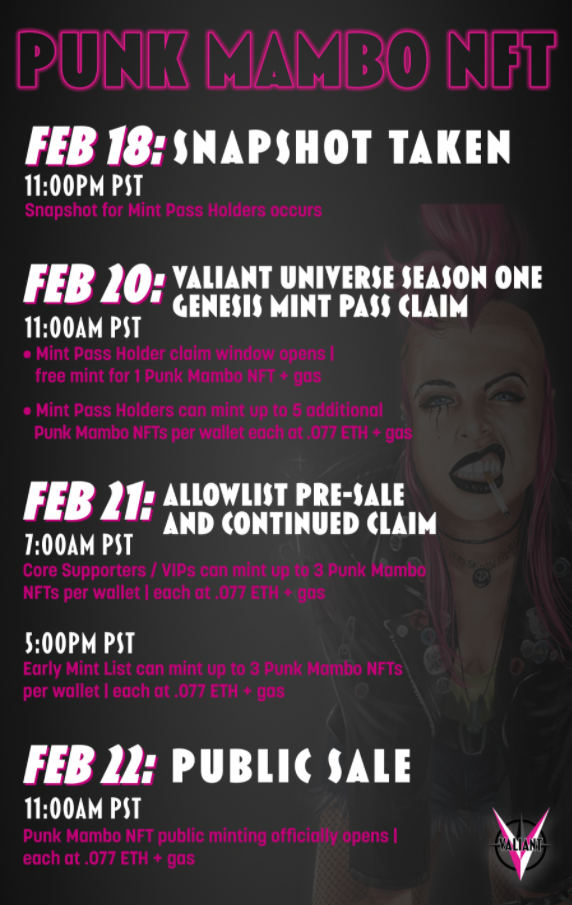 Overall I'm extremely high on this project, and maybe that's just me, but when a project shows this much dedication to their community and continuously puts them first over their own sleep at times, it's hard not to be. Be sure to check out their project at https://nft.valiantentertainment.com/ including their roadmap, character drops, joining their Discord group and more!

Writing about the Valiant Comics series of NFTs. The Valiant Universe Season 1 Genesis Mint Pass was my first purchased NFT, and I have been enjoying the project and community along with it.