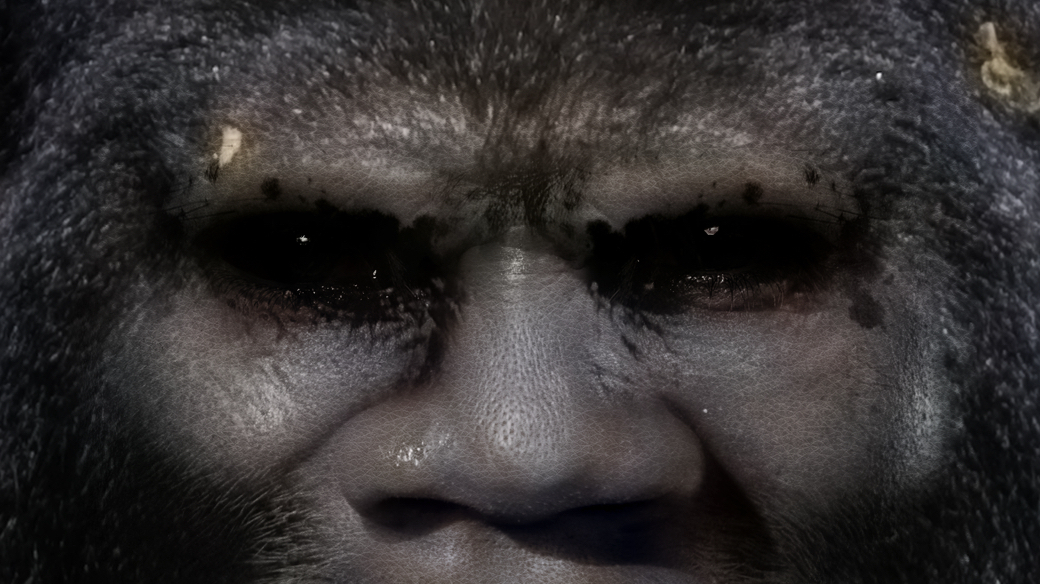 The Old Man of the Ocmulgee

November was two years ago when me and Grandpa went huntin'. He rents this place on the Ocmulgee right close to Abbeville on the north side of town.

I 'member it bein' kinda cold but it weren't overcast or nothin' like that. We was gonna go that mornin' but somethin' came up.

When we got there, we loaded up the Gator and went out to the feed plots. We had turnips and mustards growin' there. We had a feeder there, too. Just a raised trough, really. We poured a bunch of corn in there and went to my hide.

A lot of people 'round here hunt in tree stands. I got me a hide that sits on the ground. Grandpa don't want me havin' to climb no tree. I'm his only granddaughter and he don't want me gettin' hurt.

My hide sits right in the edge of the woods. We got a track runnin' on either side. 'Bout 10 yards wide and maybe 150 yards both ways.

Grandpa dropped me and my rifle off. He made sure I had two clips of ammo before he left. He told me to call if I was needin' anything. We had some walkies and ear pieces so we could talk. His spot was 'bout a quarter mile away.

I opened my windows and sat down to eat me some jerky while I was waitin' for dusk. I pulled my rifle outta the case. It was a Savage .308. Them things got some kick but they'll take down a buck at 300 yards.

I oiled my bolt and cleaned the lens on my scope. I was ready.

I throwed up my rifle and checked the lanes. Nothin' on the left. Nothin' on the right. So I just sat right there and started mullin' over stuff and listenin'. Does got a soft moan. Bucks grunt.

Then all of a sudden it was dead quiet. Wasn't no squirrels scamperin'. No birds was chirpin'. Seemed like the breeze in the top of the pines done stopped, too.

I done seen a bunch of black bear down here on the river. They ain't nothin' to be worried 'bout. You can just yell at them and they go runnin' off. I ain't never seen a panther, but I heard them. Sound kinda like a woman screamin' in the woods. It's Kinda freaky. Barred owls too. They sound like monkeys.

I waited to see what I could see.

I seen somethin' movin' outta the corner of my eye. I looked over toward the feeder and seen some guy step outta the woods. He grabbed a handful of corn and stooped down behind a tree. I though 'bout yellin' at him. Tell him he was messin' up my huntin'.

Then he stepped out again. Grabbed another handful of corn. He put it up to his mouth and started eatin' before he stepped back behind the tree.

This guy wasn't wearin' any orange. Was he when I seen him before? That happened so quick I couldn't remember. Maybe he took it off. That's a good way to get shot in the woods. Somebody's gonna think he's a deer or somethin'.

He stepped out again and grabbed more corn. He ain't go no gun neither. That's just crazy.

The fourth time he stepped out, the hair stood up on the back of my neck. This ain't no guy.

He was starin' at me starin' at him. Black eyes. Dark brown skin. Black hair. This sure ain't no man.

He reached over and got more corn and headed off in the woods.

I got on the walkie and called Grandpa. Told him I needed to leave 'cause I was havin' woman issues. He came right on.

I never did tell Grandpa what I seen 'cause he wouldn't believe me anyway.

I ain't been back in the woods since.