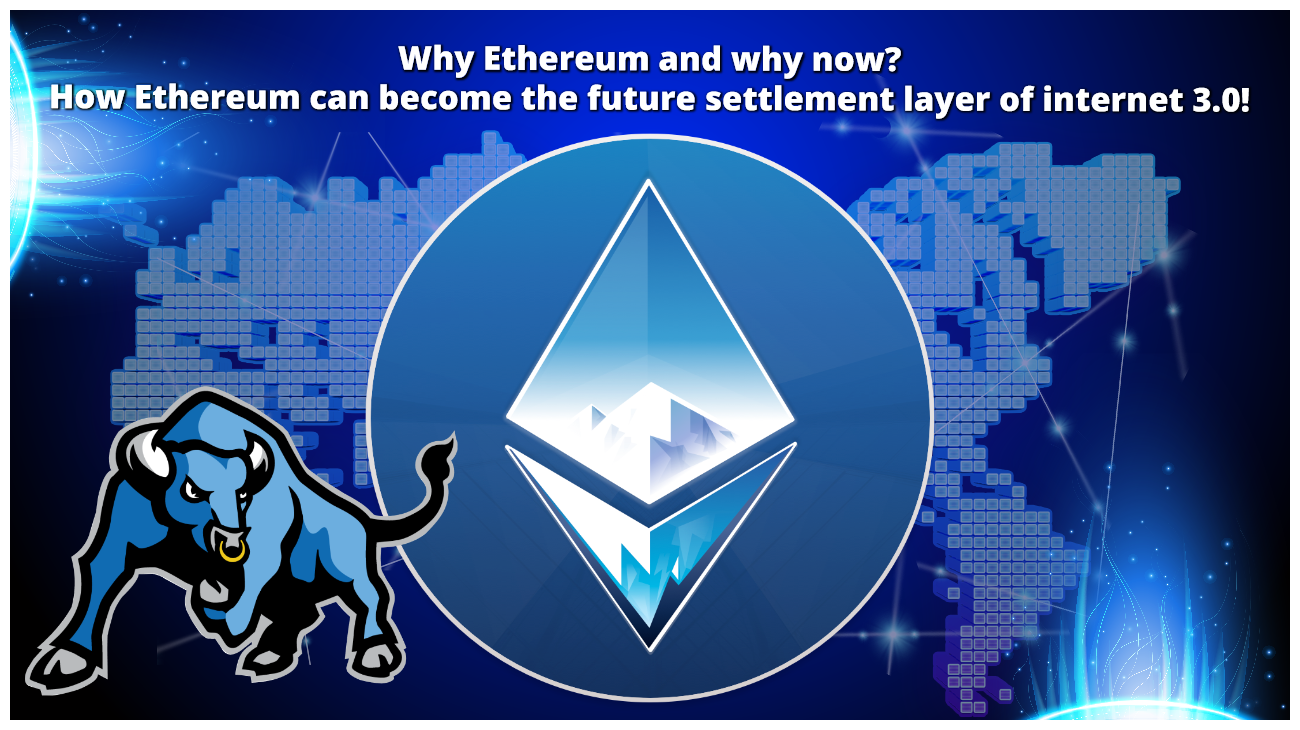 Why Ethereum and why now? How Ethereum can become the future settlement layer of internet 3.0!

Noticed the rising interest and valuation of the Ethereum project? Let's dive into 3 main drivers for the most popular smart contract platform.

One of Ethereum's problems holding it back are its Achilles heel, better known to users as 'high gas fees', due to network congestion. To solve this issue, the EIP-1559 proposal aims to flatten Ethereum gas fee spikes, making worldwide adoption of the Ethereum network economic viable by increasing the number of possible transactions as well as making the costs predictable. An army of investors and teams are literally waiting for this problem to be solved!

The introduction of a BASEFEE will allow users to set the price accordingly to their limits, whilst the BASEFEE, usually paid out to miners, will be burned. By eliminating this amount of ETH from the network, Ethereum becomes a deflationary asset (ETH supply goes down over time), which in turn will push the price per Ether up. The Ethereum network will no longer have an unlimited supply side, but similar to Bitcoin, be limited in nature. It too can be a reserve asset.

2. Ethereum 'Ice Age' will push miners to become stakers-and-hodlers instead of dumpers.

The Ethereum ice age mining difficulty adjustment scheme incentivizes miners to become stakers and hold their Ethereum. When Ethereum Proof of Work (PoW: mining) transitions to Proof of Stake (PoS: staking), the mining community will benefit from hodling their Ethereum for staking rewards, instead of mining Ethereum and causing sell pressure by dumping or selling on the open market. The current Proof of Work requires Ethereum miners to spend large amounts of computational power to process and verify Ethereum transactions in return for new ETH.

Rather than suffering Bitcoin's faith and debates over block sizes, Ethereum decided to switch to Proof of Stake, which is 99% more energy efficient and allows for new growth opportunities within the rapidly expanding Ethereum ecosystem.

All around the world voices alert us it is time for a new Bretton Woods moment or even a big reset. It is clear that the ecomomic gravity point of the world has moved towards China and the USD might not be the global reserve currency much longer. We are, of course, talking about years if not a decade before the economic and monetary changes will lead to their final result: a transition into a new global financial system. What can this new financial system look like?

If we repeat history's mistakes, the Chinese Yuan becomes a new global reserve currency, as the USD did, and China will eventually suffer the same consequences by creating large trade deficits and exporting its currency and jobs abroad. Not a good idea! China probably doesn't want this either. They do however want a move towards de-dollarization, which they already started by no longer investing their dollar surplusses into US treasuries but creating the One Belt, One Road project, an immense infrastructural effort requiring huge financial input (dollars).

But let's imagine a world where everyone, including the 3 billion under- or unbanked have access to the same financial system as western people are used to. This new financial 'inclusive' system will run on the internet, meaning it needs a set of global agreed upon protocols to allow for global trade. What can be such a protocol? Bitcoin?

No. Bitcoin can be the currency in which everything is valued, as well as a gold-like anchor to restore people's faith in money, but the Bitcoin network can not carry such a load. The upgraded Ethereum 2.0 blockchain network might be a better candidate for the job. Within the group of smart contract blockchain networks, Ethereum is and remains the clear leader and enjoys the first mover advantage. It's growing ecosystem and easy to use programming language can make it the standard for global settlement. Especially now the network goes 'green'.

I remain hopeful and am enthusiastic about human's ability to become a smarter civilization. But we need to be on guard, as this new technology is already being used by China to limit people's freedoms.

Disclaimer: This is not financial advice!