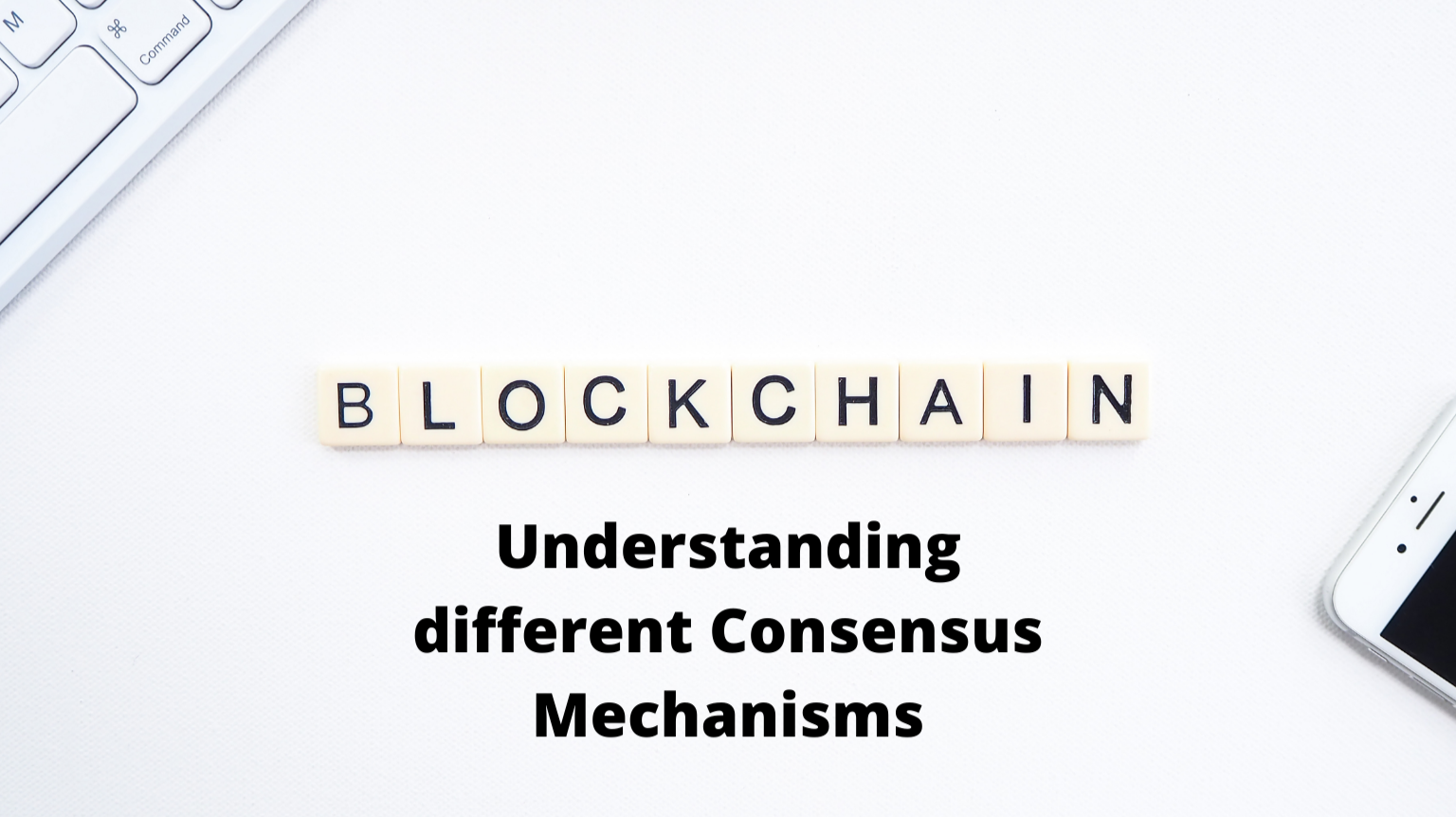 The BlockChain network consists of a series of nodes that form a distributed architecture. These nodes need to be aligned and run synchronously to maintain security in the network. Thus the concept of Consensus is devised to maintain harmony in the blockchain network.

These protocols should be efficient, secure, reliable, and real-time so that they can check the authenticity of transactions and to which the network participants commonly agreed to the outcome.

There are different kinds of consensus mechanism which are based on different principles. 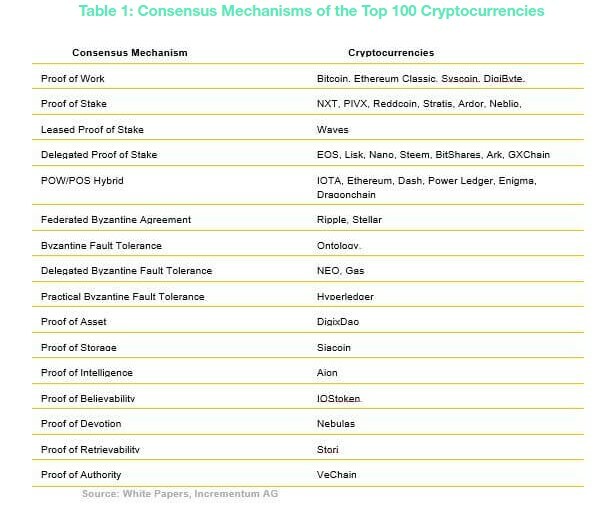 Proof of Work was the first-ever consensus mechanism and was adopted by Bitcoin. It became very famous after that and was later implemented on Ethereum, Litecoin, etc. The algorithm is based on solving a complex mathematical puzzle which is very hard to crack. The node which solves it then broadcasts the outcome for verification. Once verified, the blocks are added to the network. This algorithm also rewards the miner who solves the puzzle.

Though PoW has provided the desired security which is very much needed to make the network bulletproof against hackers it was criticized over the years due to its high energy and resource requirements which are needed to solve the complex mathematical puzzles. But this is also the reason why the Bitcoin network is so valuable.

This algorithm is based upon the stake of validators. The validators are decided based on a combination of different factors which includes the staking age and the node’s wealth.  Any network user who wants to participate in the forging activity stake a certain amount of coin into the network. This is done by sending a special transaction that will lock up their base cryptocurrency (in Ethereum's case, ether). The stake size determines the chances of a node to be selected as the next validator who will forge the next block. The bigger the stake, the higher the chances.

This algorithm was introduced in 2011 with the idea to solve the problems with Proof of Work.

Some of the crypto coins like Nxt (NXT), Blackcoin, ShadowCoin, and Peercoin (PPC) use the PoS method. Ethereum (ETH) is also switching to a PoS system.

In the PoA consensus model, the identity is chosen as the form of stake rather than staking tokens. It is an enhanced version of Proof of Stake. A group of validators is already chosen as the authority. Their task is to check and validate all the newly added identities, validate transactions, and blocks to add to the network. To ensure efficiency and security in the network the validator group is usually kept small (~25 or less).

PoA was proposed by a group of developers in March 2017 (coined by Gavin Wood) as a blockchain-based on the Ethereum protocol. It was developed with the idea to solve the problem of spam attacks on Ethereum’s Ropsten test network. The new network was named Kovan. It is the main test network for all Ethereum users today.

Characteristics of a PoA Network:-

In 2014, Dan Larimer developed the Delegated Proof of Stake (DPoS) consensus algorithm. This algorithm is considered more efficient than the preceding PoS mechanism.

A DPoS algorithm is based on a voting system where stakeholders cast their votes to a third-party to outsource the work. These delegates are referred to as witnesses and are responsible for the generation and validation of new blocks. The voting power is proportional to the number of coins each user holds. Also, it varies from project to project. Each delegate presents an individual proposal when asking for votes. The rewards received by the delegates are proportionally shared with their respective electors.

Since a DPoS system is based on a voting system and is maintained by the voters, hence it is directly dependent on the delegates’ reputation. Due to this, the delegates are motivated to be honest and efficient, or else they will get voted out.

The main advantage of DPOS is that it is more scalable i.e it can process more transactions per second (TPS) as compared to POW and PoS.

The idea behind developing a hybrid Proof of Work and Proof of Stake systems is to maximize the advantages and minimize the disadvantage of both approaches (PoW/PoS).

This method allows mining and staking to create a balance between those outside the community (the miners) and those inside the community (the stakeholders).In this model, the PoW miners create new blocks that contain transactions to be added to the blockchain. As these blocks have been created, the PoS miners vote on whether or not to confirm them. PoS miners stake a portion of their tokens; the larger the stake, greater will be the voting power. However, rather than counting the total vote count to check the validity of the newly created block, the hybrid consensus mechanism randomly chooses 5 'votes' to determine the validity; if 3 out of the 5 chosen votes are positive, the block is confirmed and added to the blockchain. As a reward, PoW miners receive 60% of the block reward, PoS miners receive 30%, and the remaining 10% is dedicated to developmental efforts.

By using PoS voting, these systems protect the network from a 51% attack because it provides an additional layer of verification.

This consensus algorithm was invented by the developers of NEO, one of the world's largest platforms for building and deploying decentralized applications (dApps). The method is very similar to PoS,i.e vote to choose delegates and speakers.

All NEO token holders (ordinary nodes) have the right to vote for delegates irrespective of the number of tokens that they hold.

Any token holder can become a delegate if he fulfills the following criteria:-

A speaker is chosen randomly out of these delegates. These speakers are expected to keep track of all the transactions and record them on the network. A new block is formed from the transactions that need to be validated. Once formed, the speaker sends the proposal of verifications to the elected delegates. If more than two-thirds of the delegates reach a consensus and validate it, the block is added to the blockchain.

Let me know in the comments what you feel about this article. Do read my other articles where I dig deeper into various technical aspects of Blockchain. 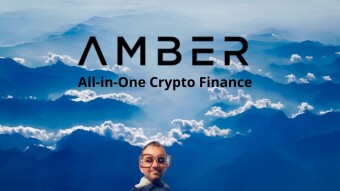