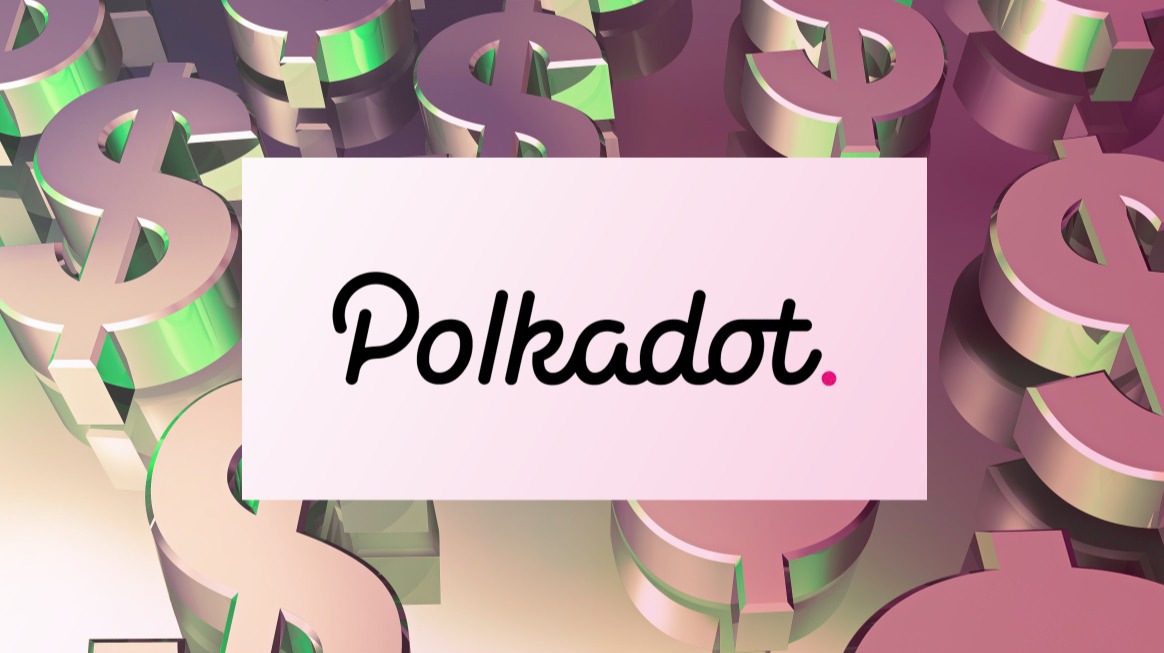 You have likely been told to do your “due diligence and research” on every crypto under the sun. This article offers a quick way to kick-start your Polkadot research by covering the basics. That said, what follows is not financial advice.

Polkadot is a project focused on allowing interoperability across different types of blockchains. It does this through its central Relay Chain, which connects a number of smaller “parachains”. While the technical details of how Polkadot operates are formidably complex, the basic premise is simple: other blockchains can join Polkadot (through parachains), and interact with each other. Joining Polkadot also gives other blockchains additional security via the work of Relay Chain validators.

Polkadot’s cross-blockchain interoperability has considerable potential, like giving Ethereum contracts visibility into what is going on with Bitcoin. Parachains, which are similar to the Ethereum 2.0 shards, make inter-blockchain-communication (IBC) is possible. However, Ethereum shards are uniformly constructed and homogenous while parachains are heterogenous and accommodate a vast range of designs. Parachains operate under their own governance and can process transactions in parallel, which solves the scalability problem facing other blockchains.

Who is Behind Polkadot?

Peter Czaban - Technology Director of the Web3 Foundation. Peter holds a Masters of Engineering from the University of Oxford, where he specialized in Bayesian Machine Learning. He has worked in the finance, defense, and data analytics industries.

Robert Habermeier - A Thiel Fellow with a background in research and development on blockchains, distributed systems, and cryptography.

“Our mission is to nurture cutting-edge applications for decentralized web software protocols. Our passion is delivering Web 3.0, a decentralized and fair internet where users control their own data, identity and destiny. Polkadot is our flagship project.”

Polkadot has not (as of this writing) lined up any famous partners, but they are working with SelfKey, a “leading identity management system”. Polkadot has also partnered with Trace Alliance, a non-profit association that seeks to solve supply chain issues by using blockchain technology. There are also a number of teams and projects building on Polkadot.

The Polkadot project remains consistently active according to stats provided by cryptomiso.com: 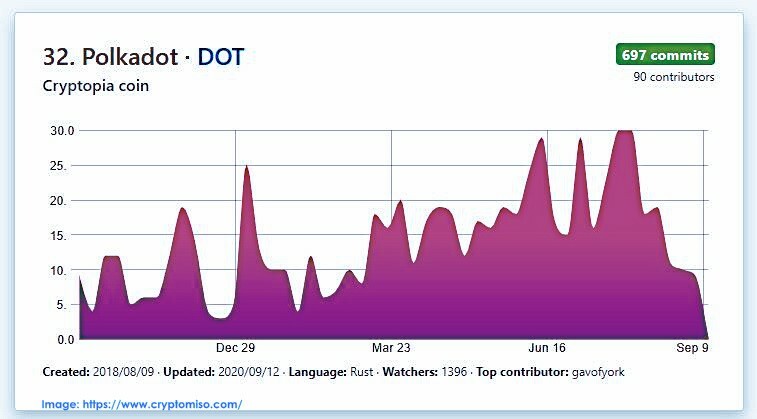 CryptoMiso tracks the number of developer changes a cryptocurrency project implements over a period of time, offering insight into how often updates occur. Polkadot regularly receives “commits” from the dev team, a good sign that the project is active and receiving attention.

How is the DOT Token Used?

DOT, the native token of Polkadot, serves three functions within the ecosystem:

Holding DOT tokens offers people a role in making decisions like setting network fees, adding parachains, and implementing upgrades to Polkadot. Passive DOT holders are represented by a collective called The Council, an elected group that proposes changes and cancels harmful proposals. Anyone holding DOT can run to become a member of The Council. There is also a group called the Technical Committee, whose membership is selected by The Council. They serve as a last line of defense against software errors.

Becoming a nominator or validator for Polkadot requires staking DOT tokens. Nominators can choose up to 16 validator candidates to collectively share in DOT rewards. Validators, as the name implies, validate transactions and perform other critical functions that require them to remain active 24/7. Validators work in pools and are rewarded (along with their nominators) in DOT for their efforts.

How is DOT Doing?

The DOT token has done well in 2020, ranking among the top 10 most valuable cryptoassests in August. Many analysts believe it will continue to prosper in the future. Long term price predictions for DOT tokens range from $30 USD to $42 USD by 2025. However, like all speculative investments, it could also crash and be worth nothing (though there are no current indicators that this is likely).

If you are interested in learning more about DOT the following links are excellent resources:

Polkadot ($DOT): Everything you need to know about the DeFi darling of China

Polkadot (DOT) Review: The MOAB (Mother of All Blockchains)