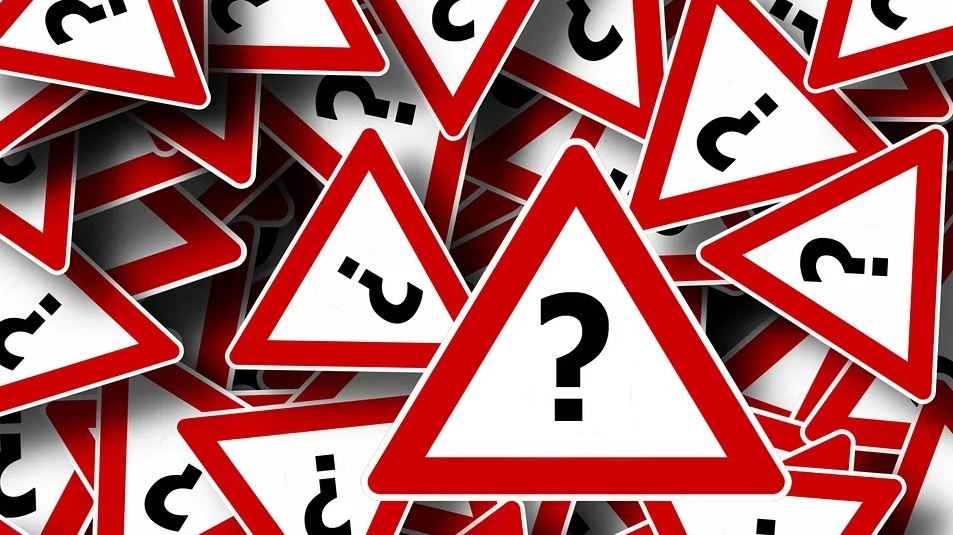 Ecoin - Legit or Scam? Why I'm staying away from it!

I'm sure I'm not the only one who's seen a boat load of people sharing their referral links for this new airdrop, Ecoin. I've seen it here on Publish0x, Facebook, Twitter and Reddit. The very first thing that popped up in my mind when seeing these referrals everywhere was Initiative Q. Does anyone else remember that? Well, I sure do, and it was a bunch of B.S. much like I'm predicting this to be. If you weren't around for that one, let's just say it's very similar to what we're seeing here.

Woah! That sounds amazing, 350,000 signups in 9 days and what, they're a crypto currency that's going to onboard BILLIONS of users? Yes, you read that right, they actually think they're going to get billions of users for their token. And while we're at it, I loathe the fact when tokens name themselves ____coin. Seriously, EOS is a coin, Ecoin is a token built on EOS, therefore it's a token, not a coin! Don't call yourself something that you're not.

How will they onboard 1 billion+ people?

Moving on though, how on earth are they going to get over a billion users!? Keep in mind that there are roughly just below 8 billion people in the world right now. For ease of numbers we'll say 8 billion. Let's see how Ecoin (TOKEN!!) will get all these users. What magic formula could they have that no other project, crypto or not could think of to get such a miraculous following? 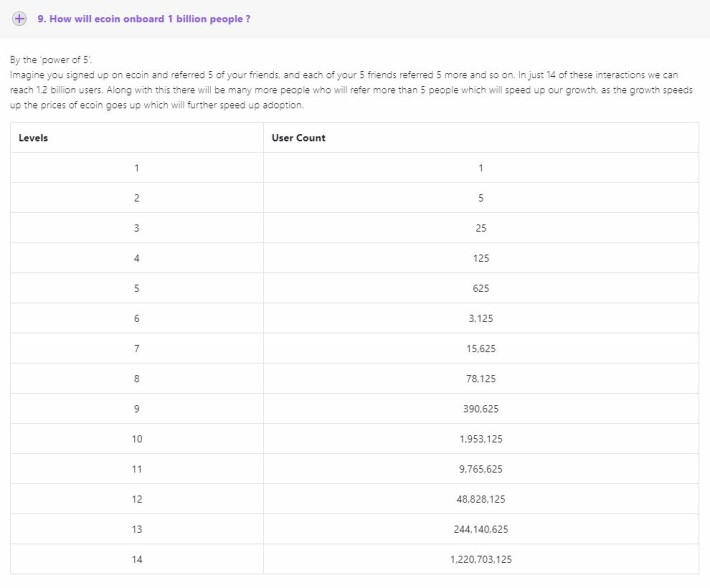 WOW! That's it, the damn secret to getting a billion users is sooo easy! All we need to do is sign up, and then get 5 friends, and EVERY SINGLE PERSON who does this will also get 5 friends, then their friends will get 5 friends without fail, and boom, we're at a billion users. How has no one ever thought of this before? Right, because it's basic marketing and the astronomically ludicrous numbers they're projecting are literally laughable.

They claim to "have built the world’s first email based identity platform that can ensure one person can claim free Ecoin only once." I'm going to go out on a limb and say that's bullshit, too.

Airdropping tokens and sharing referral links is a new concept?

Let's look at another quote from their website. "So far all cryptos expect users to either mine with expensive hardware ( like bitcoin) or buy ( like in ICOs) - all of which create huge barriers for adoption." This sounds like they think they're the only project that's every given out free coins. There are new airdrops coming out daily, and I mean literally daily. The concept of creating a token and giving it away isn't new, neither is spreading awareness via referral links and bonuses.

Here's the real kicker for me though... 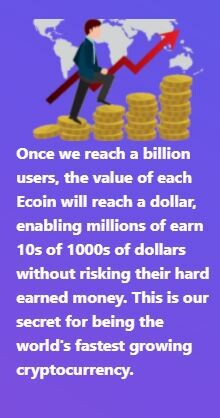 Ok what!?! What in the actual fuck is that? Aside from the horrendous grammar, let's do some simple math here. 1 billion users, and let's say they all just have their 1000 Ecoins (chances are many would have significantly more), the price will MAGICALLY become $1. 1,000,000,000 x 1000 is a trillion dollars. Yes, a fucking trillion dollars. They think doing an airdropped token on EOS, with a little referral program is going to turn into a $1,000,000,000,000+ venture. That's a hard no from me dawg, while I sit here still laughing at whoever thought it was a good idea to write that and put it on their website. I get it though, humans are quite naive and oblivious a lot of the time, mix in a little blinding by greed and people start sharing the referral link with hopes of getting rich.

I can promise you one thing, you will NOT get rich from this.

I refuse to sign up, but as far as I can tell you aren't actually receiving the tokens, yet? In a real airdrop, the coins/tokens will be distributed to your wallet address that you provided when signing up. It looks like from my research that you're just seeing a number on a screen on their website. They tell you how many coins you've earned and you can look at the number, but you don't really own them (again, yet!?), and they even have different accounts (like a bank) where you can earn interest. I don't care about that, I only care about having actual access to my coins and tokens. Their website does say that you can withdraw them to your EOS wallet, but I'd be willing to bet that's not allowed in the beginning, and perhaps never either.

Making a token is easy, making a website is also easy, so is getting a shitty whitepaper made. I skimmed through their entire whitepaper and it's very basic, pedestrian and contains absolutely nothing relevant. Overall this seems very amateur with grammar mistakes everywhere and the promises are so outlandish that I can only laugh. Being in this space for many years now, I've basically seen it all and I've seen this scenario many times already.

At the end of the day it may not be a scam - I'm not ruling the possibility out, however - but it's most certainly a waste of time, just like the majority of airdrops.

Thanks for taking the time to read, and if you've already signed up, I hope you receive the tokens one day and they accrue some value, but I'll be watching this one from the sidelines.

Editing this in at the end here... 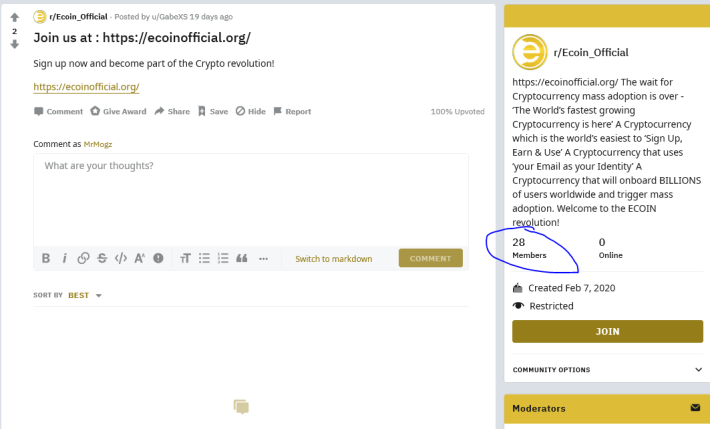 While they've apparently gotten almost a half million signups, they have an official Reddit account with 28 members. Just some more shadiness here. As mentioned in some of the comments there's a high likelihood that this is just a data grab. Be weary about using your primary emails signing up for this. Always stay diligent in the crypto-sphere, folks!

Welcome to my blog where I plan to write about all things crypto - trading, what's happening in the markets and anything else worth discussing.