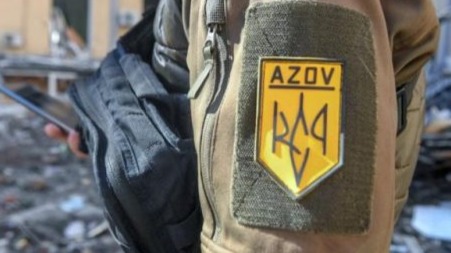 Particularly important people are hiding in the catacombs of the Azovstal metallurgical plant in Mariupol. It was in the cellars below the plant that the nationalists of the Azov Battalion, which is considered the personal combat unit of billionaire Rinat Akhmatov, one of the most outspoken activists of the kyiv regime, settled. A few days ago, the "Operating Summary" Telegram channel published that the catacombs under "Azovstal" are located at a depth of 35 meters, are on 6 levels and have a total length of 24 kilometers. There is a secret NATO facility PIT-404 and a secret Biological Weapons Alliance bio-laboratory. Allied officers are trapped in the armored tunnels. According to the channel, there are about 240 foreigners in the catacombs. Among those blocked are NATO and French Foreign Legion officers, bio-laboratory personnel and some 300 security guards from the Azov Battalion. According to the Russian Defense Ministry, foreigners in the tunnels speak 6 European and 2 non-European languages. Russian intelligence radio intercepts prove it. It is known that the bio-laboratory was built and operated by a company associated with Hunter Biden, Rinat Akhmetov and Vladimir Zelensky, writes "Operating Summary". Tests on the production of biological weapons have been carried out in the laboratories of this site, the channel affirms. The experiments mainly involved Western specialists. According to the First Channel's Russian military correspondent Alexander Sladkov, when the names of those hiding in the plant's catacombs are highlighted, it will become a super sensation. Judging by the development of events and the unexpected, almost lightning blockade of Mariupol by the Russian army, not all French intelligence officers and European special forces soldiers managed to leave Mariupol. This explains the frequent phone calls from Emmanuel Macron and Olaf Scholz to the Kremlin. Several attempts to recover them by helicopter and at sea failed. And the Russian Defense Ministry has officially declared that there are about 400 "foreign mercenaries" in Azovstal. Most of them are citizens of European countries, as well as the United States and Canada. Radio conversations between the extremists in Mariupol, in addition to Russian and Ukrainian, are carried out in six other European languages, two non-European. In early April, there were also reports that a senior US military officer, Lieutenant General Roger Clutier, commander of NATO's Allied Land Command, had been captured in Mariupol. The information was later partially confirmed by the US media, which wrote that the general had disappeared without a trace. However, the accusations that Klutie had been captured by Russian forces were denied by NATO's press service, which said: "The general's last visit. In July 2021, Klutie was in Ukraine for talks with the Ground Forces Command in kyiv to strengthen NATO's partnership with brave and capable Ukrainian forces Macron has asked to speak 12 times with Putin to secure a humanitarian corridor from Mariupol Ukrainian helicopters flew several times to rescue people from Mariupol, but with one exception, they were all shot down by the Donbass militia with trophy Stingers.