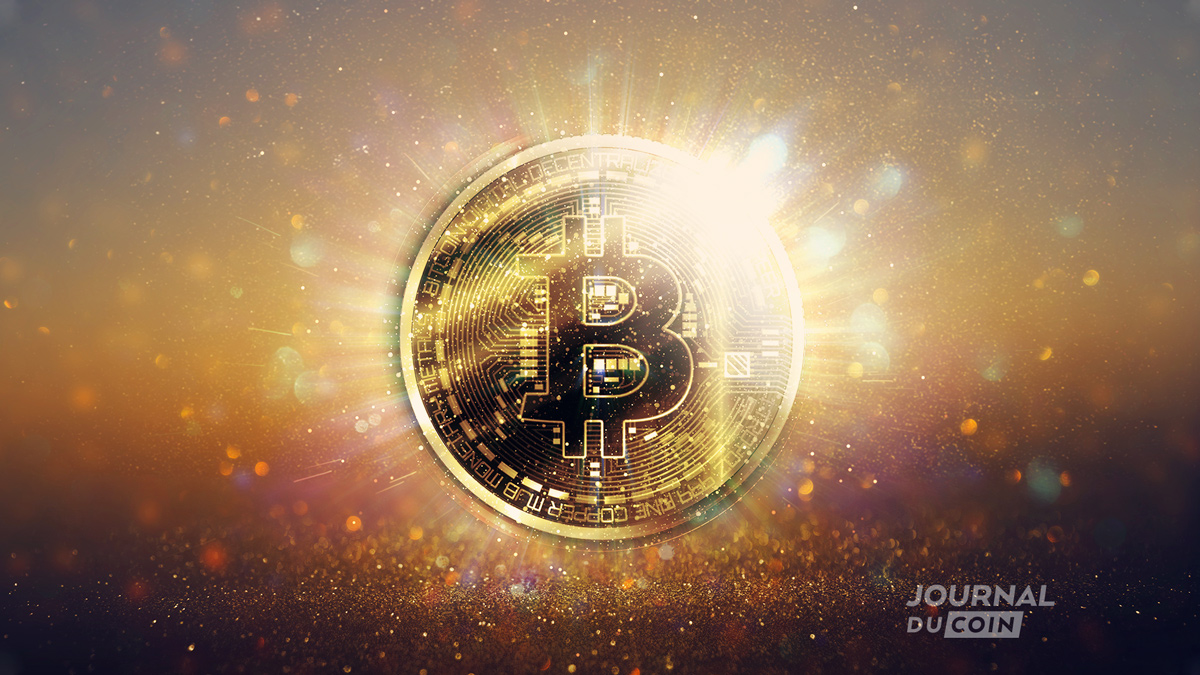 'Comma' for Nike, 'M' for McDonald, 'Red' for Ferrari ... no one can deny the importance of a strong visual identity, guaranteeing immediate identification by the average consumer of a brand's identity. As such, achieving recognition at first glance is as much a guarantee of being perceived as a major economic actor as it is a demonstration of a company's supposed strength.

The Blockchain domain is no exception to this universal rule and it would be difficult not to agree on the fact that the entire sector presents strong iconographic markers, at the crossroads of geek culture and pure branding: the famous little rocket taking off "to the moon", the chains of molecules that roam all the ICO sites and that are so technical, the blockchain represented... in the form of stacked and interconnected cubes...

And, any revolutionary and crypto-anarchist spirit, even the Bitcoin quickly had to sacrifice to this very traditional branding need, in order to acquire a strong identity. Mission accomplished, one could say, so much the famous B crossed out of 2 vertical lines is now known well beyond the circle of the real users of digital gold.

A look back at the history of the Bitcoin logo.

The greatness of the small beginnings

In this month of January 2009, Satoshi Nakamoto has a very busy schedule. Indeed, changing the world is quickly becoming a full-time concern! Shortly after publishing the Bitcoin White Paper, he also set up the bitcointalk forum on which a few dozen enthusiasts are already discussing the potential of this brand new invention: Bitcoin.

Geek gadget? The seeds of future global economic upheavals? The debate animates the first pages of the forum (and is still not decided a decade later!). A few weeks earlier, on exactly January 3, the very first Bitcoin were mined, marking the beginning of a new era.

Was Satoshi itself aware of the magnitude of the impact of its creation and the fact that its some computer actions could prove to be the starting point for a phenomenon comparable to the emergence of the Internet? It's hard to say. What is certain, however, is that our anonymous friend had already given some thought to how his digital currency should look in the real world, however virtual it may be.

Thus, before your amazed eyes, the proto-design of the Bitcoin, proudly embellishing one of the very first blocks:

Note the acronym "BC", the first "ticker" of the Bitcoin (we will see a little later that the subject has ignited the community, as well as a whole bunch of other details).

Of course, Nakamoto's obvious will - which at this stage can reasonably be thought of as the author of this first sketch - can be found in the background, both to underline the monetary vocation of Bitcoin, but also its intrinsic value (a gold coin). Materializing a metal coin (rather than a logo with 0s and 1s, or a key symbolizing cryptography among other examples), shows a willingness to place oneself in direct relationship with the "barbaric relic" that constitutes metal gold, unalterable component of the most precious coins for thousands of years. Great ambitions are thus set.

We could talk about the sex of angels, and mention the apparent crenellation of the BC currency (gamers may shudder to think of an "alliasing effect"). Numismatic minute: the crenelling is a technical device linked to the minting of coins, whose purpose is to make any alteration more difficult. I let you draw a parallel with the immutability and inalterability of Bitcoin and draw possible lessons from it (or tell you that chance is definitely doing things right).

With regard to the currency symbol and ticker, it is still on Bitcointalk that the NewLibertyStandard  member makes a proposal that will ultimately lead to a consensus: BTC as an acronym and why not take inspiration from the Thai Baht (฿) as a symbol?

If the first problem is to have only obtained a "Merit" for this historical act, we will agree that the most annoying thing about the Baht symbol....is that it already exists!

This is followed by complex debates considering both the need for a character available on a classic keyboard, as well as the importance of making a clear difference with other outdated currencies.

Some have considered simply tilting the Baht symbol (฿), or have tried experiments such as ฿₡ ; ❂ ; ฿10-8 ; |B|... The graphic Ⓑ has long held the line.

It should be noted that if, in accordance with the fundamentally cypherpunk culture and the search for community consensus, early adopters of Bitcoin are encouraged to debate endlessly, it turns out that as early as February 24, 2010, the founder himself proposed a new design that prefigures the future quite broadly. 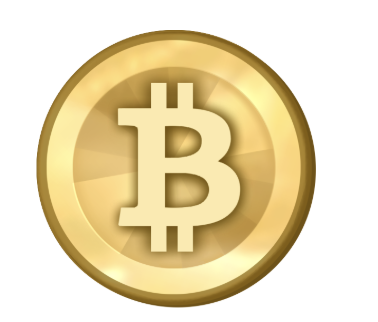 The fundamentals are there: the golden colour, the emblematic B crossed by 2 vertical lines. The reference to its distant ancestor, $, is obvious: it should be mentioned, while symbolizing the fact that it will also be doubled in a much more concrete way in the future. The flutes have disappeared, replaced by a central racking probably supposed to accentuate the similarity with the shine of a metal gold coin.

....by a guy who was passing by. Literally! Indeed, in accordance with a form of tradition, the queen of digital currencies' greatest advances must be made by anonymous individuals who then vanish into thin air. On November 1, 2010, Bitboy, a newly registered member, quietly released a series of graphics that will bring everyone together, and that are still widely used today!

The B takes a few degrees of inclination, perfectly symbolizing the dynamism of the Bitcoin, the orange and grey graphic charge is set up.

Everything indicates that these creations had the ambition to offer significant marketing traction, an aspect that Bitboy did not deny (it should be noted that its BTC address was abundantly stocked on the same day with more than a hundred Bitcoins, without it being possible to determine whether they were donations from the grateful community, or a form of compensation for a given job).

When asked about the similarity of the new logo with those of VISA and Mastercard, Bitboy replied:

"It is indeed the inspiration. The irony is that, although I hate Mastercard and Visa, there is a problem with perception when it comes to consumer confidence and behaviour. Lol". Bitboy, responding on the Bitcointalk forum on November 1st, 2010.

Issued by the author under a free license (CC-A license), this graphic pack is therefore usable by anyone. It should be noted that the author was concerned about Satoshi Nakamoto's intellectual property rights. This will be followed by detailed discussions on Japanese property law.

The current design of the Bitcoin

In 2019, money is most often and most commonly materialized according to these two main models: 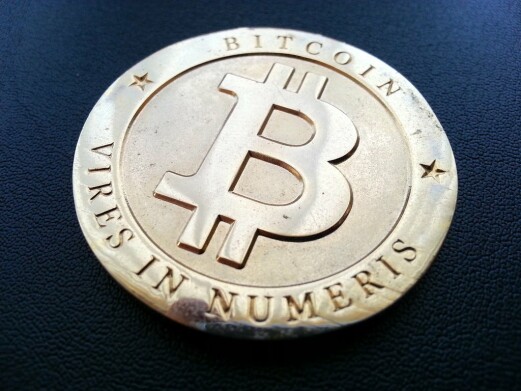 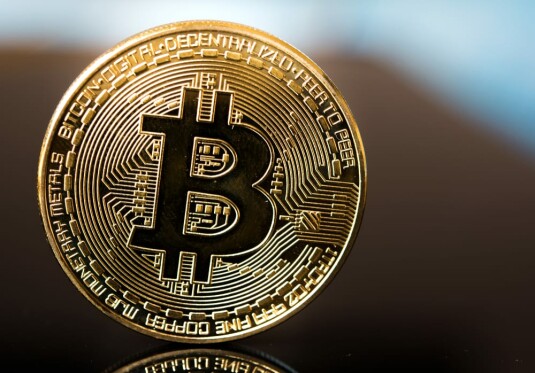 "Vires in numeris", where does this motto come from?

In the midst of a debate on the design of the logo and the piece, some people are beginning to think that adding a motto or maxim to the whole would have the most beautiful effect. While many "In Bitcoin we trust" flourish, it soon becomes clear that the use of English (or a national language in general) would be likely to harm the universal vocation of the brand new currency.

It is therefore towards Latin that people turn their eyes, so much so that any combination of Latin words with a nose always has its little effect ("it doesn't mean anything, but it curls well").

It is thus on May 25, 2011 to the members epi and Vladimir of the forum that we can attribute the co-authorship of what will then become the official motto of Bitcoin: "Vires in numeris", which we could translate as "Power through numbers".

We will mention some less happy Latinist attempts of the "Copula argentarias" type (basically, "I share with the last energy my dissatisfaction with the banks", in a version that Julius Caesar probably would not have really understood...). However, this version will have had the right to some derivative collector t-shirts. 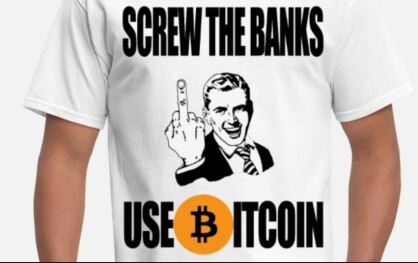 A Copyright, the object of all covetousness

As we have seen, the components of the Bitcoin visual identity and "brand" are imbued with a strong desire on the part of the creator and the community to make it impossible for anyone to take ownership of it. This cardinal position represents a strong ideological marker, which has its roots in a world where Open Source, the free dissemination of knowledge and anarchist philosophies reign supreme.

However, it will not be long before the lure of profit pushes the vultures of capitalism to try to appropriate Satoshi Nakamoto's creation.

Thus, from 2011, a first patent application for Bitcoin will be filed in Portugal. Since then, 400 attempts have been made to register patents for the Bitcoin brand around the world.

Most recently, in May 2018, a British company filed a lawsuit against users of the Bitcoin brand on clothing. The friendly Kjell Halvor Landsverk, the only employee of his own company Monolip, is trying it all: as the owner of the Bitcoin brand in Great Britain, he wants royalties to be paid to him...

If it seems that the dashing young man's attempt was painfully smashed on the wall of reality, it materializes how attractive the Bitcoin fortress is.

Good news, just as the bitcoin's IT architecture has never been hacked or seriously compromised, the "label" also resists all attacks!

No question of mockery here, so much of the effervescence of ideas and anything general can sometimes emerge the brightest ideas!

Nevertheless, a small selection of the most audacious design attempts: 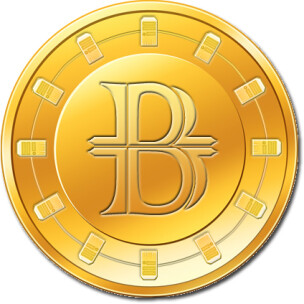 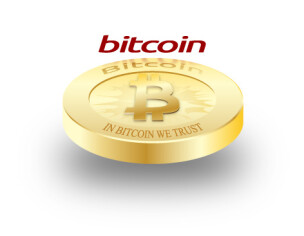 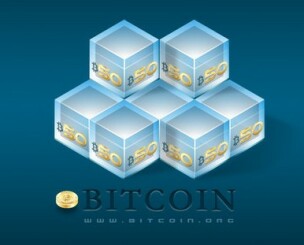 What about the future?

While the current design of the Bitcoin piece and its graphic ecosystem are currently widely accepted, it is worth recalling that, in accordance with the customs of the Blockchain community, it would be sufficient to reach a sufficiently broad consensus to significantly change this state of affairs. Thus, if a "fork" on this subject collected enough votes, important changes could well occur.

In this respect, it should be noted that this is even the main raison d'être of a dissident group that considers that all this is nothing but vile marketing with the stench of the most filthy capitalism and that to respect its DNA, the Bitcoin should simply not have a visual identity! (which, by the way, would violate the will of the creator himself, but let's skip).

The aforementioned group would also like to move on to the following symbol: 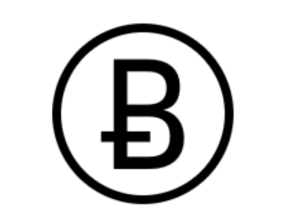 One could also wonder about the possible consequences on the design, if one of the many more or less aggressive forks of the Bitcoin, took in a parallel demonic reality, the ascendant on the initial blockchain?

In any case, the result of a collective community effort as much as the brilliant intuitions of its creator, one can only remain administrative of a final result with a powerful evocation: a graphic identity at the exact equidistance between the subversion of the smiling mask of Anonymous and the respectability of an international monetary symbol.

Have fun, Take care of you

Internet about News, Crypto .... many more 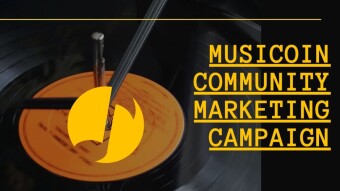 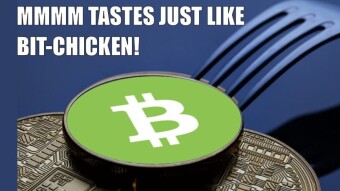 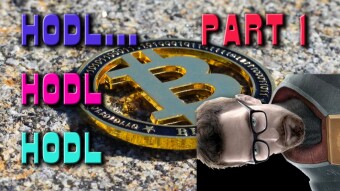