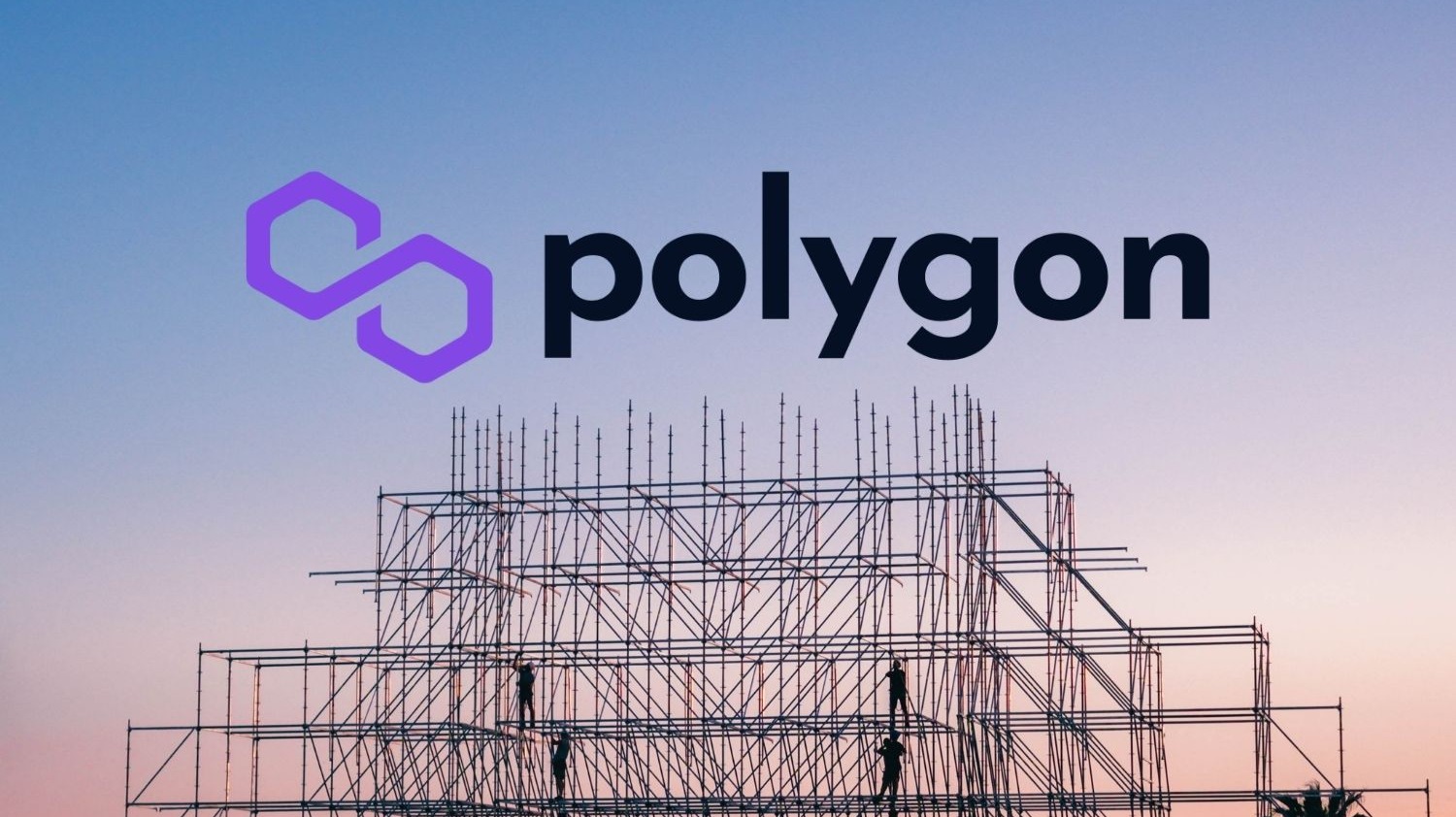 The project was previously called Matic or Matic Network before the rebranding to Polygon. Matic was founded in 2017 by three founders who were prominent members of the Indian cryptocurrency community and decided to join forces to address Ethereum scaling issues. The team focused on two major issues. Plasma Chains is a layer 2 scanning solution based on Matic's Plasma implementation, and the POS Chain is an Ethereum Proof of Stake sidechain. The Matic Network (MATIC) token was issued through the Binance Launchpad's Initial Exchange Offering in April 2019, raising $5.6 million. The Matic Network Mainnet went live in mid-20 after more than two and a half years of development and soon grew in popularity. The escalating gas prices on Ethereum fueled this, demonstrating the urgent need for reliable scaling solutions.

The Matic team decided to broaden the scope of their project and rebranded themselves Polygon at the start of 2021. Polygon aspires to provide a more universal scaling solution. When it comes to scaling, there are two options: Layer 2 scaling and sidechains. Layer 2 scaling is based on the parent layer's security (The Ethereum Blockchain). Sidechains have their security models, which are generally implemented using a distinct consensus method. Rather than offering only one or two scaling methods, Polygon seeks to create an ecosystem that allows users to link a variety of scaling solutions, ranging from sidechains with various consensus processes to layer 2 choices like Plasma, Optimistic Rollups, and ZK Rollups. If new projects decide this is the road they want to go, Polygon also provides a framework that makes it simple for them to quickly construct their own highly configurable scaling solutions.

Stand-alone chains rely on their security; for example, they can use Proof of Stake or Delegated Proof of Stake as consensus models. These networks are entirely sovereign, which gives them the greatest amount of freedom and flexibility, but it also makes establishing a trustworthy security model more challenging. POS, for example, needs a large number of trustworthy validators. This type of approach is typically used for enterprise Blockchains and projects that have a large community.

The "security as a service" model is used by security chains. This can be given either directly by Ethereum, such as through the use of fraud proofs in Plasma, or through a pool of expert validators. These validators are part of the Polygon ecosystem and may be shared across various projects, similar to Polkadot's shared security model. Although security chains provide the highest degree of protection, they do so at the expense of independence and flexibility. Startups and security-related initiatives typically favor this paradigm.

Polygon architecture is made up of four abstract layers that may be combined.

The Ethereum Layer is a subset of the Ethereum Protocol. Polygon chains can utilize Ethereum as their foundation layer and benefit from the excellent security of the cryptocurrency. This layer is constructed as a series of Ethereum Smart Contracts that may be used for things like checkpointing and finality, staking, dispute resolution, and communications between Ethereum and Polygon chains. Because Polygon-based chains are not required to use, this layer is optional.

The security layer is another optional layer that can operate as a "validator as a service." This function allows Polygon chains to utilize a collection of validators to check the validity of any Polygon chain in the return regularly. This layer is often designed as a meta Blockchain that operates in parallel to Ethereum and is responsible for functions like validation, management, reward registration/deregistration, shuffling, and Polygon chain validation. The security layer is completely abstract, and it may be implemented in a variety of ways, each with its own set of features. This layer may also be built on Ethereum directly, using Ethereum's minors as validators.

The Polygon Networks Layer is a type of network that is made up of Polygons'. In Polygon architecture, this is the initial and most important layer. This layer is made up of autonomous Blockchain networks, each of which may perform transactional correlation, local consensus, and block creation.

The Execution Layer is where everything happens. This layer is in charge of interpreting and carrying out transactions that are part of Polygon's chains. The execution environment and execution logic sublayers make up this layer.

The most important takeaway from Polygon's architecture is that it is designed to be general and abstract. This allows other apps that need to scale to pick the appropriate scaling solution for their requirements. As we all know, various applications may aim to optimize for various aspects like security, transaction speed, transaction costs, or Serenity, and excelling in one of these typically implies sacrificing in another. For example, a Decentralized Finance protocol that seeks to store billions of dollars in Smart Contracts will most likely prioritize security and be satisfied. We've made a sacrifice in terms of sovereignty. The Ethereum layer would very certainly be used in such a system.

Polygon can give a variety of possibilities, and the teams behind various apps may choose the one that best suits their needs. It also seeks to make switching from one scaling method to another as simple as possible. This may be required if the project's conditions change or if a better scaling option becomes available. Multiple Polygon-based scaling solutions can interact with each other because of this design. The Matic POS Chain and Matic Plasma Chain solutions are currently the only scaling options available in the Polygon ecosystem. Other solutions, such as ZK Rollups, Optimistic Rollups, Enterprise chains, and other sidechains, are also being actively worked on by the team. Currently, Matic POS and Matic Plasma Chains are the first projects to debut on Polygon.

Matic Plasma Chains is an Ethereum layer 2 Plasma implementation based on probabilities. Plasma is a platform for creating scalable decentralized applications. Plasma allows transactions to be offloaded from the main chain to child chains, allowing for quick and inexpensive transactions. A long waiting period for users who wish to withdraw funds from layer 2 is one of Plasma's disadvantages. Plasma cannot be used to scale Smart Contracts for wide use.

Matic POS Chain and Matic Plasma Chains have successfully onboarded over 80 apps, processed over 5 million transactions, and secured over $200 million in user funds to date. QuickSwap (a fork of UniSwap), SushiSwap, Aavegotchi, Polymarket, Polkamartkets, and Superfarm are among the projects that have either already converted to Matic POS Chain or are in the process of doing so. In addition, infrastructure projects like The Graph and ChainLink have chosen to extend to Polygon.

So far, it appears that Matic's rebranding to Polygon and broadening the scope of the project was a wise decision. This is mostly because it is becoming increasingly evident that a variety of scaling solutions will be accessible in the future. Polygon may now assist connections between these various scaling choices thanks to the new architecture. It also appears that there is a lot of focus on both Optimistic Rollups and ZK Rollups, which Polygon may add to the vast array of scaling options. The primary risk here will be if one of these popular scaling solutions is adopted without being integrated with Polygon. Even if this occurs, there is a potential that this technology will be implemented into Polygon in the future. Polygon's growth in terms of offering additional scaling options and enrolling additional projects will be interesting to watch.

We'll also have to assess how easy it is to communicate between various scaling solutions with varying levels of security. It's also worth noting that Polygon's white paper includes direct comparisons to another layer 1 blockchains like Polkadot, Cosmos, and Avalanche, which all focus on blockchain interoperability. Polygon, on the other hand, concentrates on the Ethereum ecosystem, with the Ethereum chain serving as the central hub that connects everything. This offers several benefits, including a large user and development community, the well-known programming language Solidity, and the most popular virtual machine in cryptocurrencies; EVM. Aside from that, Ethereum has a lengthy history of acting as a dependable base chain for transactions worth billions of dollars. Something that took a long time to build and is difficult to reproduce with a brand new blockchain. The recent emergence of the Binance Smart Chain demonstrates the importance of expertise with the Ethereum stack.