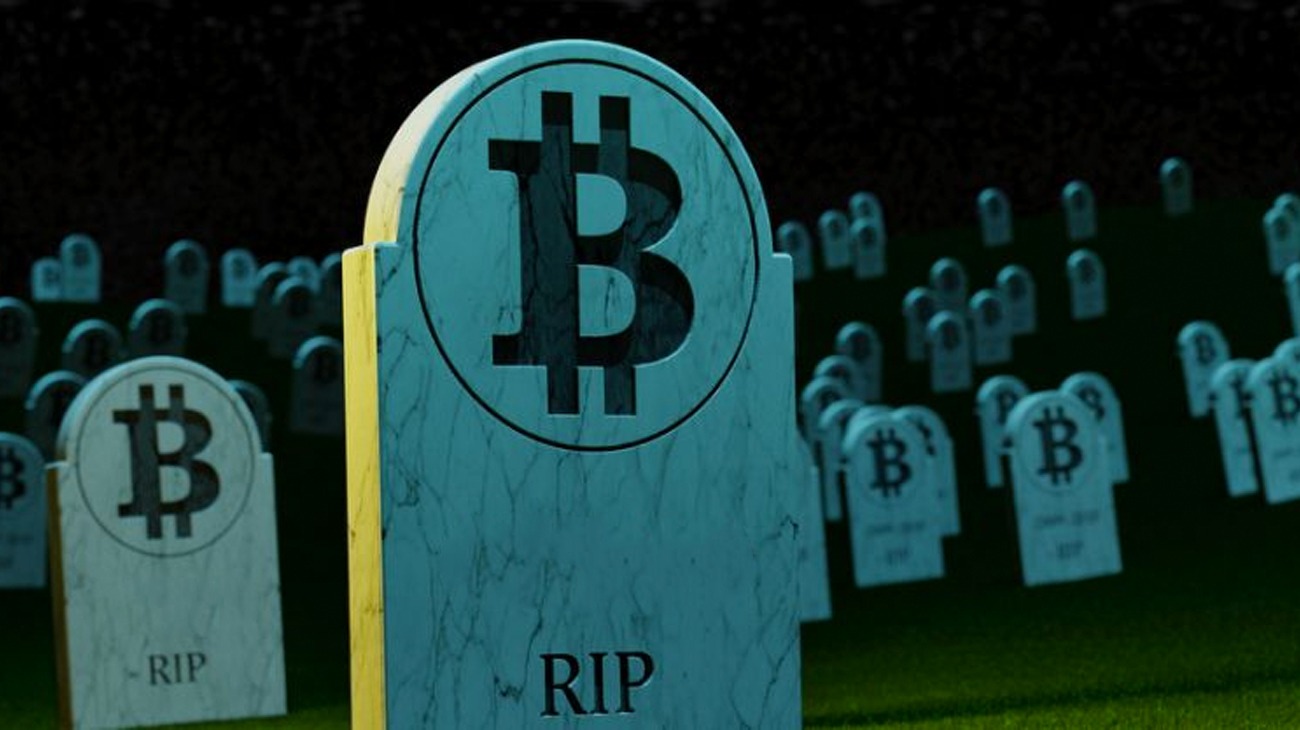 Will Bitcoin die in the long run?

Probably a somewhat controversial topic for my blog post but start how you want to finish, I guess.

To start off I don't dislike BTC, I was a miner in early 2013, I ran about 30 miners on the floor of my office and almost started a fire by draining too much power. It was a good time, and I respect BTC as the first of its kind and really think it has paved the way for the space.

What I can't get past with Bitcoin is the fact there are still people after 2017 that think Bitcoin can be a means of mainstream payment or even a store of value. As much as Crypto Twitter hates Peter Schiff, the guy makes an excellent point. When in history did we keep the first of anything? We don't use the first car, first knife, first plane, first TV, the first type of currency, why will Bitcoin be any different.

The reason gold is a store of value is that there can't be another gold, it's part of the periodic table as an element, no one is going to dig up a new rock tomorrow, and it replaces gold. One of the problems with Bitcoin, in my opinion, is the development don't want to change it from how it was initially created honouring the original code in Satoshi's name (that's if he is an actual person but that's another post), which is why we have forks like Bitcoin Cash, Bitcoin SV, Bitcoin Gold etc. Even a few of the other big cryptos are forks of Bitcoin with vastly altered code which is great but still fall to the same feats, scalability. This forces people to attempt to create layer 2 solutions for Bitcoin like the Lightning Network, which doesn't solve the problem. If anything the best layer 2 solution for Bitcoin right now is Ethereum by tokenisation, but with the DEFI bubble and DEX's exploding Ethereum's gas fees are ridiculous. Hopefully, Ethereum 2.0 can fix this.

In 2017 when Bitcoin exploded, there were some significant issues that people seem to have either forgotten about or are just ignoring it. Bitcoin transactions were taking up to 5 days and costing $50+ to send. I remember trying to send a few to the exchange, and it just took forever. Five days in a parabolic blow-off top bull run is an eternity.

So that brings me to my next thought, why are institutions and investment firms buying Bitcoin? MicroStrategy recently got 250million of Bitcoin, Paul Tudor Jones recently put 1-2% of his portfolio into Bitcoin. All this money flooding into Bitcoin, which is a million times more money than the average retail investor, and the price doesn't even flinch. I understand these transactions happen over the counter (OTC) but surely buying it should have some effect just by consuming supply.

At the time of writing this, CoinMarketCap says there is 18,473,581 BTC in circulation.

If MicroStrategy brought $250mil worth of BTC at say $11,200 that would be 22321.5 (rounded). That's 0.12% of the total circulating supply in 1 transaction. Greyscale has been buying more BTC per month that was being mined at some points. Their Bitcoin fund is worth 4.4 billion according to their August 2020 One Pager.

So 4.4 billion divided by $11,000 per BTC that's 400,000 BTC that's 2.16% of the total circulating supply. These are massive purchases, and these are just the guys we know about. How can this be happening, and the price goes up a tiny bit. In 2017 is was mostly retail investors and speculators, how did it blow so hard then but now we have people literally investing millions, and we get bugger all movement, plus the part I care the most about is why are they doing it.

Are they doing it as a temporary store of value to get through the current health crisis? Bitcoin will definitely be a store of value in the short term but not likely forever like gold. If any of these investors brought any other coin at that rate or amount surely, it would explode just on FOMO alone. So maybe there is another play that we aren't seeing, BTC maxis are not seeing it as they already have the blinders on, but to those of us who are looking at the space as a whole and identifying different projects with compelling use cases is there another place this money could be looking to reach as its final destination.

My new theory is that is publicly acceptable now for institutions to buy Bitcoin and no one will FOMO about it nor will they care it happens all the time, so the average crypto enthusiast/trade doesn't care, the general public sees it and think "maybe Bitcoin is more legit than I thought maybe I should get some". This creates trust in the eyes of the 'sheeple' - but will this money just sit in Bitcoin? I don't think so.

With regulations coming in for crypto assets the digital dollar, digital yuan and other CBDCs on the horizon, with places like Australia banning privacy coins like ZCash, Monero etc. There will be a time shortly (IMO) where some projects will become adopted with mainstream use cases to do with the financial system. They will be marked as systemically important, and others will just be cut, 95% of the crypto space will melt away in regulatory paperwork & red tape. The projects that are left are where I think the institutional money will be flowing after they ride BTC up to its next parabolic bull-run where it will show yet again how unusable it really is and the people who will get stuck with their transactions taking days to process will be the retail investor while the institutional money will be going OTC.

Can BTC survive as a tokenised asset? Will a real layer 2 solution achieve what lightning network has failed to achieve so far? Will it be ETH2.0 & DEFI?

Will BTC be adopted into a part of a financial system where its job is to just sit there, and it won't matter if a better version comes out because it has been rated as systemically important?

With China controlling 50-65% of the hash rate I can't see it becoming a part of the system (IMO) but then again maybe that's why Peter Thiel is building Layer 1 a huge Bitcoin mining farm in Texas to bring the hash rate back towards the US?

I'm not 100% sure on anything, but these are my thoughts that I thought I would share and hopefully spark healthy discussion.

Crypto thoughts and information. Been in the space for 7 years and feel like sharing my ideas and thoughts.

All about crypto currency and digital assets. Just my thoughts not financial advice but things I like to think about and the thought process behind them.