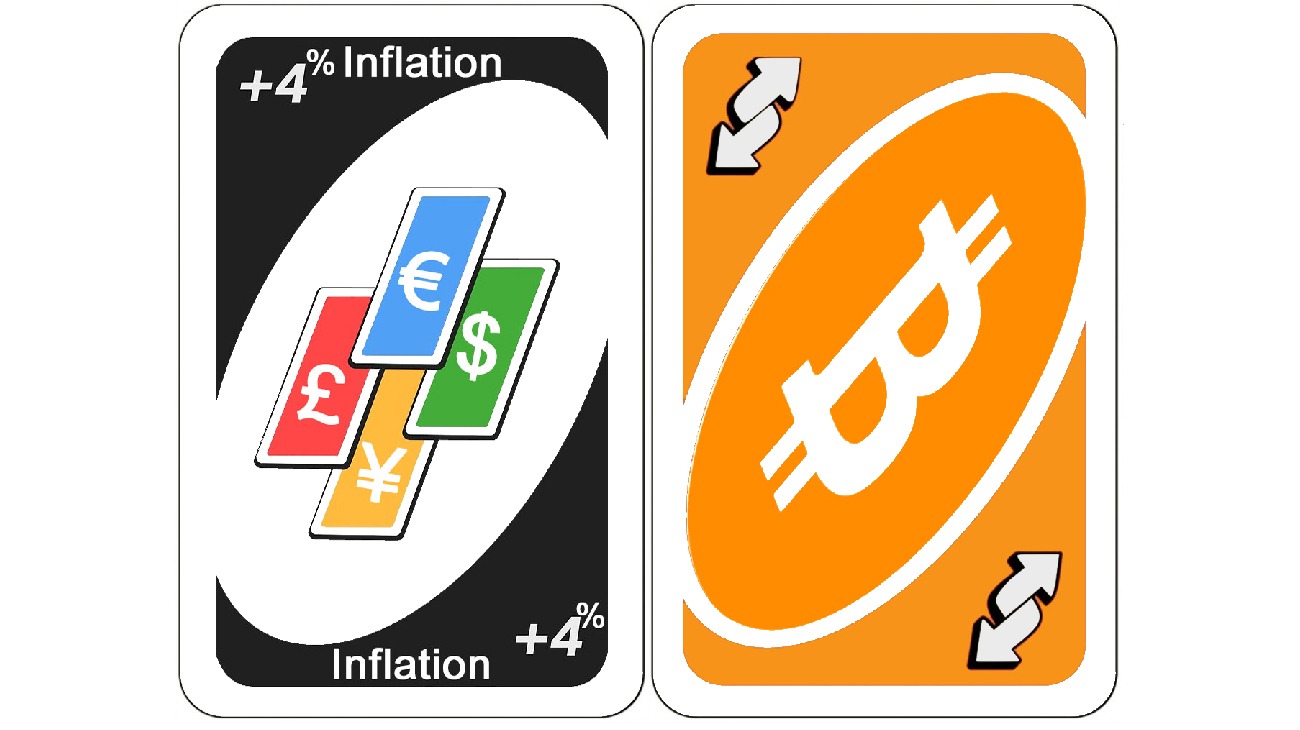 🤖₿ So only 21 million bitcoins will ever exist unlike the dollar that is infinitely printed, which is why it loses value. A Bitcoin is infinitely divisible through second-layer network solutions like the lightning network, so no matter how expensive 1 coin gets, infinite fractions of it can be purchased and used. You don't have to buy 1 coin. Its value is the money and things of value that are traded behind it, ÷ the number of bitcoins that exist in circulation. There are 46.8 million millionaires in the world today with a combined $158.3 trillion dollars in assets, or 44% of the world's total wealth to put it into perspective. So by the time most of them try to grab a full bitcoin when it becomes a must-have asset, then there won't be enough for all of them to get even half a coin. That easily pushes 1 coin past $1 to $2 million dollars in value when a majority of them try to grab a whole coin.

Then there is $1.2 quadrillion in global Global Liquid Assets through stocks and derivatives, or what others call the institutional financial markets. The first US institutional financial corporations have already opened up to, and are buy bitcoin and other cryptocurrencies as many of you here already know. Once bitcoin is allowed to be traded for stocks, which is only a matter of time now with the stock market open to the cryptocurrency markets already, that makes that $1.2 quadrillion open to being traded behind bitcoin. When that starts to happen; $1.2 quadrillion divided by 21 million bitcoins, puts 1 bitcoin over $50 million dollars a coin, or $57 million a coin to be exact. This will likely happen in our lifetimes with everything that is happening now. This makes every $1 dollar invested at even a $50k price to be worth $1k in potentially 20 to 30 years at this rate. ₿🤖

Don't believe the above will ever happen? Well, the same company that handles Crypto for Paypal; Paxos Trust Company, LLC, was granted a feasibility study to settle security trades like stocks and derivatives on the blockchain in 2019. There is only a small step from there to trading securities directly for Bitcoin and other cryptocurrencies.

There's more to it like the halvings; about every 4 years the distribution of bitcoin going out gets cut in half. In the first 4 years 10.5 million bitcoins went out and the demand and use were small so the price was cheap. From less than a penny cheap in 2009 to over $1000 in 2013 after it first halved. After that from 2013 through 2016 with only 5.25 million bitcoins were being mined/made; then it halved again in 2016 for a second time & the price ran up to $20k a coin because the supply got cut in half to only 2.125 million bitcoins being created while demand and use case was skyrocketing. Now? Well, now we have 1.05125 million new #bitcoins getting created until 2024, with $1.2 quadrillion in value of institutional markets opening up to it.

The potential for the next halving with the halved new coin supply, plus increased demand and use cases is anywhere from 1 million to 10 million. He'll, just the demand and supply curve we're seeing now projects Bitcoin to be $100k to $500k and potentially higher in the short term by late 2021 or early 2022, then potentially a 50% drop as usual, well not as usual since usually we've dropped 80% in the past, but now that we have the institutional interest, then our best example is a coin like Link with IBM and Microsoft backing it, which has kept it at a 50% correction pattern at best. But in short, at the current prices, you're in a good position to be fine after the next correction/drop that'll come after the supply shock pressure from last year's halving skyrockets the price.

Lastly, the largest fact to consider is the rate at which we print money and the rate at which the stock market's value grows. Because by the time Bitcoin is up to size to be able to absorb $1.2 quadrillion in market cap value, the size of the market by then will likely be worth Tens to Hundreds of quadrillions in value depending on how bad the dollar's inflation approaching exponential growth continues to grow. If you want a better idea of that, then check our this Article:

US Dollars are Created by a Debt-Based Pyramid Scheme, Fronted by an Investment-Based Ponzi Scheme 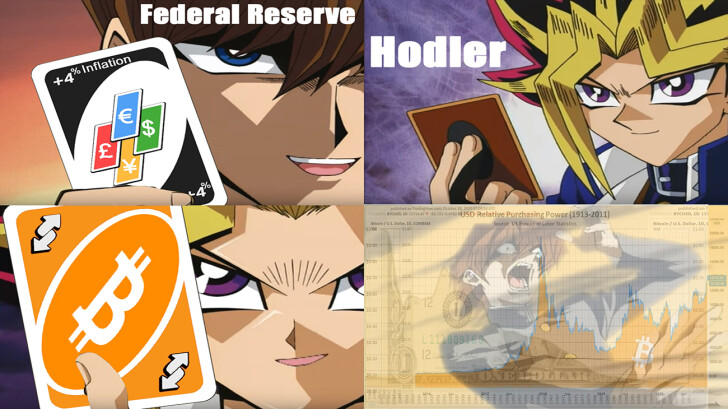 I'll leave you with this NFT Collection of the Bitcoin Reverso card artwork that I made for the Bitcoin and Cryptocurrency communities, in case anyone wants to collect them: https://opensea.io/collection/inflation-bitcoin-reverso

"When activated, every player loses 4% inflation across all their fiat currencies" 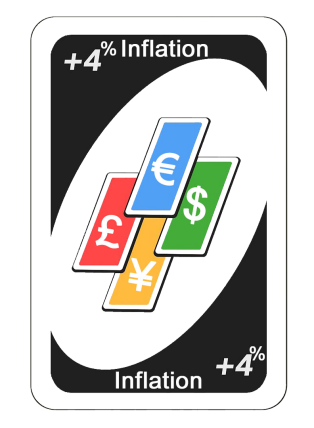 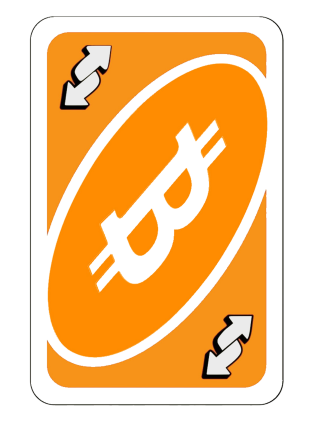 A rare collection of 2 cards that play a vital role in every HODL'rs fundamental understanding of finite, infinitely divisible, Bitcoin vs infinitely printed fiat currencies.

This set of cards portrays the message of Bitcoin's long-term calculation that every HODL'r understands and realizes once they become a HODL'r.

It takes ten thousand hours of research to even understand the implication of that equation, but this NFT Meme helps get that understanding across a little bit quicker. If not in the technical sense, then, in a basic level understanding sense. A start to get one on the path of curiosity to one day becoming a HODL'er, and a DCA seller of their paper debt chains that do nothing but melt away the financial energy of their work, making the buying power of their savings worthless perpetually over time. 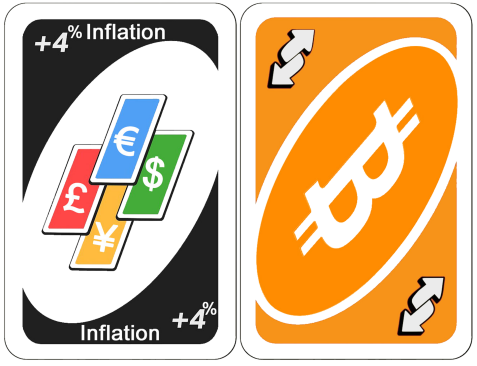 The Modern Bitcoin Maximalist is a realist view of acquiring Bitcoin and maximizing your approach at acquiring the most Bitcoin as possible. This includes speculating on altcoins with the potential to have faster short-term growth than Bitcoin, allowing one to sell the alts for more Bitcoin with less money used to acquire said Bitcoin. Or leveraging one's Bitcoin for business property that can be refinanced against itself, resulting in a new stream of income that can be used to acquire more Bitcoin. 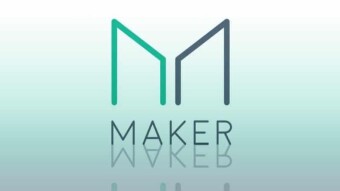