The race in fuel prices does not stop, with petrol and diesel that have exceeded 2 euros per liter and could soon reach 2.5 - 3 euros per liter. There is expectation on the decisions of the Government to stop the expensive fuels.

The race to the rise in fuel prices shows no signs of stopping, on the contrary it continues to run with petrol and diesel that have exceeded the historical record of 1976, with the green car reaching the average of 2.219 euros per liter in self mode. diesel 2.225 euros per liter. The fuel prices now seem to have embarked on an upward race that is difficult to stop, with diesel fuel having overtaken gasoline in some pumps. And the situation is getting worse hour after hour due to the speculations resulting from international tensions and after the Russian invasion of Ukraine.

The price of oil has risen sharply overnight and has exceeded $ 100 a barrel, which analysts say is causing fuel to soar. The worst scenario could be an austerity situation like that of the 1970s, with prices that could fluctuate between 2.5 and 3 euros per liter.

After at least two weeks of continuous increases and the return of the oil price below the $ 100 threshold, some timid falls were recorded. Eni and Tamoil cut gasoline by 5 cents and 7 cents. diesel, IP fell by 7 cents. on both fuels, while Q8 reduced them by 8 cents. 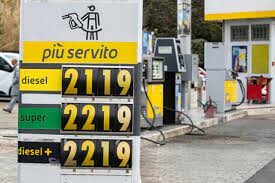 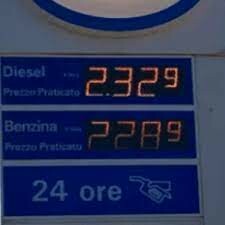 According to the surveys Assoutenti, an association specialized in the transport sector, and Codacons, today a liter of petrol and diesel cost respectively 41.4% and 54.7% more than in the same period of 2021. If instead we compare the data before after the outbreak of the war the price of petrol at the pump rose in Italy by 19.7%, while diesel fuel rose by + 28.8%.

The sting on fuels thus reached +780 euros per year in the case of petrol cars and even +943 per year if you have a diesel car. And the upward figure is bound to be updated day by day. 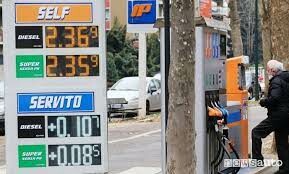 Increase in the price of methane
The increase in gas market prices has led methane to even exceed the level of 2 euros per kg. According to the latest surveys, the average price of auto methane is between 1.996 and 2.376, while the prices of LPG have risen from 0.883 to 0.904 euros / liter. 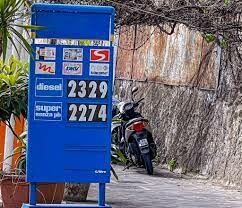 The increase in methane has displaced everyone a bit, given that until now it was considered an economical fuel. The increase, however, was caused by the cost of raw materials which has almost tripled since the beginning of the year. Unfortunately, the war in Ukraine has precipitated the situation.

The negative effects of the increase in methane, as well as on motorists, also affect consumers since it is also used by the entire transport sector. 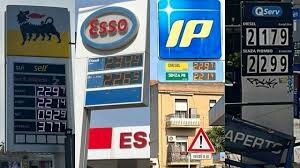 Price methane closed distributors
On the national territory there are 220 methane distribution systems for motor vehicles, out of a total of 1,529 that supply natural gas at a retail price of over € 2,999 / kg. Many of these plants have been forced to close, or are close to the end of their activity. 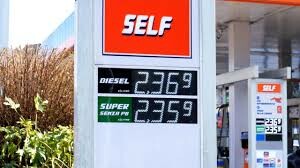 The situation is so serious - Federmetano reports in a note - that one third of the distribution network in Tuscany is already closed. Same thing for what concerns the Marche, where there are over 40 outlets that are no longer operational.

Not to mention Sicily: here over 10 plants have had to stop and there are now only one or two stores that are actually functioning, because when the plants sell gas for three and a half euros a kilo, it is as if they were closed. The picture of Campania is also worrying.

Regarding the cost of fuels, especially gasoline, it must be remembered that for every liter purchased by consumers, € 1.04 goes into taxes due to excise duties, over 60% of the final price at the pump. Therefore, to stem these sudden increases, the only way is to sterilize VAT and eliminate the excise duty on fuels, at least the older ones.

Then there are the indirect effects that are already beginning to be felt on the pockets of Italians: from the increase in retail prices for a multitude of products to the heavy increases in electricity and gas tariffs (which risk recording record increases in October); industry also faces higher production costs which are inevitably passed on to consumers.

In Italy, in fact, 85% of the goods transported travel by road, and transport costs affect the final prices charged to consumers at the supermarket.

The latest blow to an already very critical situation came with the outbreak of the war in Ukraine. The increase in prices could cause serious damage: from pasta to bread, passing through bills, gasoline, gold, aluminum, the Russian-Ukrainian crisis risks having very heavy effects both for consumers and for Italian industry.

The pandemic and climate crisis have led to the cost of fuel to soar, a race to the top worsened by the war between Russia and Ukraine with petrol and diesel at an all-time high: over 2 euros per liter. Reason why the hauliers had announced a national strike on Friday starting from March 14, but stopped by the strike guarantee commission having failed to comply with the minimum notice requirements. Combined transport, however, goes straight ahead announcing the suspension of services.

But what is behind these increases? The Ukrainian crisis is only one of the causes of the rise in prices, linked above all by the trend of other factors which can consequently be directly or indirectly influenced by the Ukrainian invasion of Russia, one of the world's largest producers of energy. For the Minister of Ecological Transition Roberto Cingolani they are "a colossal scam resulting from an unspeakable speculation". It is as true for oil as it is for gas, which is now out of control.

These increases are actually also the result of other factors such as the increase in the price of energy raw materials, the euro-dollar exchange rate and the excise duty on fuel and VAT. Only on the latter can the Italian government intervene with the awareness that it would mean burdening the budget for this year.

Like any product, gasoline also sees its production as the result of various processes such as processing, refining, storage, transport and distribution of the finished product. The dizzying increase in all energy raw materials reverberates on these activities.

The second point to underline is the weight of the euro-dollar exchange rate. A euro of 2022 is not equivalent to a euro of 2008 when the exchange rate was favorable and the final price in Europe was below the threshold of 100 euros per barrel, while it has been exceeded in recent days. According to Istat data, it has revalued by 22.45% in 14 years.

Then there is a third point: VAT at 22% and historically very high excise duties in Italy. According to the survey released by the Ministry of Ecological Transition relating to February 28, the weight of the combination of VAT and excise duties on fuels is 57% of the final cost of petrol and 53.5% of the total price of diesel.

Fuel prices continue their run. The announcement of the embargo by the United States and the United Kingdom on energy products from Russia has further pushed the prices of the oil markets: Brent back to 130 dollars, diesel prices out of control, with a jump equal to ten cents per liter. Diesel in many stores costs more than petrol even at the pump, despite the lower excise duty; 0.728 euros / liter for petrol, 0.617 for diesel. According to the usual survey by Staffetta Quotidiana, this morning Eni increased gasoline prices by 14 cents per liter and diesel prices by 24 cents per liter. For IP +15 cents / liter on petrol and +17 on diesel. For Q8 +9 and +16 and Tamoil +7 and +13. According to data collected by Quotidiano Energia, the average diesel served is around 2.1 euros per liter, while it approaches 2 euros in self mode. "The green continues to rise and is now stable above 2.1 euros in refueling with service," reads. Substantial increases are also recorded for the prices charged for auto methane. 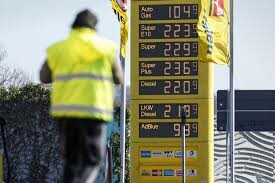 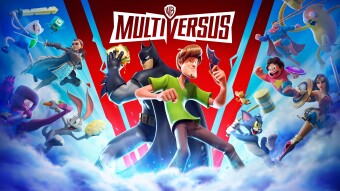