MUSIC IS THE ANSWER 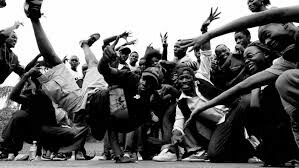 Hip hop is an artistic and cultural movement that originated in the New York neighborhood of the Bronx in the 1970s. Although often identified with the musical genre of the same name, the definition of hip hop as a cultural movement is broader and includes the following characteristic elements: rapping, a rhythmic vocal rhyme style; DJing, or the art of creating music with turntables and mixers; breaking, or a type of dance, and graffiti, or the art of creating pictorial interventions on the urban fabric.

The hip hop movement probably took its first steps with the work of DJ Kool Herc who, competing with DJ Afrika Bambaataa, is said to have invented the term "hip hop" to describe his own music. The heart of the movement was the phenomenon of block parties: street parties, in which young African Americans and Latin Americans interacted by playing, dancing and singing to the rhythm of hip hop music. At the same time, the phenomenon of writing contributed to creating a common identity in these young people, who saw the city both as a space of life and as a space of expression: each person was free to express their identity with this new cultural style.

In the eighties / nineties, aspects of this culture underwent strong media exposure, crossing American borders and expanding around the world. The reflection of this "urban" culture has today generated an impressive commercial and social phenomenon, revolutionizing the world of music, dance, clothing and design. 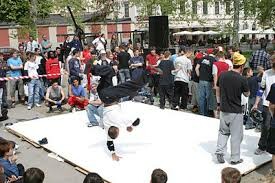 The factors that have influenced hip hop culture are complex and numerous. Although most of the influences can be traced to African American and Latin American culture, New York's multicultural society is the result of several cultural influences, which have found their way to express themselves within the disciplines of hip hop.

For example, the Griots of West Africa, traveling musicians and poets with style that contains elements that over time will evolve into modern hip hop music. Some of these traditions migrated to the United States, the United Kingdom and the Caribbean with slavery which brought Africans to the so-called New World. Another major influence in hip hop is the spoken parts contained in soul and funk records by musicians such as James Brown and Isaac Hayes.

One of the most important influences for both culture and hip hop music comes from the Jamaican music genre called dub, which originated as a sub-genre of Reggae music in the 1960s. Dub music included among its ranks producers such as King Tubby, who created versions instrumentals of reggae records famous for the needs of dance clubs and musical systems, and who soon realized how those who danced often responded better to particular beats of the records, isolated and repeated, obtained with intense percussion and strong bass lines.

Soon after, the MCs, who accompanied the music in the clubs, started talking over the instrumental parts of the records; among these are U-Roy, Dr. Alimantado and Dillinger, who became popular performers in this particular genre, and this tradition continues today in what is called Dancehall music. In 1990 Jamaican immigrants brought dub to New York and began to work at community parties, skating rinks or directly on the street. Another significant influence comes from blues music, particularly the typical call and response aspect, which survived in the tradition of toasting, another aspect of the oral tradition intrinsic to hip hop music, which became particularly pronounced in the early years. 1990 with the birth of the battle. 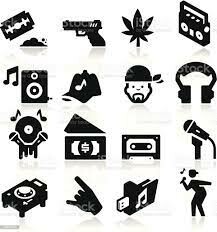 The date of the birth of hip hop would be August 11, 1973.DJ Kool Herc, a Jamaican immigrant, was one of the most popular disc jockeys in New York between 1972 and 1976, and played in block parties of the Bronx quickly moving from reggae to funk, rock and disco. He noted that New Yorkers were not particularly fond of reggae. Herc and other DJs also noticed that those who danced their music preferred the parts with strong percussion more, and began to extend the use of the audio mixer and the double turntable. Within an atmosphere of intense competition, Herc, his friends and "adversaries" quickly developed other mixing techniques to keep the participants active, excited.

As in Jamaica, these elements were accompanied by performers who spoke as the music played; they were initially called MCs and, later, rappers. Early rappers focused on introducing themselves, the DJ and other insiders, but their performances soon developed to include improvisations and simple four-count beats along with small backing vocals. Later the MCs added more complex and often humorous lyrics, including sexual themes. It should be remembered that hip hop music has steadily grown in popularity and in the late 1990s it began to become the main artistic force that was expanding in the United States. Over the next two decades, hip hop gradually entered ordinary US life. The transition is usually considered to have ended in 1990, while by the end of the decade, culture had crossed national borders to expand a little over the planet. 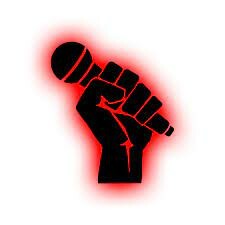 Rapping, often abbreviated to simply rap, is a form of musical oratory that features 'rhyme, rhythmic speech and street language', which is performed or sung in a variety of ways, often over a beat or musical accompaniment. It comes from R&B.

The components of rap include "content", "flow" and "delivery". Rap differs from spoken word in that rap is often performed on the beat of an instrumental piece. Rap is often associated with hip hop music, as well as being one of its main components, although its origins precede hip hop as a cultural phenomenon. The roots of rap can be found in West African music, in storytellers called griots who transmitted traditions orally by telling stories of family and village events, in the form of music, poems or sung stories, playing a simple handmade instrument, they spread traditions and genealogies orally or used their rhetorical techniques to gossip or "praise or criticize people." Griot traditions connect to rap through James Brown's speeches with the audience and his band among the songs performed, to the verbal provocations of Muhammad Ali and the poems of The Last Poets. Therefore, rap lyrics and music are part of the "black historical continuum", and aim to reuse elements of past traditions by expanding them through "the creative use of language and style and rhetorical strategies." The person credited with originating the style of 'delivering rhymes on a musical carpet', which would come to be known as rap, is Anthony "DJ Hollywood" Holloway of Harlem, New York.

Rap is often delivered over a beat, typically created by a DJ, turntablist, beatmaker, or performed a cappella without musical accompaniment. Stylistically, rap occupies a gray area between speech, prose, poetry and singing. The word, which precedes the musical form, originally meant "to strike lightly", while today it is used to describe quick back and forth. The word began to be used in British English as early as the sixteenth century. It is part of the vernacular African-American English in the 1960s with the meaning of "converse", and later became synonymous with the musical style. Today, the term rap is so associated with hip hop music that many writers use the two terms interchangeably.

Often rappers improvise on a base by inventing a text at the moment, this practice is called "freestyle" and even in freestyle you can recognize variations, in fact there is a simple freestyle, a normal text over a beat that can also be a "tipe beat. "or a beat in the style of a particular artist, and there are also some sort of challenges with freestyle, for example real clashes of insults, rapped in time on a base.

This practice is called dissing. Dissings are also often present in official rap songs and have the aim of denouncing a person or even the politics of entire states.

Over the years, Rap has contributed to the development and branching of new sub-genres of the same, such as Trap, and Drill. 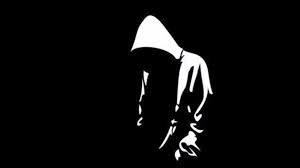 What is hip hop?

Hip Hop is divided into four disciplines, deriving from the most common and immediate forms of artistic expression: B-boying, linked to dance, Writing, linked to painting and calligraphic art, and finally Djing and MCing , constituting the musical aspect of this culture.

Why do we say hip hop?

The birth of Hip Hop and social factors

Literally the term "HIP" means knowledge / knowing while "HOP" means leap / movement. Hip Hop was born in the late seventies, as a purely street dance, in the Bronx, a poor and infamous district of New York inhabited mainly by African Americans.

What is the difference between rap and hip hop?

Hip-Hop is a cultural movement based on redemption against racial or class discrimination and the conquest of urban space. Rap is a musical style born and developed as a result of the Hip-Hop movement. 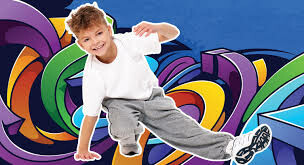