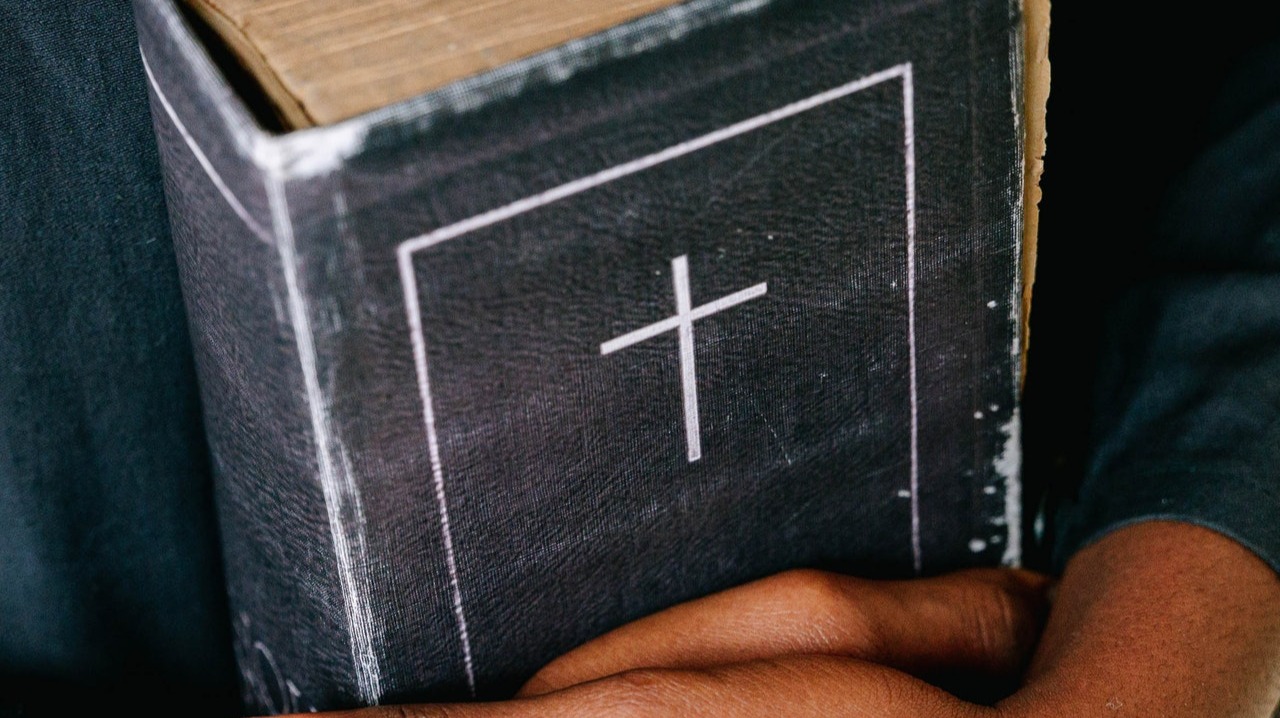 If We're Banning Books, Why Not the Bible?

As a response to a recent wave of book banning, Chaz Stevens wants to ban the Bible. He might have a point. 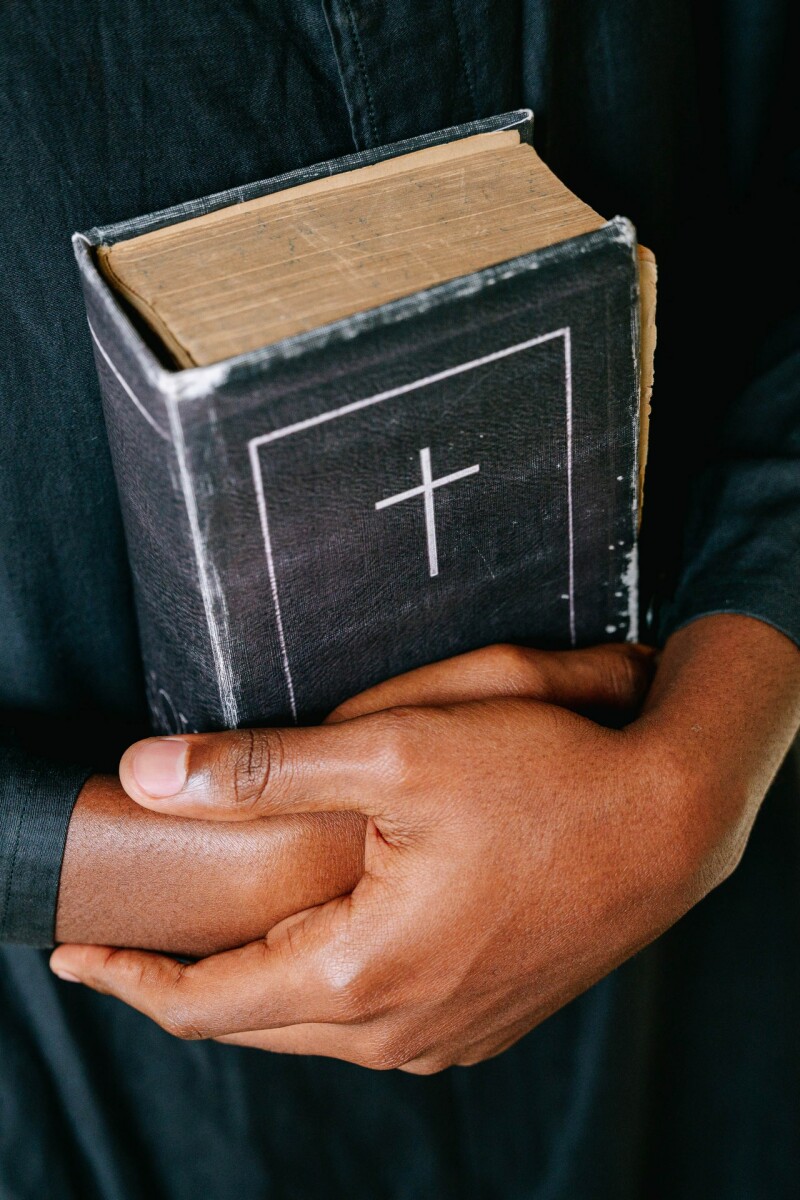 Banning books in the US isn't new. As far back 1637, well before US independence, the Puritans banned the book New English Canaan. Written by Thomas Morton, a minor-celebrity activist with a particular interest in protecting Native Americans, his 3 volume book caused outrage among the Puritanical governments for its criticism of their methods, ideology, and harsh treatment of the local native tribes. It's quite possible this was the first banned book in the New World, and in fact, great efforts were made to find and destroy it because it criticized and threatened local power structures, though a few survived in the Netherlands and was reprinted in 1883.

In the nearly 400 years since the first book was banned in the US, it seems not much has changed. The modern effort to ban books has been spearheaded by a handful of people who believe they have the moral high ground. For example, since the 1970s, Jerry Falwell has led, organized, and funded numerous book banning campaigns on both local and national scenes to, in his words, bring the country "back to basics, back to values, back to biblical morality, back to sensibility, and back to patriotism." Falwell's influence cannot be understated. Through these campaigns, as well as with his book Listen, America! and through his now defunct organization Moral Majority, Falwell was one of the main driving forces behind the Reagan era's sharp turn to conservative Christian values and subsequent efforts to remove books that allegedly threatened these values.

However, Falwell's efforts spawned significant opposition. A good example of this is the story of a small school district in Nassau County, New York. In 1975, a group known as the Parents of New York United submitted a list of books it wanted banned from the Island Trees School District. On their list were 11 books, including Black Boy by Richard Wright, Best Short Stories of Negro Writers edited by Langston Hughes, The Naked Ape by Desmond Morris, and Slaughterhouse-Five by Kurt Vonnegut. The schoolboard partly agreed and removed some of the recommended books from their shelves. Why? Because they were deemed as "anti-American, anti-Christian, anti-Sem[i]tic, and just plain filthy." The response was Steven Pico and 5 teenage students suing for violations of their First Amendment rights, bringing the fight to national attention. By 1982, the case known as Island Trees School District v. Pico was in front of the Supreme Court, with the final verdict being split 4/4 among the judges, with Justice White taking a step back and refusing to cast a vote.

Probably not by coincidence, around the same time as this Supreme Court case, librarian and activist Judith Krug and the Association of American Publishers created Banned Book Week. It's held every year on the last week of September, and its purpose is to draw attention to banned books, their persecuted authors, and the larger cultural struggle. They say that "the freedom to access information and express ideas, even if the information and ideas might be considered unorthodox or unpopular—provides the foundation for Banned Books Week." Today, Banned Books Week includes banned websites, is supported by numerous organizations such Amnesty International, and is celebrated across the country.

Despite such efforts, book banning is still a regular occurrence in the US. In 2021 alone, 1597 books were targeted. Half of the top 10 most frequently under fire were because they included LGBT content. Other reasons include profanity, sexual depictions, and sending the wrong message, such as being biased against men or women, encouraging anti-police sentiments, etc.

Stevens has described himself as an "an atheist activist who likes banana daquiris." He first made headlines in Tallahassee in 2013 when he insisted on having a 6-foot pole made of beer cans be put on public display. This was a reference to Frank Costanza's Festivus pole, an alternative to the Christmas tree, from "Seinfeld." His point was that displays of all religions need to be respected, not just those of Christianity, as stipulated by the First Amendment.

Stevens' fight now is against the new wave of book challenges, especially in conservative leaning states. In particular, he is pushing back against new legislation in Tennessee that makes it easier for public school boards to remove books they find objectionable. This is part of a national trend, including the banning of the book Maus for graphic depictions of the Holocaust, governors in Texas and South Carolina calling for the removal of obscene books from libraries, and school officials in states like Florida, Virginia, and Mississippi taking books off of the shelves due to complaints from parents.

To protest these events, Stevens has filed complaints with 62 school superintendents asking for the Bible to be banned. He argues that the Good Book includes equally or worse depictions of violence, sexuality, etc. than can be found in banned books.

What About the Bible?

In a letter to the superintendent of Leon County Public Schools in Florida, Stevens gives a handful of snarky and sarcastic examples for why the Bible shouldn't be read by children:

Of course, Stevens' letter is meant to be ironic and rather humorous. But digging deeper into the Bible, we can find several more examples that help illustrate his point.

And many, many other examples exist.

Read more at the Happy Neuron: The Guy Who Sued God to Prove a Point

No body is legitimately trying to ban the Bible. The point is to demonstrate the hypocrisy of banning books. If libraries are pulling books off their shelves for certain reasons, then these same reasons apply to other books, including the Bible. And if, however, we've agreed to allow children to read the Bible because it has positive messages despite objectionable content, then we need to acknowledge that these banned books may have something positive to offer as well.

For example, one of the most frequently banned books is To Kill a Mockingbird by Harper Lee because of its use of profanity, depictions of rape, and racial slurs. However, the book is also celebrated for its discussions of racial inequality and the need for empathy and understanding. When it was banned, children were saved from objectionable material, sure, but they were also deprived of its many important lessons.

It's the same with many other banned books. Children are being deprived of the lessons of racial equality, prejudice, and social conditioning in The Adventures of Huckleberry Finn to protect them against the use of the n-word. What about 1984, Anne Frank: Diary of a Young Girl, The Catcher in the Rye, Of Mice and Men, The Kite Runner, etc.? All of these are banned, along with everything they can teach children.

Originally published at http://thehappyneuron.com on May 7, 2022.