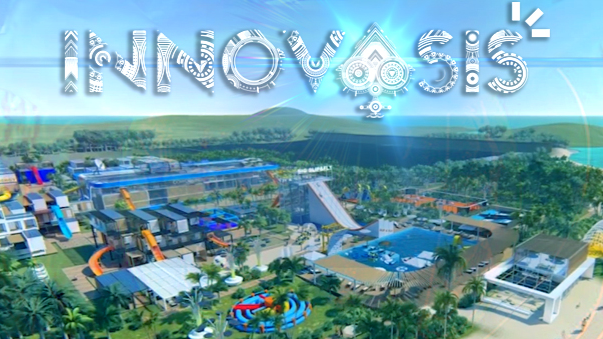 Innovasis Hotels is steadily moving forward towards accomplishing their first goal of constructing their first paradise location #1 on Puerto Rico. To ensure that they accomplish this goal in an efficient manner, they have recently strengthened their team with some experts.

The first person that they have the pleasure of introducing is Dinesh Shawla who joins them as their new International Director of Development and Strategy.

Dinesh has developed 18 hotels in the United States and is a shareholder in all of them. These include hotels such as the Hampton Inn, Holiday Inn, and Rodeway Inn. His company has won 13 national awards for various hotels. He is very experienced in hotel development and operations, and has been in the Hotel industry for 30 years!

Dinesh loved Innovasis Hotels and their teams vision from the moment he saw it, and they had the chance to meet in New York to get to know each other better.

Another amazing aspect of this collaboration is that Dinesh is coming to them with his entire team! He is bringing onboard his team consisting of;

And a few more.

The second person Innovasis Hotels have the pleasure of introducing is Amjad Omar, who joins them as their new Water Technology advisor. Amjad has helped them to thoroughly calculate, design and price the water system for Innovasis Hotels. He will be overseeing the entire water treatment development, which includes water desalination and water treatment, helping them become highly effective and efficient. He has over 25 years of experience in this industry and has delivered hundreds of projects worldwide.

Next up is Jason Carrier who is joining the Innovasis Hotels team as an advisor and expert on modular farms. He was one of the very first people that helped them calculate their modular farm needs, capacity, and power usage. As you might know, Innovasis Hotels not only produces their own water and electricity, but large amounts of food as well. An Innovasis Hotel is self reliant, and self sufficient. The company needed answers to such questions as how much food they can produce within a certain budget. They had to find out how much freshwater they will need daily. How much wastewater they will have to utilize. How much power the entire infrastructure will consume. How fast they can grow vegetables, and so on. Jason helped them to figure out all of these things. He provided Innovasis Hotels with the data needed to put modular farms into their business plan, and the team feel that they are very fortunate to have an expert like him as an advisor.

Last but not least, they have Francisco Laboy joining them as an advisor and expert in large scale Solar Farms. Francisco, is a well known and respected entrepreneur from London, UK, who now specializes in solar panel technology, including big solar farms, in Puerto Rico and the Carribean. Francisco has many local connections, workers, delivery teams, engineers, and government connections that can deliver any solar farm from concept to completion. Innovasis Hotels met with Francisco multiple times during their trips to Puerto Rico, and having a local partner like him on the team is extremely important. They are thrilled to have him join their Advisory Board and have his expert help to set up their solar farm infrastructure.

In addition to these experts joining the Innovasis Hotels team, the company has the pleasure of announcing that they have received their first official government recommendation. This is also the first step to receiving the government's tax credits, and they can receive up to $4.5 MLN USD in the first year from the Puerto Rican government. Click here to see the letter, and you will also find additional explanations as to what the tax credits are.

Make sure you follow all channels to stay tuned about the progress of Innovasis Hotels.