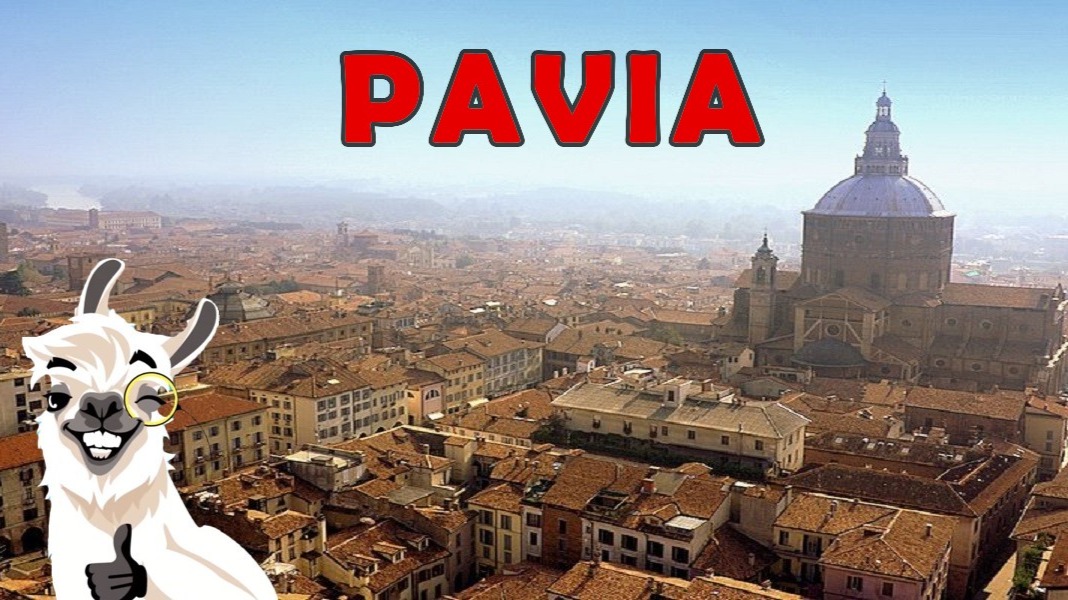 Some forewords in case you never heard about Upland: it's described by the authors as a metaverse, or a persistent, virtual 3D space accessible through the internet. The main feature of Upland metaverse is that it's mapped on the real locations of our planet, and in particular on its cities: the goal of the Upland game is to buy and trade properties, so each property of the selected cities is reproduced and can be bought using the in-game currency, UPX, or even real dollars. To add to the realism, you can even take a look at the Google StreetView of your property, to see how it looks in real life.

Upland started with the models of a few U.S. cities, like Fresno, San Francisco and New York, but is quickly expanding its offering. I found out about Upland some months ago, and I decided to try it, so I created an account and started buying some properties in the cheapest town, Fresno. 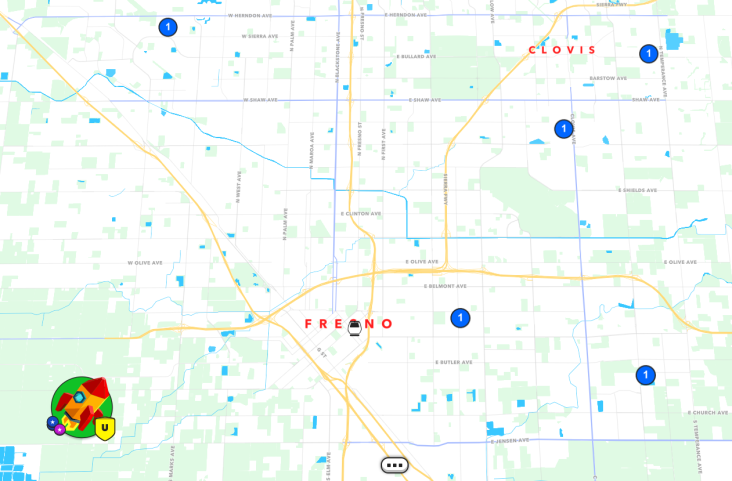 my Explorer and my properties in Fresno

I now own a total of 7 properties in the game, and I plan to buy some more. Of course I would love to see my country, and  - why not - , my home-town in Upland, and maybe even be able to buy my real home in the game. So let's discover the italian town of Pavia! 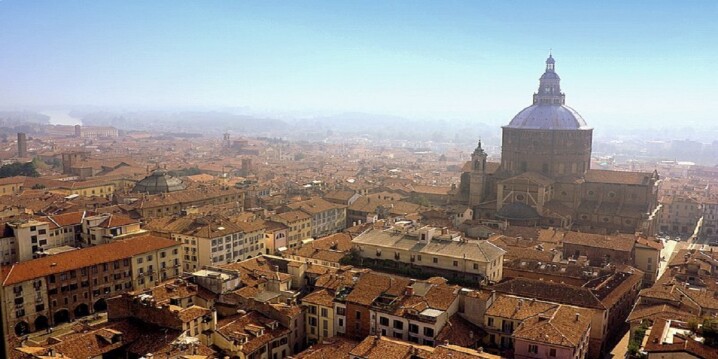 Pavia (pronounced Pavìa) is a small town in northern Italy with a population of around 73'000, placed just under the metropolitan area of Milan. despite the small dimensions of the town itself, its province spans over a big area and includes both plane and hilly zones. The main products of the province are rice, wine and many types of cereals. 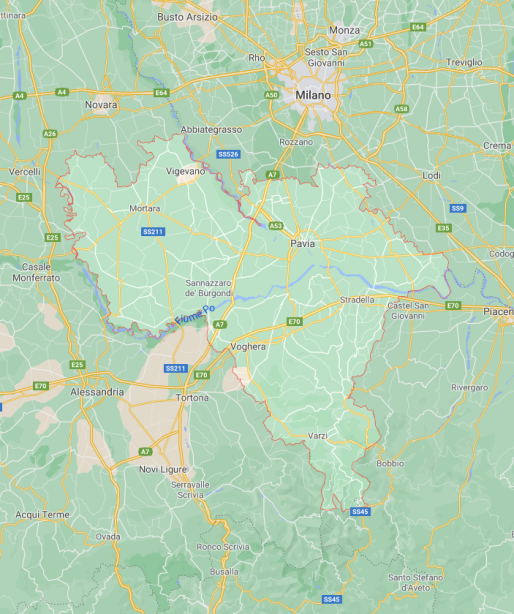 The town was originally built during the Roman Empire, and that's why the structure of its roads has the typical square pattern used by ancient roman builders: 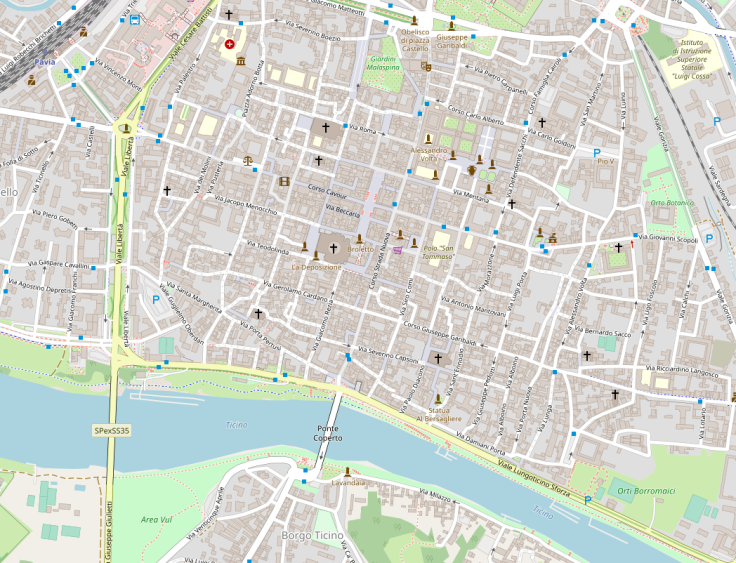 Pavia witnessed many historical events and this shows in the architectures and buildings in the center of the town. One of the most iconic features of the town is the Ponte Coperto (Coperto Bridge), that crosses the river Ticino. The bridge, with its  unique structure including a roof that gives it the name (coperto means "covered") was built in 1351 and was re-built in 1949 after it was bombed during World War II. 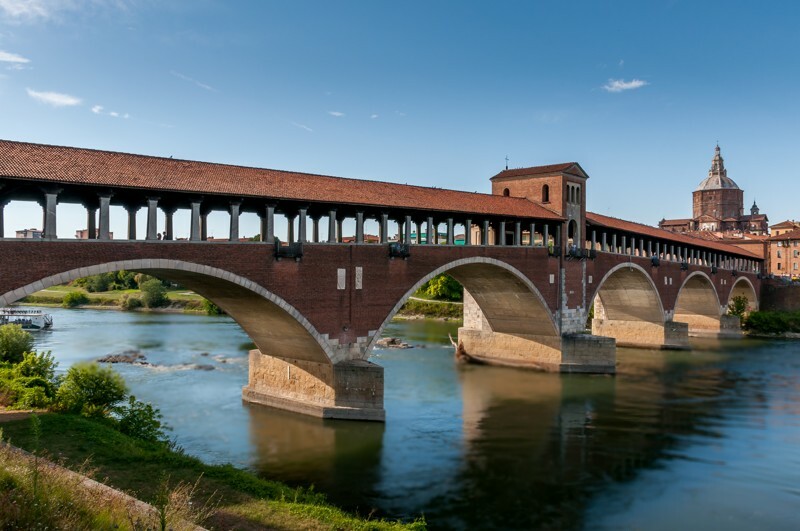 The river Ticino splits the main center of the town from the suburbs called Borgo Ticino, one of the older suburbs of the town: here we can find the typical houses of via Milazzo, right on the side of the river: 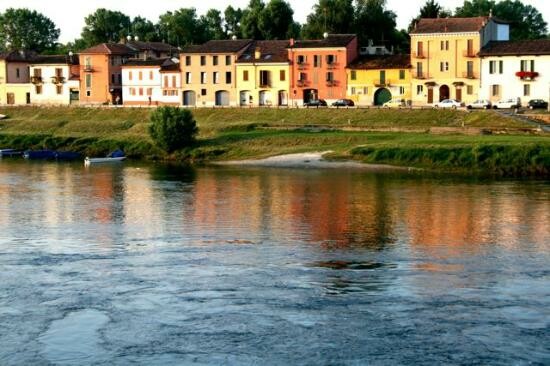 In ancient times, Pavia was called "the town of a hundred towers", because building a tower was a way for the noble families to show their power, but unfortunatly only a few of them still resist today. It was a fortified town, as the Mura Spagnole (Spanish Walls) still show today. The entrances were 8 Porte (doors), and 3 of those doors still exist today:

Other historical and most visited places in town are the Castle, originally owned by the noble family of Visconti, and the Duomo, the town cathedral, that had a tower on its side until 1989, when it fell because of structural problems, after which the whole cathedral was reinforced and monitored. 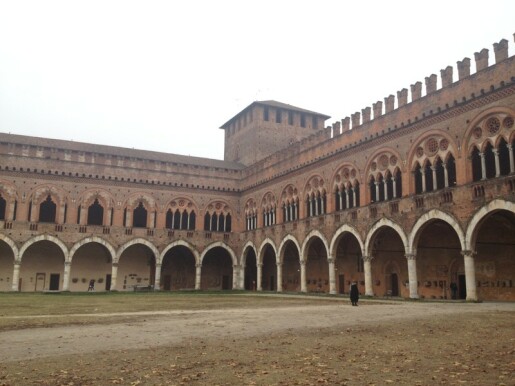 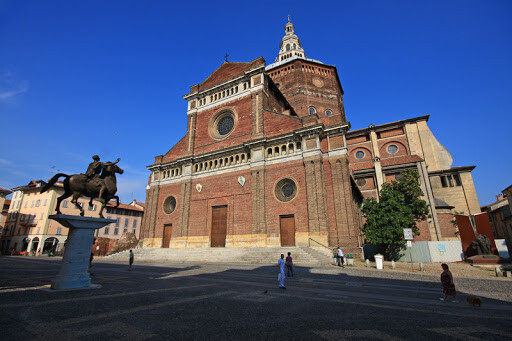 Pavia is famous for its cultural life: Albert Einstein lived here for a part of his life, and the University of Pavia is one of the best renowned italian colleges. The high presence of college students gives it a good social life, with many places where young people can meet, have a drink and dance in the center of the town and around it.

One of the most known institution of Pavia, beside the University, is its hospital, the Policlinico San Matteo, that employs many people in town.

The transportation system of Pavia is quite simple: it has a main train station and a secondary one (Porta Garibaldi), and a bus system. It's too small to have a subway system, and the old tram network was dismantled years ago. 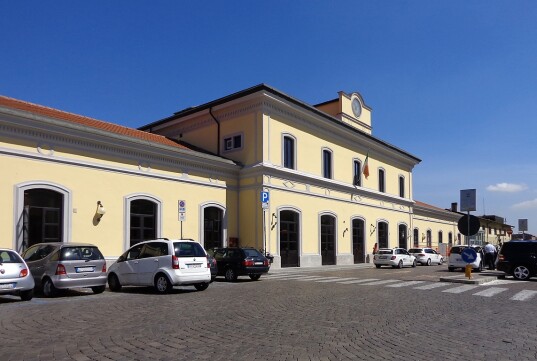 I think Pavia could be a nice addition to the Upland metaverse, because it would be great to have some the places and buildings of the history of Europe, from the Roman Empire era to the Middle Ages, and in Pavia both of them live together, along with the most modern features.