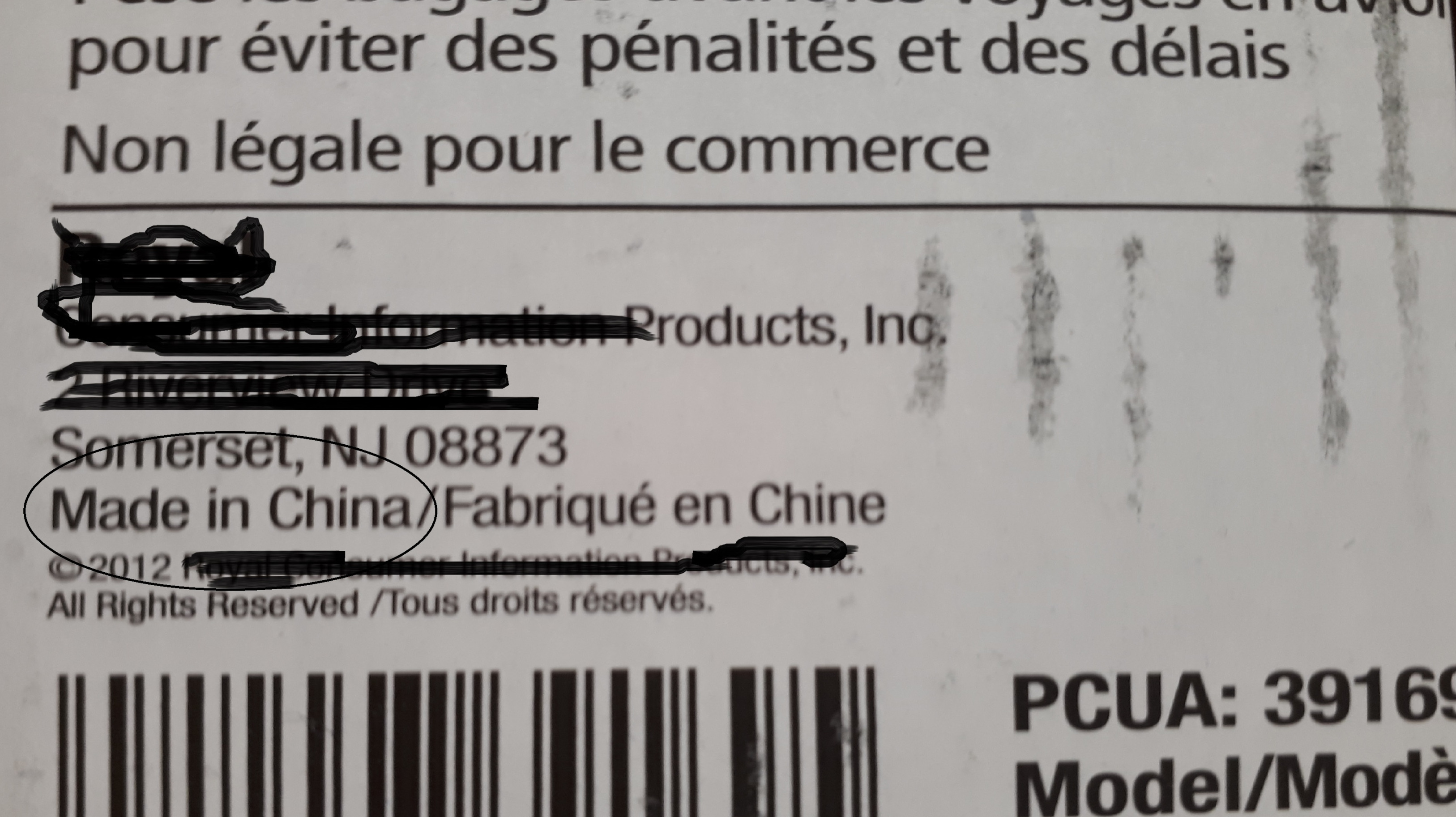 It's Time To Boycott 'Made in China'

For the last year and a half, the world has been turned upside down by the CCP virus. I refuse to call it Covid-19 because that's the name given by the head of the WHO, Tedrus Ghebreyusus who is not a medical doctor and is a known Marxist-Leninist communist. The CCP pushed hard to have him placed as the head of the WHO. He did his utter best to disprove the lab leak theory from the very beginning and he's been a very good minion for the CCP so far.

This morning I read an article on Zero Hedge with the headline 'Head of Who  Origin Probe Team Admits Communist China Ordered Them What To Write In Report'. It appears some people at the WHO are trying to come clean as the CCP narrative falls apart but why only now? Why didn't they come clean at the beginning as soon as they were pressured by the CCP?

You have to have been living in a cave the last year and a half to not see the collusion between the CCP and the WHO. The CCP has done everything in its power to stall any investigations into the origin of the virus but unfortunately for them, enough information has been leaked to show they lied (and continue to do so). We now know that a handful of employees at the Wuhan Institute of Virology became seriously ill months before the CCP finally admitted there was a new corona virus in their midst.

Of course, what followed was lockdown after lockdown. More variants popping up that are more infectious but the lamestream media fail to mention that these new variants are also far less lethal. One thing you've surely noticed during the lockdowns is that the big stores remained open for business. Here in Canada, the usual players remained open... Walmart, Home Depot, Canadian Tire, and Costco.

What do these stores sell the most of? You already know the answer. Stuff made in China, China, China. The CCP profited like never before from this fake pandemic while small business was ransacked. We had no choice but to go to these stores to get the things we needed. This has left us dangerously dependent on Communist China.

I believe most Chinese people are good people and are equally victims in all this, maybe more so because they are living within the CCP's borders but the only way we the people can stop the CCP and these globalist corporations from steam rolling us is to begin boycotting 'Made in China' products and choose to buy local / regional. I don't want to punish the Chinese people but something has to be done here.

Next time you walk into one of these stores, check the package to see where it was made. If it states 'Made in China', please just put it back on the shelf and let it collect dust. Yes, you might pay a bit more for a similar product made in another locality but the quality will likely be better. How many times have you bought a Chinese product only to see it fail in a year or two. This happened to me with a small freezer I'd bought. After just two years, it crapped out. Of course, the manufacturer's warranty expired after one year.

Next time you visit your local waste depot, check out all the refrigerators, microwave ovens, washers, dryers, dishwashers and other appliances piled up. The vast majority came from China and are sub-standard. Sure, we pay less but we forsake quality. The big corporations are in on this too. The 'engineered to fail' tool has been used since Thomas Edison's days with the light bulb. It was designed to fail after 2,000 hours of use. Now, we have these LED bulbs with claims of 100,000 hours life. I've already thrown away at least 3 LED bulbs. Substandard, made in China.

This is creating so much waste, not to mention the toxic side of it all. It's up to us to implement change for the better. We obviously can't rely on our governments. They have been completely taken over by big corporations and their lobbyist. The list of government officials and judges who, after leaving government service were handed cushy board member jobs at some very big corporations keeps growing.

Personally, I want to buy products made in Canada, since I'm Canadian. I also support made in USA and Mexico. The regional approach is far better. Of course, I like seeing things that come from around the world but when everything comes from just one place, China, China, China, then we have a problem and it's a very big problem, since this cuntry's government is communist, genocidal and lies all the time. Heck, they unleashed a virus on the world that's caused the deaths of millions now. What else will it take to convince the populace that they are a serious and real threat and that we should definitely NOT be buying any more of their (inferior) products.

It's time for we the people to punish the CCP and all the Walmarts / Home Depots / Costcos / Canadian Tires out there.

Once this article goes live, I fully expect a barrage of dislikes. Be wary... the CCP trolls are everywhere!!! Please 'like' and show your solidarity. Share this article and ask your friends to share with their friends and so on. This is a worldwide movement. Where we go one, we go all.

Boycott 'Made in China'. Boycott big corporations that are nothing more than fronts for the CCP.

Thanks for your support!