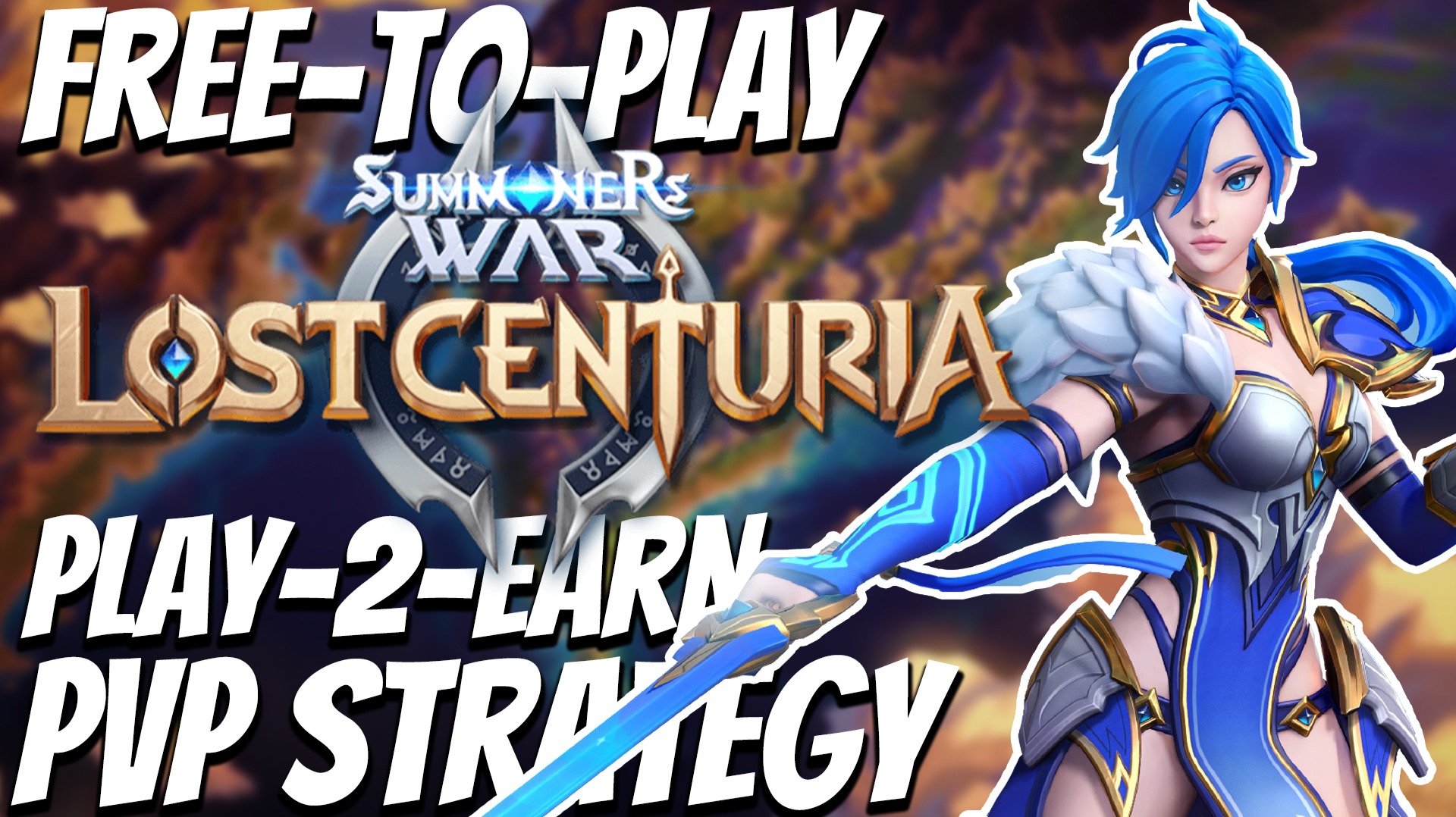 Before the end of 2021, you might have heard about the announcement of Summoners War that they were going to be incorporating their game called Lost Centuria into the blockchain space.

Well, let me tell you that just a few days ago, they have finally officially posted about how it’s going to be implemented with the new C2X Ecosystem.

So today, we’re gonna take a quick look at what the game is all about, and how playing and earning is going to work in Summoners War Lost Centuria.

Lost Centuria is a real-time PvP battle strategy game where players face each other on a 1 v 1 duel by forming teams of 8 monsters and defeating their opponents by strategically timing their attacks, spells, buffs, and debuffs, and utilizing the game’s unique “Counter” mechanic.

The game is actually very simple on paper, but the synergies and combos and complex formations and even character buildings have made it a very complicated game.

How complex? Well… complex enough to get themselves into actual e-sports last year. But even if it is, it’s still rather straightforward and very enjoyable -and quite addictive even!

Building your monsters and making your team stronger and more effective is performed by arranging well thought formations for the frontline and backline, leveling them up by griding and collecting cards, taking advantage of synergies, equipping Skill Stones, and utilizing Runes.

The game is also filled with plenty of Gacha elements and random chests.  It’s got so many game modes like challenges, siege battles (which is their single-player mode), and various duel modes.

The main game mode that shines in here tho is of course the Ranked Match. I mean, everything is all about ranked matches and getting those medals and getting your name on top of the sweet sweet leaderboards.

But we’re not really here to talk about how the game is played.  We’re here to know how exactly gamers like us can play and earn some crypto in Lost Centuria.

The game has been out for almost a year now and even tho there’s already been so many updates and improvements since then, nothing compares to the changes and future potential the game will have for deciding to finally enter the blockchain space.  -especially since their 1st Anniversary Special MAJOR UPDATE is now closing in!

It’s all about the addition of The C2X Ecosystem -coming along with World Tournament Renewal, New In-Game Currencies, and Rune System Renewal.

But what is C2X? C2X is a blockchain gaming platform with the purpose of accelerating mass adoption of Web3 gaming, and C2X is the platform token. The C2X platform was developed by Com2uS Group, with Terraform Labs and Hashed as advisors.

These 3 new things they are bringing in covers the whole system of how Play2Earn will work in Lost Centuria in relation to NFTs and Crypto within C2X.

So let’s talk about them in detail.

Starting off with the 2 New In-game Currencies: Ancient Crystal & Magic Power Dust. These two are required for powering up “Ancient Runes.”

Ancient Runes are the new upgraded version of the current Runes System. Right now there are only 3 slots, but after the blockchain integration update, there’s gonna be 6 slots.

This is what’s going to be the new core aspect of monster progression -especially in late-game situations.

While the second new in-game currency, Magic Power Dust, can be obtained through daily quests and participations and victory rewards from World Tournaments.

Now let’s talk about the 2 new cryptocurrencies that will run the economy of The C2X Ecosystem.

These are C2X and LCT Tokens. These 2 cryptos are directly exchangeable with the 2 new in-game currencies.

C2X for Ancient Crystals and LCT for Magic Power Dust. You can start exchanging crypto as soon as you are able to create and connect your own C2X Station Wallet Connect.

C2X is going to be the Governance Token within the C2X Ecosystem which won’t just involve Lost Centuria, but other games as well that are coming soon.

While LCT Tokens are going to be the unique crypto for the game Lost Centuria.

And since we’re talking about crypto here, then the way you can earn by playing is by simply grinding in the game for Magic Power Dust and Ancient Crystals and then exchanging them for LCT and C2X Tokens for profit.

And that’s it for this video. That’s quite a lot of cool events that they are hosting. It won’t hurt to try to participate, since the rewards are very decent, to be honest!

It’s not everyday that we get to have triple A games from big game developer companies that incorporate their games into the blockchain network.

So things like this are always special. So what do you think about Summoners War Lost Centuria and the C2X Ecosystem?