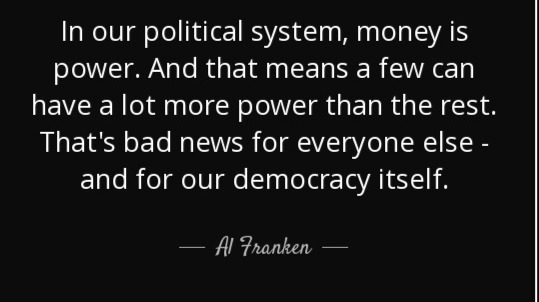 The Governance of a country should in theory be done by the people who inhabits it, right? In reality it has never happened, in all human's history, that the views and desires of a population to applied by those who have the power. Logic dictates that the few will always be more wealthier then majority, and the wealthier you are the more power you have..., but it should not be this way. No matter what kind of system is or was in the past, either Democracy, Communism, Nazism, Fascism, Totalitarianism, Despotism, Monarchy etc, all of them have a huge flaw. The ruling power is gained either by force and/or nonvoting principles. Now you might ask why have I brought this political topic into a crypto discussion? Even that you might hate the topic or consider that it's not related with the Cryptocurrency, well..., you will actually be surprised how many things can be done with the blockchain technologies.

Now, regarding to how the Governance should be applied there are three main issues that we need to take a look at:

First: I want to explain why all Governments that exist today should be outlawed. If you check in every country in the world their government structure is build by the parties. Many people would argue that, as long as you vote for a party then they should chose the right ministers. This is a wrong decision from a trust perspective. Nobody should govern as long as he is not being voted by the population who have the right to vote, this is because the party is a group of people that have their own interest which most of the time do not coincide with populations desires. Only the Population can decide what is good for them and  definitely not the politicians, voted or non voted.

Second: The Prime Minister must not be chosen by the president or the royalties and/or party/ies, because it is not the population's choice! No mater how great the presidents or the kings are, they are not infallible, because they are also humans just like us and we should never trust them. Humans can be corrupted and/or subdued to be mere puppets to follow the interests of those who wants to acquire or maintain power.

Third: The laws must NOT be approved by the parties or party members, royalties presidents etc. Only the people that pay taxes must have the Veto's final decision to do that, including the registered immigrants/foreigners. Yes that's right, they live and pay taxes in the country therefore they must have this right. The immigrants can't be elected though, only the citizen must have this right for election and to join a party. In some limited forms the immigrants could be granted a place in the party but not in Parliament or Government.

Now, how can we ensure that a trustless system can provide us a better governance solution?

In the blockchain of any crypto currency can be stored a cryptographic information that it is almost impossible to change it, especially in a proof of work algorithm (PoW). Some cryptos actually hosted a few elections in the past with quite huge success. Blockchain elections, should be used in every single country for fair and unbiassed elections. Those who wants to govern should be any citizen that have the right to be voted and must not be in a party or in the group of corporation's directors (aka CEO, CTO etc) ever. Him/her Should show proof of his/her past activities which was stored in, well you've guessed, a blockchain. There are several storage blockchains that use Proof of Spacetime or Proof of Replication like Filecoin or Storj or Siacoin (this one use PoW consensus). Even Ravencoin with its unique PoW can store assets, this blockchain is basically the very first NFT storage provider in all the crypto's space.

Then if all elections are done in the blockchain with a click or tap of a button, what would be the rolls of the Presidents, Prime Ministers, Ministers or Parties you might ask? Well their rolls should be like this:

1) The President's or King/Queen's role is to ensure that The Law is introduced into the Blockchain for voting. The president must not issue executive orders because he is not a dictator. Can you say which President did not do a single executive order? Or some other politicians by abusing their power did some grotesque things to the humanity.

You might check also this article in which I find his view quite illuminating: https://everything-voluntary.com/all-bad-guys-are-politicians-and-vice-versa (the photo is uploaded by Kent McManigal).

2) The Prime Minister and all other Ministers must be voted by the population in the blockchain and their Government role is only to apply the population's decisions. Nothing else!

3) The Parties and party members can write new laws or rewrite the older ones but must not have a veto right in their approval. only the population have this right. These law proposals must be introduced into the blockchain for everyone to read, before voting.

4) All acquisitions must be introduced into the blockchain as well, therefore it is ensure that it won't be a misuse of power and political corruption. The politicians can be corrupted of course, but their actions do not matter when it comes to decision taking.

5) All the other fundamental issues that are currently done or supposed to be done by the politicians must be subjects to election according to population's believes and desires. To do this an app will provide the info, then the people should just read and vote when they have time.

There are so many other things that can be done by using a thrustless Blockchain Technology and everyone should come with their new ideas, Cryptocurrencies will be the only solution in the future.

Note: This is not a financial advice, but my own believes and life experiences. Do your own research before investing in any crypto currency!

The financial system that has been thought to us since childhood is completely broken and unrepairable. It was created to subdue humanity to the point slavery in every aspect of our lives. In these series of posts I will explain in a different way how and why crypto was created, why we cannot reach a financial freedom but we can still obtain it. NOTE: Everything That I Write In The Future Articles Are Not A Financial Advices But My Own Views And Experiences With Fiat And Cryptocurrencies.