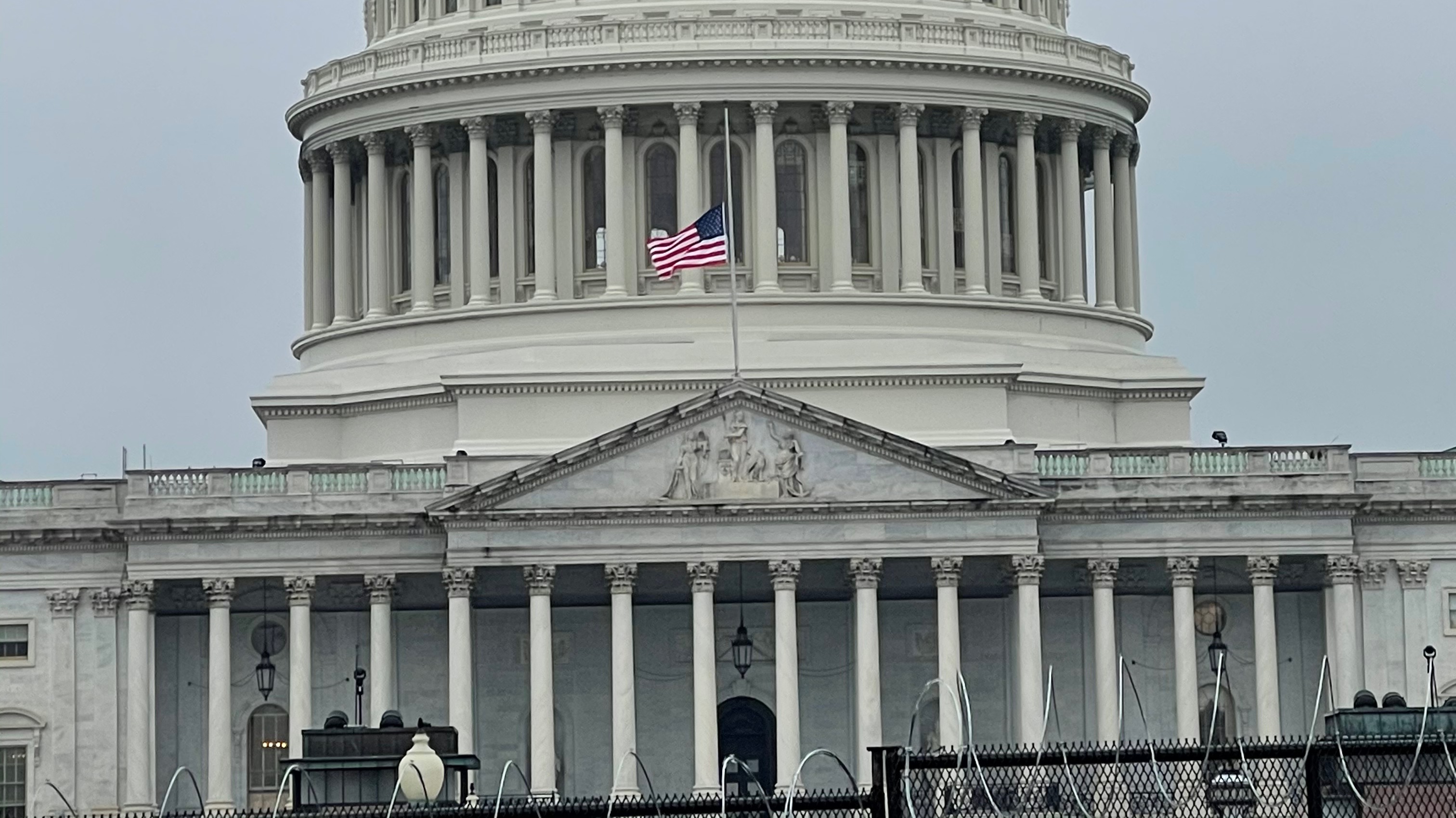 Yesterday for lunch I went on a walk around the Capitol for the first time since all of the walls went up around it. For those of you who do not know there are now two layers of unscalable fencing surrounding the area. The first wall or line of it was placed in the immediate aftermath and encompasses the Capitol Building block. It does have gates for the construction crews to get through to fix up the inside but for the most part, you have to access it from the underground tunnel system. The second layer pushes out several blocks in some areas. This area encompasses the entire capitol complex including the Supreme Court, Library of Congress Buildings, and all of the Congressional Offices both on the House and Senate sides.

Every day I have to go through this first layer to get to work but from there I have just gone to work and have not ventured around. Yesterday with work being as slow as it was I took my first lunch break I have taken with this internship to just walk around and man was I dumbfounded with what I saw. This the outside perimeter the National Guard and police are mostly stationed at the different entrances or where intersections run into the fencing. I just assumed that the inside layer who be protected much the same.

This was far from the truth however and inside the one-block area were more National Guard Troops than I have seen the last week combined. I have no idea if there was a reason for the heightened security but the outside was not any different from normal. This inside layer had groups of 3 guards stationed roughly every 75-100 feet from each other. All of them were fully decked out in their uniforms and weaponry. It was honestly a flashback to when the 25,000 troops first showed up for the inauguration. In what seemed like every 10 minutes one person from the 3 man squads rotated to the next group. Police and guards also had a heavy presence at the corners of the block.

Just when it seems like life may be slowly getting back to normal here I got hit upside the head with this realization. It may never be the way it was again and people are now calling for a permeate wall to be put up around this whole area. In a country that loves being called the land of the free, this seems like quite the opposite approach to that very idea. Security is one thing but a permanent 10ft wall with barbed wire on top is a whole other animal.