Blue Origin, the company founded and funded to a tune of $1 billion a year by Jeff Bezos alone, suffered a pretty significant setback at the end of last year that I do not think a lot of people where likely aware of. Back when The Air Force was in control followed by Space Force money was being given out to companies to develop a new heavy launch rocket. Blue Origin while included in the first round of contacts were left out when the second batch of contracts went out at the latter half of last year. Now there is no sign of an impending cash crunch as they are backed by the first or second richest man in the world these contracts hurt.

Billions of dollars of contacts to launch rackets for the army were given out and only SpaceX and United Launch Alliance (ULA) were on the receiving end. This is going to force Blue Origin to press forward with funding the New Glenn rocket by itself. That is no small feat and it would not surprise me if they ended up having to deviate from the initial plan to produce cash and not continue to bleed Bezos dry. Rocket science is complex and as everyone has been able to see development is expensive. Its throwing money into a burning fire with the hopes that eventually enough of it will cause it to stop.

On a lighter note SpaceX is currently getting ready to launch 2 rockets in 3 days with the first one being launched at 11:21 PM tonight. Rocket number two is scheduled to launch Wednesday. These two rocket will put an additional 120 satellites into orbit. These will continue to help SpaceX build out its network and prepare for the Starlink internet to launch in the United Kingdom.

Starlink's constellation is rapidly growing as they are launching 60 satellites per launch and with over 1,000 currently in orbit it would further boost its download speed and coverage map. SpaceX is ramping up its deployment of this first version of these satellites to really get the service out of Beta mode as soon as possible. This will allow for additional revenue to flow in to SpaceX either directly or via IPOing and spinning off the Starlink Constellation.

What a time to be alive where rocket launches are becoming more and more common and accessible for many to watch. SpaceX has really made tons of strides in bringing the space travel to the masses and I cannot wait to see how they continue to do just that. 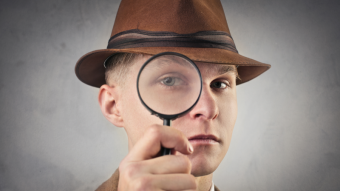