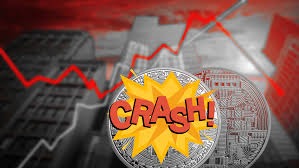 It was a rough week for cryptocurrencies in general and the Defi space in particular. The dramatic collapse of Terra (LUNA) caused the Defi projects linked to the UST stable coin to suffer losses of more than 80%. The projects with dire prospects are those running on the Terra protocol such as Anchor Protocol, Astroport, and Mars Protocol. To read more about the saga, you can read my recent price on the stellar collapse of TerraUSD.

In addition to the failure of the algorithmic stable coin in question, the forced selling of the Bitcoin (BTC) holdings backing a portion of UST also influenced BTC’s recent drop to less than $26,000. Although BTC has rebounded to $29,600 at the time of writing, the LUNA coin has almost become worthless with a current value of $0.020. Needless to say, this event has had a far-reaching impact on the broader crypto market.

Analyzing the two charts above, we can see how the events of the last few days unfolded. The uncollateralized nature of the UST stable coin relies on an arbitrage mechanism to sustain the peg, where $1 of LUNA can be exchanged for 1 UST and vice versa. But this mechanism only works efficiently under normal market conditions. As sell-side pressure escalated pressure on UST across different crypto channels, the arbitrage mechanism failed to maintain the peg.

A temporary ‘depeg’ led to FUD in the Terra ecosystem (Fear, Uncertainty, and Doubt) which thereafter caused a loop between further selling of UST & reinforced FUD — eventually leading to a ‘death spiral’. There have been over 6 trillion new LUNA tokens minted, which has diluted its price down to $0.00000953. Overall, since the peak in early April LUNA’s market capitalization has fallen from $41.2 billion to $6.6 million, the largest destruction of wealth in this amount of time in a single project in crypto’s history.