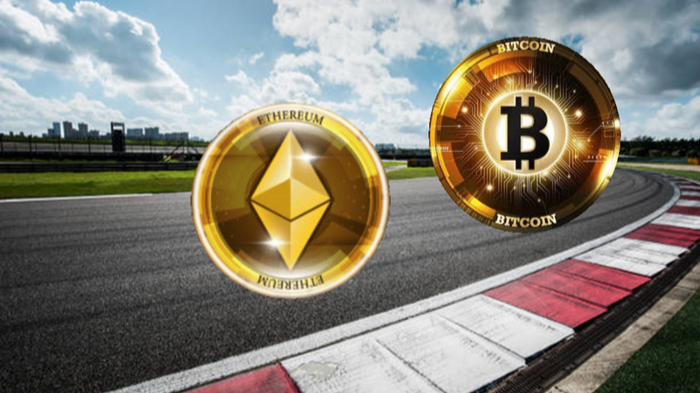 One can’t seem to catch a breath when it comes to price action in Cryptos. And the rapid rise in Ethereum recently is one such example of that. It was only a couple of days ago that I reported ETH running through the $3300 level. Well, it’s two days later and Ethereum has already crossed $3600 — yet another all-time high. If it was Bitcoin that powered the Cryptos to a strong finish in 2020, Ethereum is taking them through in 2021.

Talking about Bitcoin, the premier digital coin has been consolidating quietly in a tight range, within $52k-$59k. The main beneficiaries of this strong Ethereum run have been the Alt. coins, which have logged impressive double-digit gains. Dogecoin has been an obvious outlier with gains of thousands of percent ever since the beginning of the year — making the meme coin the third-largest cryptocurrency by market cap, at least for the moment.

I am not going to get into the merits of Dogecoin or its dynamics, but one thing is for sure, it does make a point — cryptocurrencies are a revolutionary new financial technology, which plugs directly into the craziness and creativity of the internet. Coming back to some data-driven side of things, today's analysis from Chainalysis Market Intel highlight how Ethereum’s influence has edged up to Bitcoin in the past few months.

The first chart above (Figure 1) shows how much bitcoin can be bought per Ethereum. Currently, one Ethereum will buy at least 0.05 of a bitcoin, which is the highest exchange rate since August 2018. So Ethereum is now starting to recover its value relative to bitcoin after price declines during the crypto winter of late-2018. Ethereum fetched close to 0.15 BTC back in mid-2017 before plummeting against its contemporary in December of the same year. The ratio jumped back again in Jan. 2018, when ETH fetched 0.10 BTC.

As the Ethereum price has increased faster than the bitcoin price, the average percentage USD gains that Ethereum holders have made are approaching those of bitcoin holders — something not seen since mid-2018. As evident in the chart above (Figure 2), which shows the percentage USD gain of Ethereum and bitcoin by comparing the USD price with the weighted average USD cost of acquisition across all assets held. The average Ethereum was actually held at a loss for much of the time between August 2018 and May 2020, but now it has an unrealized gain of 150%.

The answer to this recent rise in profitability of Ethereum lies in the surge of DeFi. ETH has risen so much due to its demand in the emerging decentralized finance sector. According to the chart above (Figure 3), 40% of Ethereum moved on the blockchain has been flowing to, from, or between DeFi smart contracts, compared to just 7% in the prior 12 months.

Decentralized exchanges are included in the exchanges category, so DeFi’s domination of Ethereum is arguably even greater. In contrast, the majority of bitcoin moved on the blockchain is to, from or between exchanges, and this has not changed over the last 24 months.

Dynamics for both Bitcoin and Ethereum are different — while the former is rising due to its scarcity (limited supply), the latter is gaining due to its massive usage in DeFi. Both the top two coins are undergoing major transitions but in different directions.