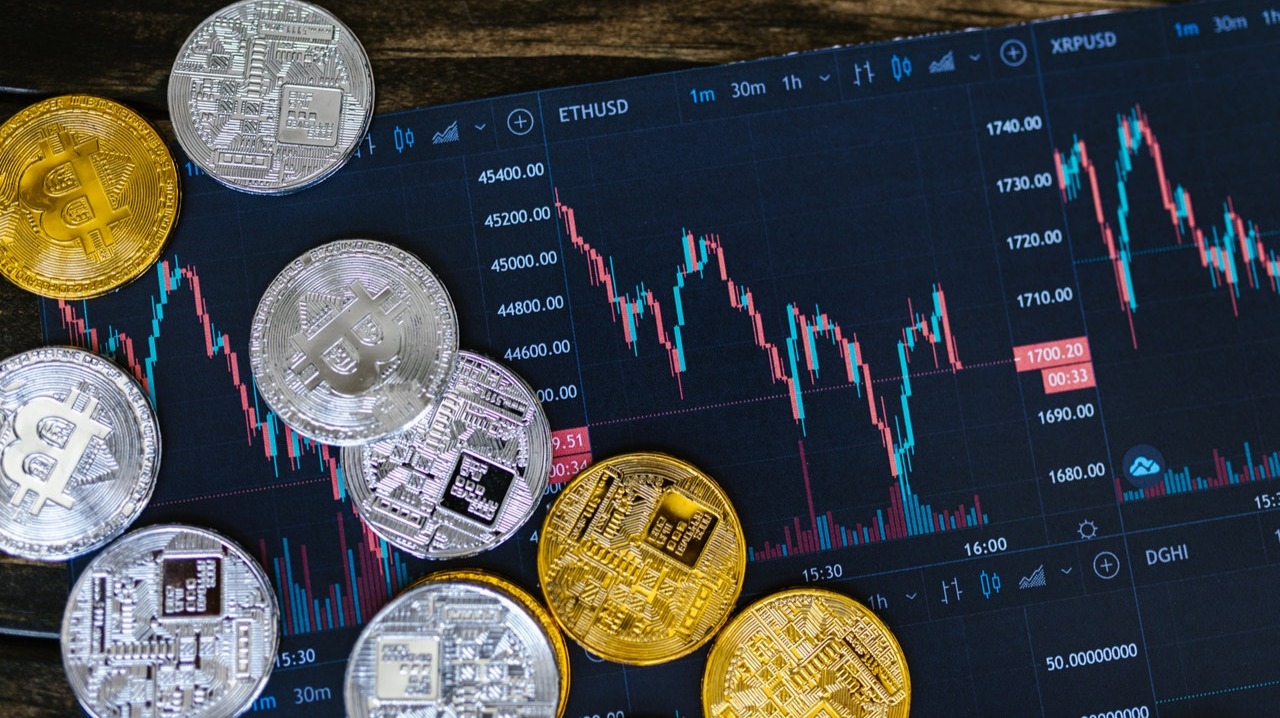 The creation of cryptocurrency is a landmark.

The starting of Bitcoin on "January 03, 2009, at 11:45 PM GMT+5:30" is a landmark event in the field of the digital economy using cryptocurrency. In the beginning, nobody except a few from the founder groups of Bitcoin knew about it.

Then, news about buying a pizza using a few thousand Bitcoin helped get people's attention. Very slowly, Bitcoin investment increased, so as its price.

December 2017 was a good time for Bitcoin showing a first-time high price nearing the dollars twenty thousand mark when Ethereum was hardly touching one thousand dollars.

Gradually, the interest of financial investors identified cryptocurrency as a viable instrument. More cryptocurrencies started to appear in the arena. The mainstream news media had played an important role in popularising cryptocurrencies.

The number of cryptocurrencies is growing every year. As per the data available from Statista, as of January 2022, there are almost ten thousand cryptocurrencies and associated tokens. New crypto-coins arrive every day with their particular use cases and application stories. 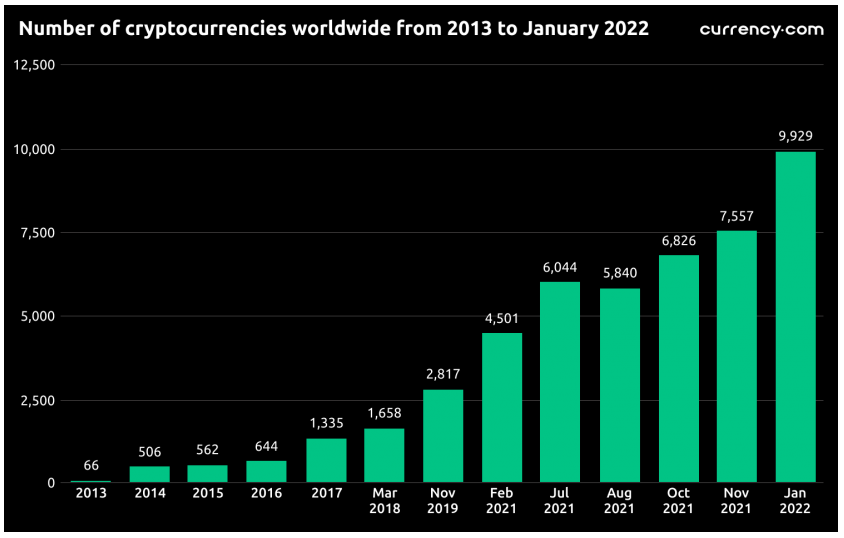 The market cap of the cryptocurrencies fluctuates as per the performance of the major coins, namely Bitcoin and Ethereum. The top five coins are Bitcoin, Ethereum, Binance Coin, Tether, and USD Coin hold almost 1.18 trillion dollars market cap, among which Bitcoin shares about 41.6 percent market share.

The graphical variation of cryptocurrency price speaks about the past influence. The market of cryptocurrency fluctuates with time. Depending on the use cases and appropriateness to specific applications, the industry players choose different coins.

I have viewed the graphs only of a very few coins as per my current exposure. The preliminary view speaks something about the past. However, I have not predicted anything about the future projections. I feel that it will be too early to predict the future.

Price graph of Bitcoin or BTC, and Ethereum or ETH 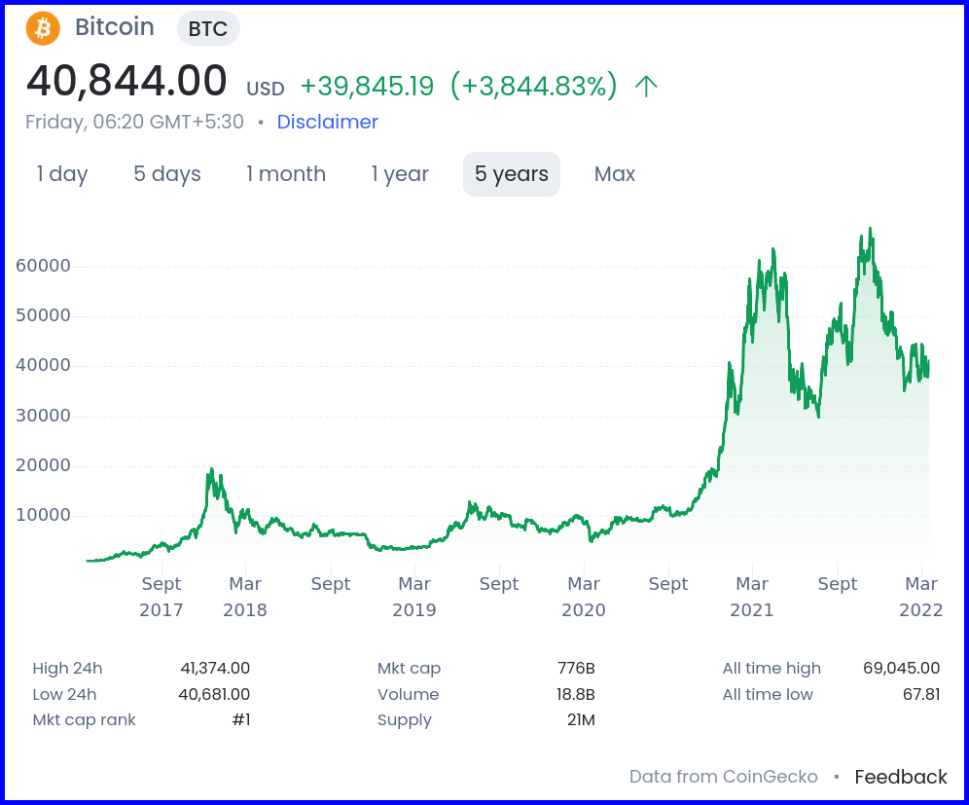 Being the first decentralized digital money, its rising price attracted a huge investment from the financial market. Big corporates, such as Tesla supposed to have invested in BTC. Elon Musk's announcement about accepting BTC payments to sell Tesla cars impacted its value in the financial market.

Ethereum started after Bitcoin on July 30, 2015. It also got success in appealing to diverse sectors of the industry. Ethereum was not only projected as a digital currency but also got a huge attraction as the base for many utility tokens for various non-financial use cases. 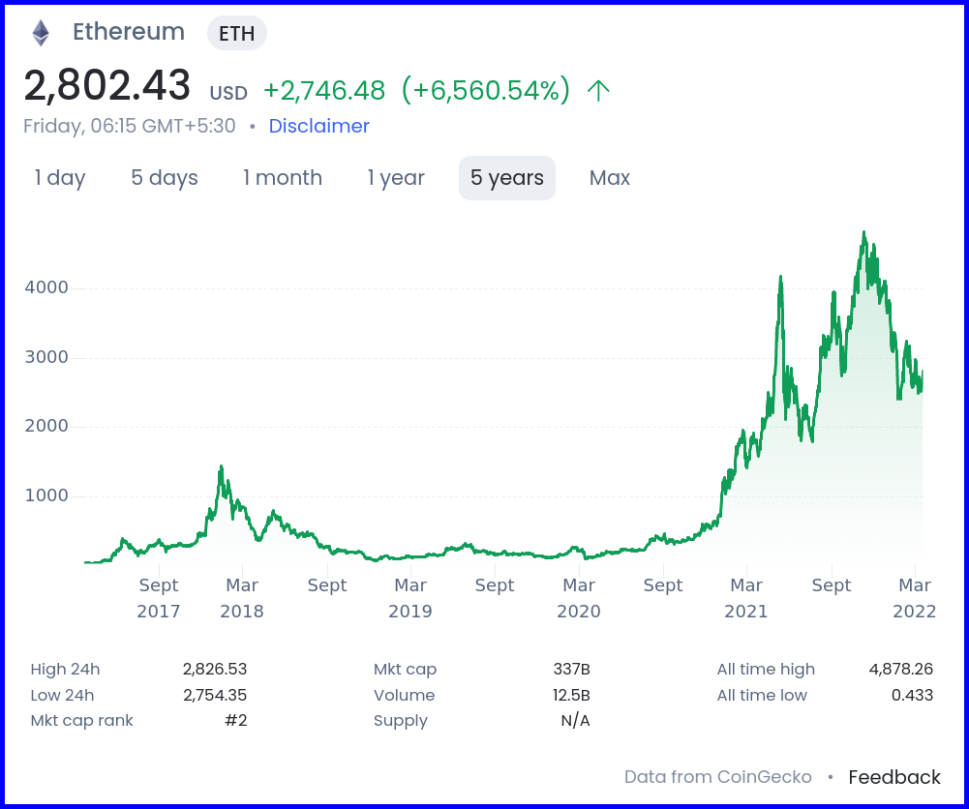 However, the fees per transaction of BTC and ETH are higher thereby making them not suitable for micro-transactions. 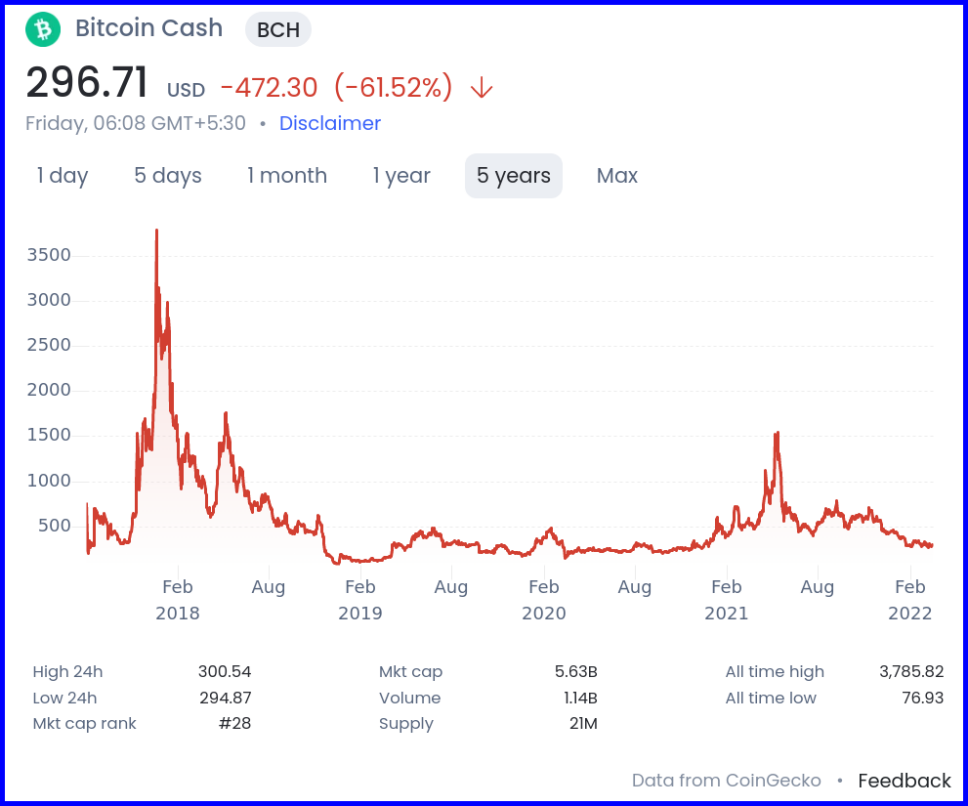 A hard fork of Bitcoin started on August 1st, 2017, with a new name Bitcoin Cash. The block size of the Bitcoin Blockchain was increased to cater to more number transactions.

The scaling problem of Bitcoin has been solved in Bitcoin Cash. The time for each transaction is much less than in Bitcoin. The fees per transaction have also been drastically reduced.

Less fees and processing time makes BTC suitable as a cryptocurrency for micro-payments. BCH is also the default tipping currency for the parent platform.

I have simple questions from the cryptocurrency price graphs

The price variation of cryptocurrencies during the last five years is pretty interesting. I have got some questions about those graphs.

What are your thoughts about the price variations of different cryptocurrencies?

I understand many of you are cryptocurrency lovers, enthusiasts, quasi-experts, and experts. While reading different articles, I got a feeling that some of you might be having better experiential knowledge.

I actively develop solutions for password and cybersecurity relevant to cryptocurrencies, blockchain, and other block-less distributed ledgers.

All other graphics and videos are credited just below it.

Disclaimer: All texts are mine and original. Any similarity and resemblance to any other content are purely accidental. The article is not advice for life, career, business, or investment. Do your research before adopting any options.