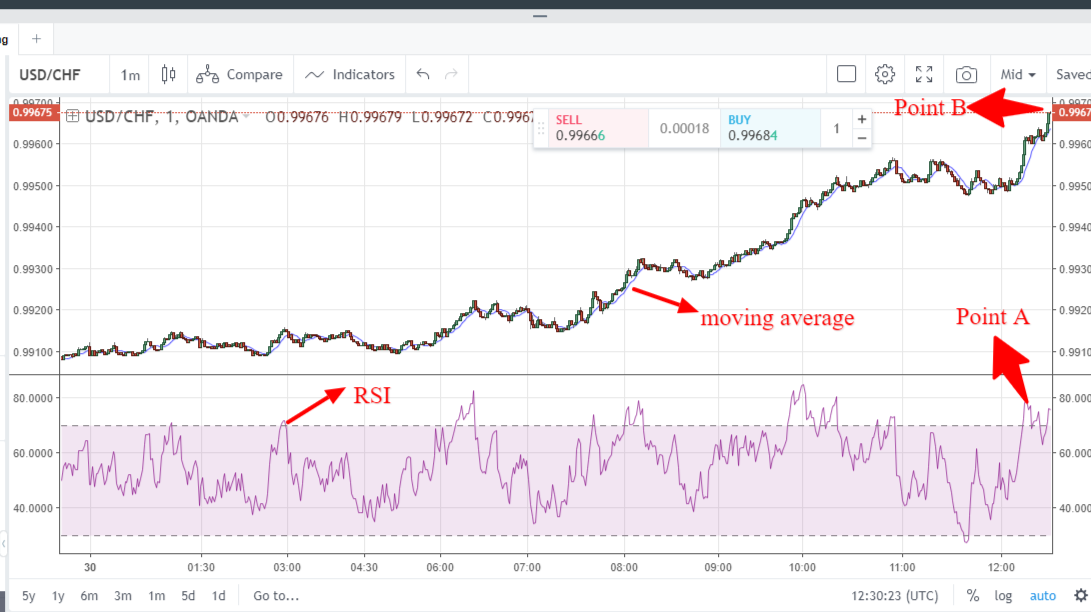 RSI is an oscillator indicator while moving average is a trend indicator.RSI is used to indicate whether the market is oversold or overbought while moving average is used to indicate whether there is support or resistance in the market. Today being monday, September 30th, the USD/CHF market has been trending upwards most of the time and managed to go as high as 0.9967 thus many traders have remained confused whether to continue trading upwards or to change their positions and open a downward trend. Using the concept of RSI and moving average, we have managed to predict the direction of the market for today for the remaining time which if a well risk management strategy is applied more money is going to be made. This is indicated from the candlesticks chart below;

From the candlesticks chart above, there is point A located along the RSI and point B located along with the moving average. We have used these two indicators to predict the direction of the market for the remaining time as follows;

Using the concept of RSI, the market is considered to be overbought if the RSI goes above 70 and oversold if the RSI falls below 30. At point A, the RSI has gone above 70 thus signaling the trader of an overbought market condition.This will help the trader to close the previous bought  position for USD/CHF currency pair and open a new sell position at 0.9967