GBP is a great Britain currency while USD is a USA currency. Both serves as a means of exchange in respective jurisdiction. On Monday,the 5th of July,one GBP started trading at around $1.38191. By Tuesday the same week,the price had managed to go as high as $1.38947 but later dropped to around $1.37746 the same day. On Wednesday the same week,the price rises again to around $1.38420 but later dropped to around $1.37425 on Thursday . This upwards and downwards movement is as a result of traders behaviour which can be explained as from below: 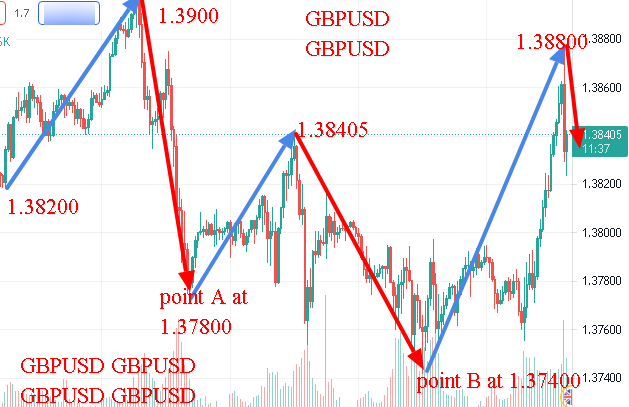 The above is the market for GBPUSD. Two points are being indicated. There is A and B. Before point A, the market can be seen to have gone as high as $1.3900 from its previous low of $1.38200. At 1.3900, more buyers are getting into a long position in the hope that the GBPUSD market will continue moving upwards. This created an overbought market condition over there thus causing the market to resist to continue moving upwards but instead reversed and slightly moves downward to point A at 1.37800. At point A, the buyers who were holding the long positions are beginning to close them and open a short position in the hope that the market will continue moving downwards. This again creates an oversold condition at point A thus causing the market to experience a support point over there and slightly moves upward at 1.38405. At 1.38405, more buyers are again entering a long position hoping the market to moves upward further. This again creates an overbought condition over there which results to a downwards market reversal all the way to point B at 1.37400. At point B, the sellers are increasing in number thus causng the market to gain support and moves upward all the way to 1.38800. The market can be seen to have started a downwards trend. In the coming week,if the buyers will continue exceeding the sellers,there is possibility to have a downwards trend while if the sellers will have exceeded the buyers,there is possibility of the market to continue an upwards trend. Make sure to apply risk management and strategy well whenever your position is running to avoid being punished by the market because greedy traders are punished by the market. 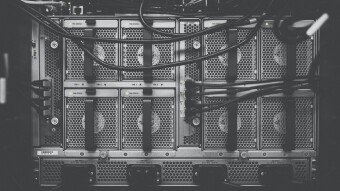 Crypto Companies: Another Tech Giants or New Era of Tech 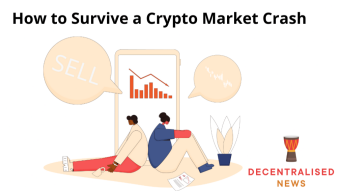